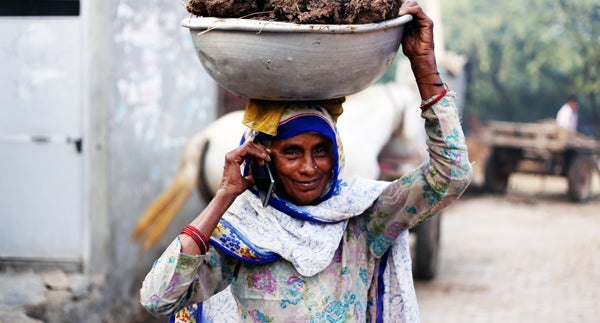 By any account, I have had an interesting life, full of colour and adventure. I have been places where I was the first white woman lost tribes had ever seen. I have collected mosquitoes off the walls of village houses, done night blood slides for filariasis, convened the first global summit on civil registration and vital statistics, and run a teaching hospital. I have met the Queen, started my own company, sold my own company, and so much more.

But my life never has been quite as interesting as it has been this past 12 months with blockchain. With that in mind, I thought I’d share what happened in 2017 in blockchain and what I think is coming in 2018.

2017: The Year in Blockchain
A Whole New and Amazing Language of hard forks, soft forks, faucets, miners and hashes and a world of #biteverything!

An Epidemic of Conference Fever: I have clearly been in the wrong industry! I have been to conferences, but none like the Blockchain crowd. Initial Coin Offerings (ICOs) with money to burn, startups hoping to be the next unicorn, cashed-up investors trying to find the next unicorn, genius introverted developers planning to re-create the universe – but keeping it pretty quiet. Newbies – stumbling in the melee, hoping to understand the excitement.
There is a conference a minute – all bigger and better than the last and all promising and exciting new future and great riches. Fantastical parties, huge screens in Times Square …. I even had a panel invasion in Silicon Valley, where our Blockchain for Social Good Panel was hijacked by someone spruiking (as we Aussies say) their own ICO!

Hyped up Offers and Vaporware: “Have I got a deal for you!!?? I don’t know you, I don’t know what you do – but how about you advise our ICO? Actually – can we just put your face on our website and say you are an adviser. Then we will give you some tokens that may or may not be worth something?....”

New Friends Everywhere – United In The Belief That We’re Changing The World! - #blockchaingers find each other. I meet new people every week from every corner of the globe who are on the journey to create global change. There increasingly are connected groups around the world united in the belief that blockchain can change the world for the better. Whether its new forms of democracy, transparent payment systems, tracking donor funds, supply chain, giving identity to displaced people, supporting vulnerable groups in the justice system, addressing women’s and children’s health or the World Blockchain Academy for Girls, we in blockchain are united by the belief that we are at the forefront of a world changing technology, and we want to make sure it does just that, for the better. We feel like a family – and that’s amazing across time zones and countries and virtually.

My Six Predictions for 2018
1) #Womeninblockchain will be a global social movement.

2) Blockchain will take off in emerging markets. Key use cases will be financial inclusion, identity, green energy, supply chain, and health.

3) There will be convergence among blockchain and the internet of things (IoT), artificial intelligence (AI) and Big Data.

4) Scalability and performance issues will be overcome. There is a “race for the moon” among platform developers and we will see platforms emerge this year that are more scalable, faster, and minimize energy consumption.

5) Governments, donors and central banks will embrace blockchain. Other resource rich countries will follow Venezuela’s lead and develop digital currencies backed by their resource reserves. Donors will get off the fence and start supporting blockchain projects that can transform lives of the poor and vulnerable and governments will be inspired by the likes of Estonia and Dubai and start to follow suit.

6) The power of virtual communities (DAOs) will become more obvious as decentralised groups organise and understand how to use their voice and influence. We will see more ICOs around global social issues.

I look forward to sharing the journey with you all!

Focus Areas
Governance & Justice
Decentralization, Transparency & Institutional Effectiveness
Thinking and Working Politically
Justice, Rights & Empowerment
Capabilities
Digital Transformations
Data Capture & Surveys
Jump Forward
Work With Us
Ready to change people's lives? We want to hear from you.
We do more than solve the challenges our clients have today. We collaborate to solve the challenges of tomorrow.
Link