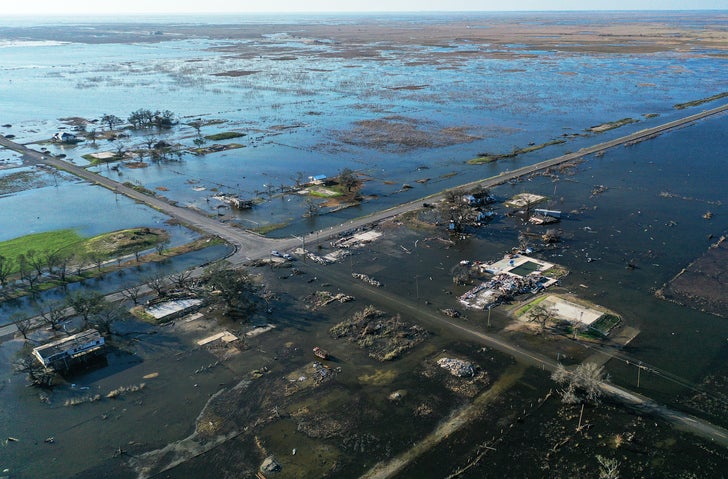 In Greek mythology, Cassandra was the daughter of King Priam, the ruler of Troy during the Trojan War.

Her beauty caught the eye of the archer-god Apollo, who bestowed upon her the gift of prophecy but later placed a curse upon her that no one would ever heed her predictions. Despite Cassandra’s accurate foresight of the destruction of Troy, her predictions were met with disbelief. Today, scientists are under a similar curse, stemming from the often confusing and conflicting communication of scientific uncertainty to policymakers and the public.

No issue is more illustrative of Cassandra’s curse than global climate change. A 2004 study by Naomi Oreskes published in the prestigious journal Science reviewed 928 articles on global climate change appearing in peer-reviewed scientific journals between 1993 and 2003. Of the 928 articles, not a single paper disagreed with the consensus position that humans are impacting the Earth’s climate. In September of 2007, the Intergovernmental Panel on Climate Change (IPCC), an international group established with the purpose of evaluating the state of climate science as a basis for informed policy action, released its Fourth Assessment Report. In the report, the IPCC clearly stated that there is a scientific consensus that: “Most of the observed increase in globally averaged temperatures since the mid-20th century is very likely due to the observed increase in anthropogenic greenhouse gas concentrations.” The main national academies of science, including that of the United States, have agreed for almost two decades that human-driven climate change is a clear and growing danger. Yet, despite this strong scientific consensus, relatively few actions have been taken in the past two decades that will yield meaningful results towards mitigating climate change. Why? 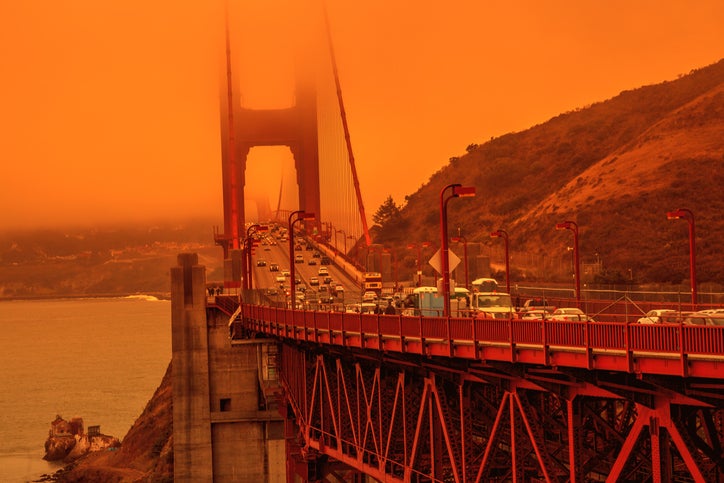 For instance, scientific studies require a 95 to 99 percent statistical level of confidence to be conclusive, a standard that often exceeds the level of confidence required for action in the policy realm. In reality, uncertainty does not make a possible outcome less harmful. Uncertainty is simply the probability that said outcome will occur, irrespective of the severity of the outcome. Policy that uses uncertainty as an excuse to reduce efforts to mitigate a potentially pending crisis only shifts the outcome of that crisis towards a more severe scenario should it occur. Thus, while “uncertainty” may exist, the likelihood or certitude of a specific outcome can exist alongside it, as is the case with the scientific community’s consensus regarding humanity’s role in climate change.

Consequently, “uncertainty” in the scientific arena can be misunderstood when translated to the policy world, leading to frequent miscommunication by scientists and misinterpretation by policymakers and the public. Such miscommunication is illustrated by a Gallup poll released in April 2006. Despite the resounding scientific consensus on global climate change and warnings by scientists of the consequences of inaction, the poll found that 62 percent of Americans disagreed with the statement that global warming will “pose a serious threat to you or your way of life in your lifetime.”

To break Cassandra’s curse, scientists must make a concerted effort to clearly communicate to policymakers and the public the nature of scientific inquiry and the distinction between scientific consensus and scientific uncertainty because, while the latter will almost always exist, it does not preclude the former. Studies on the communication of scientific issues demonstrate that, with minimal educational intervention, the general public can make logically consistent assessments of complex scientific issues characterized by expert uncertainty.

When retelling their story, scientists, in addition to explaining the nature of scientific inquiry, must also tailor their message to make it relevant to specific audiences, as discussed by Matthew Nisbet and Chris Mooney in the April 2007 issue of Science. One example presented in their article is the framing of global climate change as a moral obligation to protect God’s creation, which was found to resonate in some religious communities. With little imagination, other contexts that engage different sectors of society can easily be conceived.

While breaking Cassandra’s curse requires a resolute effort by scientists to educate the public regarding the nature of scientific inquiry and to make their message personally relevant, bridging the gap between science and policy doesn’t rest solely on the backs of scientists. Journalists must strive for objectivity and remain cognizant that the public’s perception of scientific uncertainty is influenced by the characteristics of news stories. For example, it would be misleading to have two scientists, a climate change skeptic and a climate change supporter, debate the basis of climate change on a news channel since this gives equal weight to both sides of the theory. In reality, for every 100 climate scientists, 97 support the theory that climate change is human induced while only three believe that humans are not responsible. Therefore, to be consistent with the scientific consensus, the hypothetical televised debate should occur between 31 scientists that support the theory of human-induced climate change and only one climate change skeptic.

Policymakers must also remember that decisions are often made in the fog of uncertain outcomes. During World War II, the decision was made to proceed with testing the atomic bomb, even though scientists were unsure whether the detonation would ignite the atmosphere. Acting against global climate change is unquestionably a less risky decision and we must ask ourselves whether our grandchildren will forgive us for ignoring a preventable tragedy. 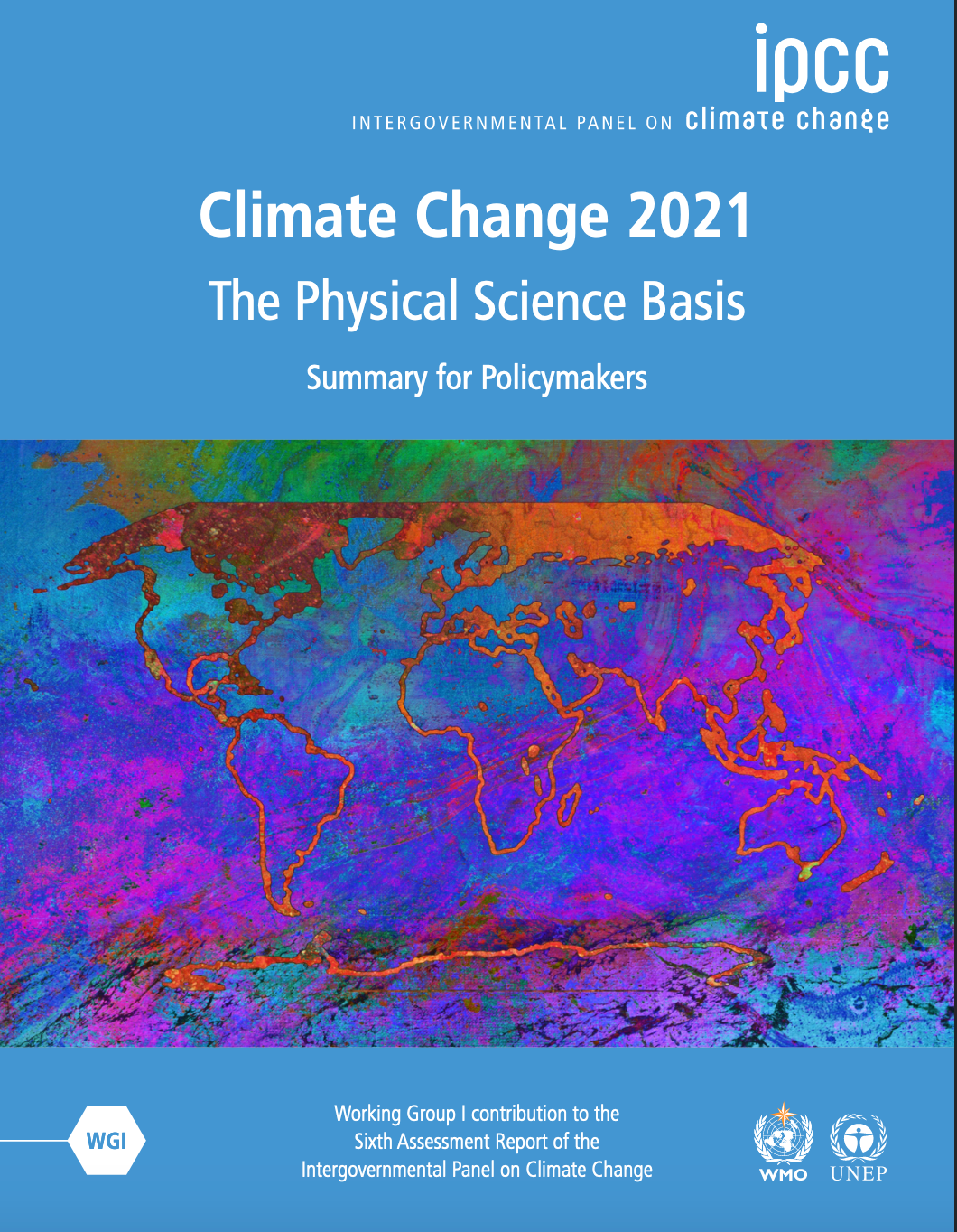 The good news is that there are signs that Cassandra’s curse might be lifting. In 2014, a poll by the Yale Program on Climate Change Communication asked Americans whether they believed that “global warming is mostly caused by human activities.” At that time, less than half of Americans believed the statement to be true (48 percent) with only 18 states polling at over 50 percent. However, when the same question was asked in 2020, 57 percent of Americans believed the statement with 46 states polling at more than 50 percent. While a 9 percent shift at the national level is impressive, the shift at the state level is critical since each state elects two senators who will be helping to decide climate policy.

The shift in the belief that human activities are driving climate change is likely the result of: 1) better messaging from the scientific community, including less technical communication such as in the IPCC report’s summary for policymakers; and 2) the fact that we are experiencing increasingly intense impacts of climate change through more severe weather events like the summer heatwave that scorched the Pacific Northwest, the recent flooding in Tennessee, and Hurricane Ida. With dire warnings of the consequences of ignoring the climate crisis issued in the IPCC’s Sixth Annual Report in August 2021, now is the time for scientists, educators, journalists, and legislators to act in concert to clearly communicate the scientific basis for climate change and to support the Biden Administration in enacting meaningful climate legislation in the United States.