In his blog of June 4, Stephen Howes said that there was “a lot to like” about DFAT’s new ‘Partnerships for Recovery’ strategy. There was also a lot to like about Stephen’s blog.

More positively, Covid-19 may interrupt the populist wave as (some) governments rediscover their appetite for data and sober, reasoned analysis. Where states have performed well, trust in state institutions may be restored. But we don’t know the impact on the social contract. 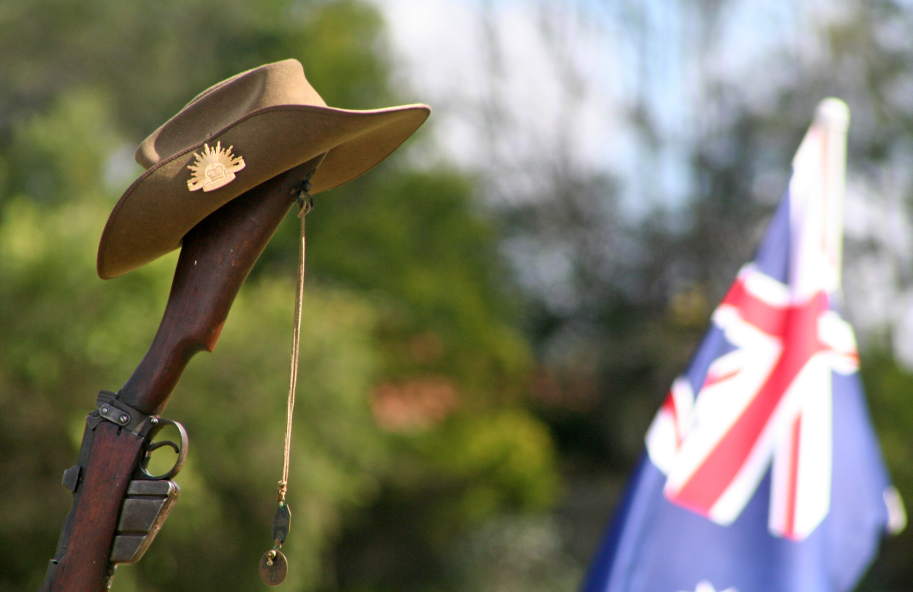 In Australia, Covid-19 will accelerate the promotion of Australia’s self-interest. This is legitimate; the basic function of any state is to protect its citizens. Equally Covid is likely to accelerate Australia’s enthusiasm for soft power. For a middle ranking country, soft power matters. Australia will never be able to compete economically or militarily with China, but its appeal lies in the attraction of its model: “mateship”, “she’ll be right” and “fair dinkum” may be hackneyed and even untrue, but projecting the value of an open, tolerant and compassionate country matters. The post-Covid world will also see a further ‘narrowing’ of Australia’s foreign policy agenda on diplomacy at the expense of development.

What could this mean in five years for the aid program? In this blog, I put forward some answers to this question. Not everyone will agree with me, but the aim is to provoke discussion.

In terms of policy, it is probable (I suggest) that (i) the strategic goal of aid will be to support foreign policy objectives; (ii) the aid budget will fall to some irreducible minimum – I hope I am wrong here; (iii) the DAC ODA definition will be abandoned – by Australia and others; (iv) greater responsibility, authority and resources will be devolved to Heads of Missions; and (v) funding for multilaterals will be cut.

In terms of geography, aid programs will be ended across South Asia, as well as most of mainland south-east Asia, leaving only Indonesia, the Philippines, and possibly Vietnam. There will be greater focus on the Pacific, and PNG will remain inescapably critical.

In terms of sectors, I suggest that Australian aid will (i) withdraw from infrastructure support as Australia recognises it cannot compete with China; (ii) shrink to supporting agriculture (for greater self-reliance) and education and health; and (iii) feature an exit from governance –  too hard, takes too long and nobody understands it anyway.

In terms of modalities, it is likely to mean (i) a political preference for short-term transactional investments being balanced against a developmental preference for longer-term arrangements; (ii) the re-assessment of co-production mechanisms in the islands; (iii) an increased dependence on local partners in place of Australia-based managing contractors; and (iv) a reduced emphasis on ‘innovation’ – certainty and simplicity being prized.

The implications of these accelerators and intensifiers will play out differently in south-east Asia and the Pacific. The table below is what the policy and development agenda could look like in the next two to five years.

Three points should be noted. First, interventions will go ‘upstream’ in the MICs and ‘downstream’ in the PICs. Second, in the most vulnerable PICs, Australia will consider ‘Compacts of Association’. This idea has been raised over the years, but its time may have come. John Blaxland suggests that such Compacts should “involve closer partnership arrangements over territorial and maritime domains, assisting with administration and management, security and governance”. Third, the price of access, policy influence and a privileged place at the table will be budget support; free cash into the consolidated account. It can be ‘protected’ to some extent with separate accounting arrangements, but ultimately – once in the partner account it is their money not ours 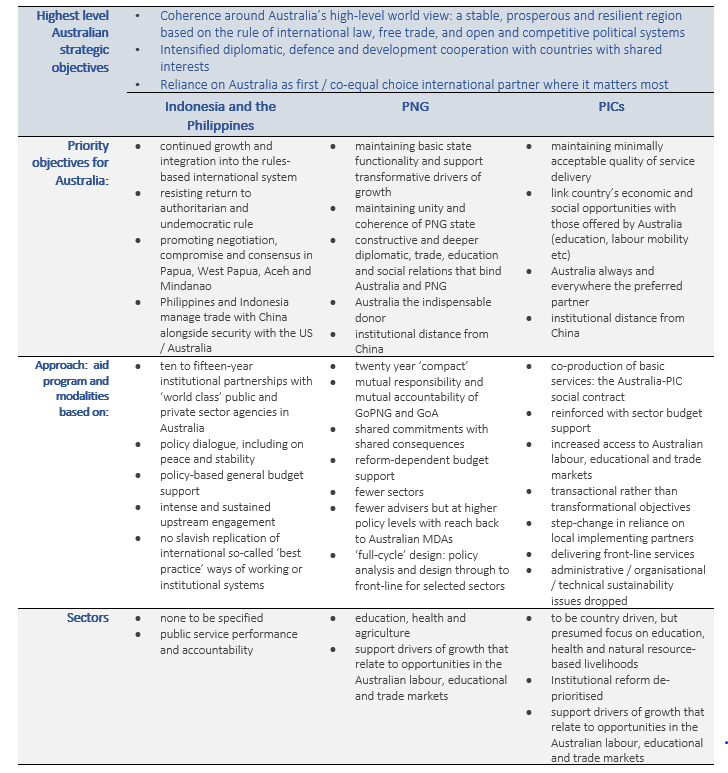 These three trends will be expensive. To assist Indonesia and the Philippines improve the effectiveness, efficiency and equity of their domestic resources will be costly. To put in place world-class advice, ‘360 degree wrap-around’ policy support (reporting. evaluation, analysis) cannot be done cheaply. To support the PICs in delivering minimum levels of service delivery will be costly. To fund these strategic shifts, savings made from closing country programs must be re-allocated, not banked as Treasury gains.  If these issues are ducked, the question becomes – what next? To whom will the MICs and the PICs turn? How much risk is DFAT willing to bear?

This thinking and strategising has to start now.

This blog is drawn from a Working Paper published on the Abt Australia Governance and Development Soapbox website.

This piece was first published with Devpolicy.

Focus Areas
Governance & Justice
Decentralization, Transparency & Institutional Effectiveness
Thinking and Working Politically
COVID-19
Capabilities
Research, Monitoring & Evaluation
Technical Assistance & Implementation
Regions
Australia & Asia Pacific
Jump Forward
Work With Us
Ready to change people's lives? We want to hear from you.
We do more than solve the challenges our clients have today. We collaborate to solve the challenges of tomorrow.
Link