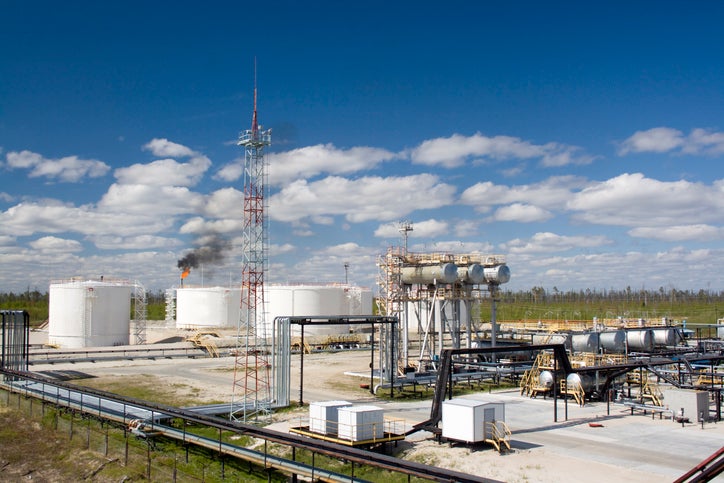 Methane continues to bubble up in climate news as a major priority.

Due to methane’s unique properties and chemistry, it’s estimated to have 28x the impact on global temperatures that carbon dioxide has. Scientists and policy makers are realizing the seriousness of methane’s threat to global climate stability and the opportunity to keep US emission reductions on target with global commitments because it delivers fast climate benefits from its immediate reduction.

Why is Methane a Climate Problem?

Reducing methane emissions is more urgent than ever given the Intergovernmental Panel on Climate Change’s latest findings that unless there are immediate, rapid, and large-scale reductions in greenhouse gas emissions, limiting warming to close to 1.5°C or even 2°C will be beyond reach.

And that’s where the Pipeline Hazardous Materials Safety Administration (PHMSA) comes in. PHMSA is the agency responsible for developing and enforcing regulations for the safe, reliable, and environmentally-conscious operation of the US's 2.6 million miles of pipeline transportation. And for years Abt has provided PHMSA support for regulations that reduce methane emissions from leaking natural gas pipelines. One estimate suggests these emissions could be as high as 690,000 metric tons a year. That’s equivalent in climate impacts to about 19 million metric tons of carbon dioxide or the average use of 3.7 million cars and passenger vehicles in one year. Another estimate suggested total methane emissions from pipeline transmission and storage of natural gas ranged from 1.2 million metric tons per to 1.95 million metric tons a year.

Where are these leaks occurring?

Usually, methane leaks are the result of minor damage during excavation operations, metal failure, improper operation, or corrosion. The only ways to prevent these leaks are regular inspect pipelines and fixing pipeline defects, deformity, and other irregularities. Sometimes methane is also released in rare but large accidents such as the San Bruno incident in 2010, which killed eight, injured 51, destroyed or damaged 108 homes, and released an estimated 2,500 metric tons of natural gas.

After San Bruno, Congress passed the 2011 Pipeline Safety Act. The law empowered PHMSA to reduce the risk of incidents by imposing improved pipeline integrity management requirements that also will reduce emissions. The rules focused on actions operators must take to improve periodic pipeline assessments. PHMSA, with Abt’s support, published the first of three final rules tackling pipeline safety in October 2019 and is expected to publish the second of three in October 2021.

San Bruno incidents are rare but dozens of small incidents can release on average about one metric ton of methane per incident. Over time these incidents add up. Abt’s Environmental Assessment of the first rule PHMSA published estimated that over a 10-year period, minor incidents released almost 1,000 metric tons of methane.

The next phase of reducing pipeline leaks just began this year. Section 114 of the Protecting Our Infrastructure of Pipelines and Enhancing Safety (PIPES) Act of 2020 requires pipeline operators to revise their inspection and maintenance plans to minimize undetected releases of natural gas from pipelines. PHMSA already started soliciting public comments to identify the optimal approach to tackling the additional millions of metric tons of gas leaking from pipelines this way each year.

For now, the best path forward is to continue to engage with policy makers and ensure that the regulations that result from the PIPES Act further reduce methane leaks from pipelines in the United States. Otherwise, limiting warming to close to 1.5°C or even 2°C will be beyond reach.

Unequal Burden to Unique Opportunity: 10 Ways to Boost Adaptation Finance for Small Island Developin... This blog offers 10 ways to involve SIDS--which are hard hit by climate change but also offer insights into adaptation best practices-- in climate finance.
More Dollars, More Sense: How Investing in Our Planet Really Adds Up Abt's global work to provide equitable solutions to climate change illustrates how addressing the IPCC's concerns makes financial sense.
The Proposed SEC Climate Disclosure Rules: An Opportunity for USAID's Climate Strategy The proposed SEC climate disclosure rules present an opportunity for USAID to advance its Climate Strategy in partnership with the private sector
Investing in the Earth Pays Off. Now It's Time to Double Down. Earth Day reminds us that investment in climate and energy can be a win for the environment, the economy, and human health.
Focus Areas
Environment & Energy
Climate Change
Policy and Regulation
Clean Energy Solutions
Land, Waste, and Emergency Management
Capabilities
Research, Monitoring & Evaluation
Technical Assistance & Implementation
Technical Assistance
Regions
North America
Jump Forward
Work With Us
Ready to change people's lives? We want to hear from you.
We do more than solve the challenges our clients have today. We collaborate to solve the challenges of tomorrow.
Link