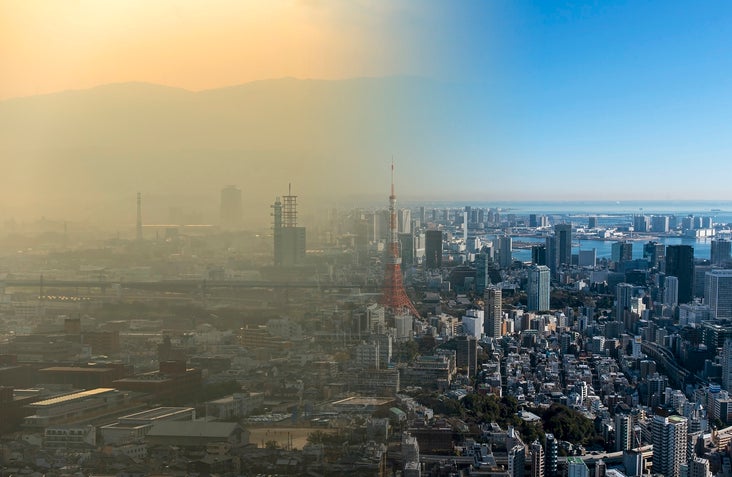 Governments are undervaluing climate mitigation benefits by overlooking the improvements in public health that result from reducing emissions.

Governments at all levels are making commitments to reduce greenhouse gas (GHG) emissions in order to fight climate change and strengthen the economy. President Biden has set a goal of net zero GHG emissions by 2050, and many states and local governments have made similar pledges. Achieving these goals will provide significant long-term, global benefits by helping to stabilize a warming planet. But, even in the aftermath of COP26, there is resistance to decarbonization at least in part due to financial concerns. Yes, meeting GHG emission reduction goals will require an unprecedented shift away from the combustion of fossil fuels to generate energy, but the result will be massive reductions in emissions of particulate matter, nitrogen oxides, sulfur dioxide, and other air pollutants. The improved air quality from reduced fossil fuel combustion will provide measurable health benefits, including avoided hospitalizations, asthma attacks, and even premature deaths, and the monetary value of these benefits is both knowable and significant.

Doing the Math: Quantifying the Health Benefits of Climate Mitigation

While most climate action plans acknowledge the potential for these benefits of improved air quality, nearly none of them attempt to quantify those benefits with any rigor. Abt Associates reviewed climate action plans and decarbonization analyses conducted by more than 30 states and found that only three of them included quantitative estimates of the public health benefits from improved air quality.

The plan for one of those states—New York—included quantified health benefits based on work conducted by Abt. New York is on a path to net-zero GHG emissions by 2050 by transforming energy consumption in every sector—electricity generation, motor vehicles, industrial, and residential and commercial buildings. By monetizing the public health benefits of this transformation, New York was able to show that the total benefits of their climate action plan would exceed the costs.

The Build Back Better Act currently being debated in Congress includes billions of dollars in grant funding for states and local governments to develop climate action plans. Each of these plans can and should include a full accounting of the benefits of emissions reductions, including the public health benefits.

Abt Associates can support this effort through the tools and methods we’re continually developing in our Climate HealthCounts™ framework.

Tackling Gender-based Violence Exacerbated by Climate Change Integrating GBV services into climate action planning can mitigate the risks of GBV and reduce GBV-related challenges experienced by women and girls during acut...
Pathways to Urban Resilience for Indigenous Peoples A truly inclusive, equitable urban resiliency approach must incorporate indigenous peoples' voices in the planning, design, and implementation of solutions.
Local Climate Action Plans: Centering Equity in Planning and Implementation This blog offers communities tips for creating data-driven, equity-centered climate action plans.
Marine Litter 101: What You Need to Know Marine litter, including plastics, is a persistent environmental pollutant that leaks into the waterways and causes environmental, economic, and health impacts....
Focus Areas
Environment & Energy
Climate Change
Clean Energy Solutions
Health
Capabilities
Technical Assistance & Implementation
Regions
North America
Jump Forward
Work With Us
Ready to change people's lives? We want to hear from you.
We do more than solve the challenges our clients have today. We collaborate to solve the challenges of tomorrow.
Link