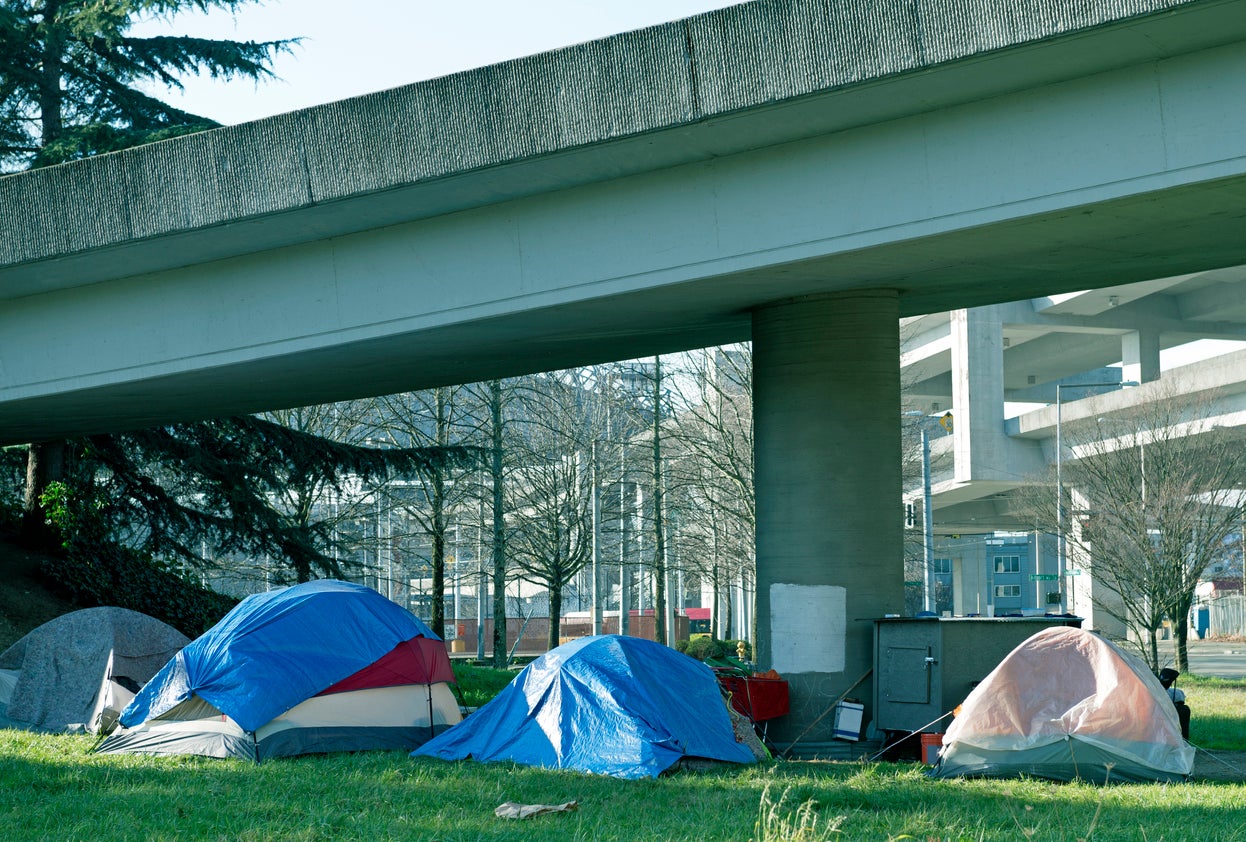 With homeless encampments in the news, now is the time to review what experts know about this facet of the country’s housing crisis. It will take a national conversation to address the underpinnings of the crisis—which include a severe shortage of affordable housing, the redevelopment of inexpensive housing or previously unbuilt areas, and shortcomings in local shelter systems--but the solutions to encampments will need to be responsive to each city.

Some people live in encampments because their local shelters don’t have room to house them. Others may be reluctant to enter shelters because program rules prevent or discourage them from doing so. For these people, encampments may be more appealing because they offer autonomy, greater perceived safety in numbers, and a sense of community. But they also can present health and safety risks to the people living in them, as well as surrounding residents and businesses.

Studies show that cities are developing and implementing different responses to assist people living in encampment settings. These responses vary from acceptance to camping bans that criminalize sleeping on the street. Cities have to balance the interests of those living in encampments, local residents, and business owners with available resources and the potential for legal challenges. As a result, many communities use multiple approaches at once, depending on factors in their communities.

Broadly, some cities tolerate homeless encampments, either by officially sanctioning them or opting to not create or enforce policies that would disrupt the people who live in them. Cities with sanctioned encampments—including Portland, Honolulu, and Seattle—have passed ordinances or changed zoning to allow encampments in designated locations. These encampments typically have formal rules to manage their operation and size. They also may have some type of infrastructure, including temporary structures and hygiene facilities, as well as supportive services provided by organizations or volunteers. In some cases, the encampments are self-governing. These approaches are often taken as interim measures; there’s little evidence they reduce homelessness.

Of course, another approach that’s currently under discussion is clearance. Some cities offer minimal notifications of sweeps that force people from the encampments, and provide limited linkages to other supportive services. After residents are moved, the physical space is often cleared and then a physical barrier may be erected to prevent people from re-occupying the space.

Existing literature does not support clearance as a means of increasing shelter usage or resolving encampments. Typically, people who are cleared simply move to another location, which disrupts their ability to focus on longer-term stability while doing nothing to address either this population’s immediate needs or the underlying issues. Additionally, a clearance approach with little support for encampment residents can create an adversarial relationship between them and outreach workers or other potential supports, further reducing the likelihood that people living in encampments will move to shelters.

Not only can clearance be harmful to the people living in encampments, it may not be legal depending on how it’s executed and what options are available to the people who are impacted. In 2018, the 9th U.S. Circuit Court of Appeals’ decision in Martin v. City of Boise held that “as long as there is no option of sleeping indoors, the government cannot criminalize indigent, homeless people for sleeping outdoors, on public property.” People living in encampments in other cities have sued because they have lost their personal property during encampment clearance processes.

A clearance approach can be tempered by providing more support in the process. Some cities take a gradual approach to clearance. During an established period of time, outreach workers--sometimes assisted by mental health workers or police officers with special training--help residents identify shelters or other potential housing options. Requirements for those facilities may be modified or waived in an effort to appeal to encampment residents. San Francisco, Minneapolis, and Seattle are among the cities that have constructed shelters with no rules in order to encourage people from encampments to enter.

Whatever the policy, the data tells us that a collaborative, thoughtful approach to supporting encampment residents will result in more people finding housing, even if that response includes clearing encampments. To have that level of collaboration, solutions need to be developed locally, responsive to the specific needs of each community while maximizing and adapting the resources that are available. A reactionary approach that fails to address the needs of people experiencing homelessness—and disperses this highly vulnerable population without a follow-up plan—makes the challenge that much harder to resolve.

Focus Areas
Housing, Communities & Asset Building
Housing & Communities
Homelessness
Housing As a Platform for Well-Being
Capabilities
Research, Monitoring & Evaluation
Research & Analysis
Evaluation
Regions
North America
Jump Forward
Work With Us
Ready to change people's lives? We want to hear from you.
We do more than solve the challenges our clients have today. We collaborate to solve the challenges of tomorrow.
Link