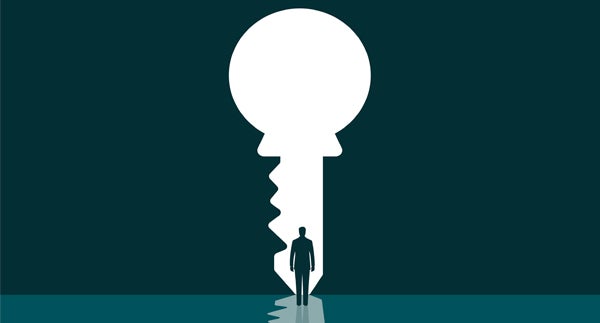 The Department of Housing and Urban Development’s (HUD) Office of Policy Development and Research has begun the work of developing a composite measure of housing security, a commendable and important effort.

Individuals and families without secure housing may have difficulty getting enough to eat, staying healthy, learning and developing skills, being connected to a community, and finding and retaining a job. At its most extreme, not having secure housing means to experience homelessness — to stay in a shelter or in a place not suitable for human habitation.

Comprehensively measuring housing security can be very useful. It can help predict who is most likely to become homeless, supporting efforts for homelessness prevention. It can help us better measure the adverse consequences of insecure housing than we have so far. Such a tool also will be useful in research measuring the effect on housing security of a wide range of efforts to help low-income adults and children improve their health, their skills, and their financial well-being.

Why Does a Measure of Housing Security Not Exist Already?

For 20 years, the U.S. Department of Agriculture has had a definitive measure of food security that identifies whether all members of a household are getting enough to eat. Why doesn’t HUD already have a similar measure? Because not having secure housing is more complex than not getting enough to eat. Housing can be insecure for at least three reasons:

Households often make trade-offs that affect these individual dimensions. For example, some people choose to pay more for housing to afford a better-quality unit or to double-up with another household to afford the rent. So a measure of housing security must take into account that households make trade-offs among housing quality, housing cost, and stability of tenure.

The multi-dimensional nature of housing security creates challenges for its measurement. Since the late 1970s, HUD and the Census Bureau have conducted a survey of housing units called the American Housing Survey (AHS). The AHS has numerous questions about the household’s income and the cost of the housing that support a measure of affordability — the fraction of the household’s income spent on housing. The AHS also asks questions about functional problems with the housing unit that support a measure of poor quality or “inadequacy.”[1]

However, the survey questions in the AHS are so numerous that it would be impractical to repeat them in other surveys, particularly those that measure other dimensions of family well-being, such as surveys that focus on health. Therefore, HUD is developing a topical module to be considered for inclusion in the 2019 AHS to test a shorter set of questions more like those used to measure food security – questions that ask about the household head’s perception of whether the housing unit is affordable and of adequate quality. Since the AHS includes objective measures of these same issues, it can then be used to determine if the alternative questions generally identify the same cost-burdened households and households that live in inadequate housing.

If the shorter questions fail to identify the same households, however, determining why will be difficult. Is the smaller set of questions not well designed, or did the AHS-based measure identify the wrong households? For example, the AHS may identify as severely cost burdened households with incomes that were temporarily low at the time the survey was taken, and those households may appropriately answer “no” to questions about whether they feel they cannot afford their housing.[2]

Stability of tenure might be the most difficult-to-measure dimension of housing security. The least stable people may not be the householder — the person answering the AHS questions — but instead an individual or family staying temporarily in someone else’s housing unit. We know from national analyses of administrative data on homelessness that the typical place an individual or family stayed before entering a homeless shelter was someone else’s housing.

The 2013 AHS used a supplemental set of questions to get at the issue of “doubling up.” The survey asked the householder about any person or group of people who moved in at a different time from the primary occupants of the unit or who recently moved out of the housing unit. Those questions, however, did not get to the heart of the issue of stability: Did people move in because they had no other choice? Were they (or would they be) able to stay if they wanted to?

Once again, more than one approach is needed — in addition to testing a different set of questions in the 2019 AHS, it will be important to use qualitative research and pilot tests to develop questions on stability of tenure to be used in a composite measure of housing security.


[1] Together, these two measures are used by HUD to estimate the number of renter households with very low incomes that do not have housing assistance and have “worst case needs” — pay more than half their income for housing or live in severely inadequate housing.  The estimates are presented in a series of “worst case needs” reports.
[2] The topical module under development in may not include a measure of crowding.  A traditional measure of crowding that uses either the AHS or the “census” — the American Community Survey — compares the number of rooms in a housing unit (other than kitchens and bathrooms) to the number of people living in the unit, with more than 1.5 persons per room considered severely overcrowded housing.  Part of a measure of housing security could be based on only two questions — number of people and number of rooms.  However, the traditional measure may not capture well whether the unit really is overcrowded from the point of view of its occupants — which depends on how the occupants are related, whether they are adults or children, and what their functional needs are.

Focus Areas
Housing, Communities & Asset Building
Homelessness
Housing As a Platform for Well-Being
Capabilities
Research, Monitoring & Evaluation
Jump Forward
Work With Us
Ready to change people's lives? We want to hear from you.
We do more than solve the challenges our clients have today. We collaborate to solve the challenges of tomorrow.
Link