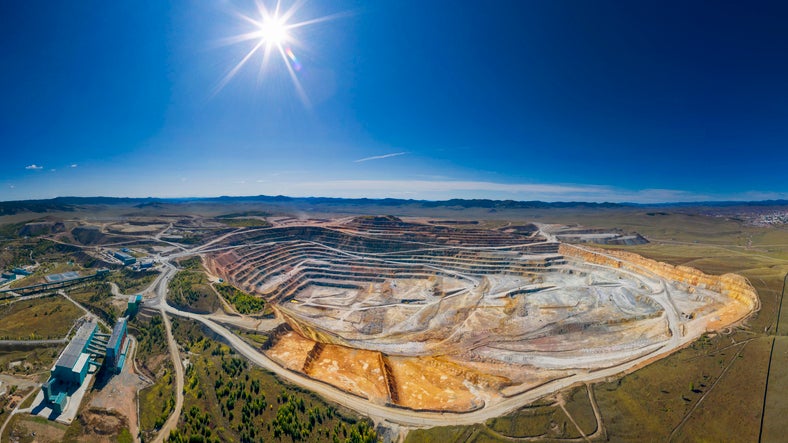 Transportation is responsible for nearly a third of all greenhouse gas emissions in the United States. That’s why, this past summer, President Biden signed an Executive Order with a goal that, by 2030, 50 percent of all new vehicles sold in the U.S. will be zero-emission vehicles. Supporting this goal, the recently signed Bipartisan Infrastructure Law provides for $7.5 billion to build a national network of charging stations for electric vehicles (EVs).

The Biden Administration has also emphasized the need to secure “a reliable and sustainable end-to-end domestic supply chain for advanced batteries.” Which brings me to my favorite quote from a recent Nature article, which notes that each EV “contains tens of kg of materials yet to be mined.” The author, Davide Castelvecchi, points out that for EVs to be sustainable in the long-run, we’ll need a comprehensive battery recycling program. But before we get to that, to meet the President’s goals, first we’ll need a ramp-up in resource extraction (that’s “mining,” to you and me) to produce the batteries needed for these new vehicles. Here’s some context:

According to a recent BBC article, to convert the United Kingdom’s fleet of 31.5 million vehicles to EVs would require twice the world’s current annual production of cobalt and three quarters of the world’s lithium. The U.S. has about 10 times as many vehicles as the UK; now, consider the number of cars in operation in the rest of the world, and, even without doing the actual math, it’s pretty clear that a large-scale conversion to EVs can only be accomplished with an initial uptick in mining of the materials needed to build the batteries.

Reserves of some of these “yet to be mined” materials, such as nickel and cobalt, are found largely outside of the U.S. and would ultimately be incorporated into Biden’s vision of a domestic supply chain through future recycling programs. However, while we wait for those programs to materialize, a recent White House report on Building Resilient Supply Chains notes that the U.S. does hold abundant deposits of lithium and other metals needed to build EV batteries. And so we can expect to see (and already are) new mining operations being proposed in the U.S. to support the EV industry, perhaps combined with some extraction of elements from existing acid mine drainage and other waste streams, as seen in a recent solicitation from the Department of Energy on constructing a Rare Earth Element Demonstration Facility for just these purposes.

The same White House report on building supply chains recommends that any ramp-up in “new raw mineral mining must be held to modern environmental standards” (which would require revamping of many of our mining and environmental laws, according to the report), and must “proceed with meaningful consultation with affected communities, including Tribal nations in government-to-government collaboration.” These last words are significant – as many mines currently being proposed/under review in the western U.S., ostensibly in support of “green energy,” lie within Indian Country (see this informative article in the NY Times).

It is not without reason that vulnerable Tribal communities may be concerned about the potential environmental implications of a ramp-up in mining. According to the U.S. Environmental Protection Agency, there are 143 Superfund mine sites—sites that have known issues with contamination—across the country, and many of the most egregious are on Tribal lands (Coeur d’Alene, ID and Tar Creek, OK to give just a couple of examples).

Meanwhile, the Administration’s new Infrastructure Law directs federal land management agencies to expedite “the permitting of activities that will increase exploration for, and development of, domestic minerals” that are critical to EV batteries, noting that federal permitting has been “an impediment to mineral production and security.” At the same time, the law emphasizes that federal agencies need to establish “clear, quantifiable, and temporal permitting goals,” ensure “transparency and accountability” in the dissemination of information regarding projects, and engage “in early and active consultation with State, local and Tribal governments.”

Cleaning Up Our Act

So how do we actually increase production equitably? Federal land management agencies (such as the Bureau of Land Management, Forest Service) will need to develop streamlined and efficient workflows for the permitting process that are at the same time transparent and seamlessly incorporate meaningful consultation with affected communities, including on the cumulative impacts of proposed actions. This means engaging early, engaging often, and substantively incorporating the concerns of the communities that will be most affected. To this end, a new EPA white paper on the use of cumulative impact analysis emphasizes a collaborative approach, stating that it is key to “Provide a foundation of trust by operating to “do no harm”, working in true partnership with communities.” Federal permitting agencies may also turn to examples at the state government level. For example, in Massachusetts, there is currently an effort to incorporate cumulative impacts analyses into air emissions permitting to address the impacts of increasing emissions in areas with vulnerable populations and other environmental justice concerns.

And, as we look toward an endpoint for the successful implementation of EVs, the Biden Administration will need to follow through on its promise to make these vehicles affordable—and usable via accessible infrastructure—by the same communities that have been so unfairly hit by pollution from mining, factories, and traffic congestion.

Spotlight On: Climate, Air Quality and Environmental Justice Abt Associates and our partners have the capabilities to provide holistic support to the EPA EARTH contract.
Common Ground Elusive as Manchin Permitting Bill Awaits Action Bloomberg returned to Abt's Lisa McDonald for insight on possible outcomes of negotiations on energy permitting in the Senate.
Climate Integration: Why the Future of Health Systems and Global Development Depends on It Health systems function at the mercy of climate change; in this episode of The Intersect, we explain the need for climate integration in global development.
Technical Assistance & Implementation - October 2022 Check out our latest stories to learn how we're using equitable TA&I to promote good health and well-being worldwide.
Focus Areas
Environment & Energy
Climate Change
Clean Energy Solutions
Mitigating Risk and Building Resilience
Governance & Justice
Justice, Rights & Empowerment
Capabilities
Technical Assistance & Implementation
Regions
North America
Jump Forward
Work With Us
Ready to change people's lives? We want to hear from you.
We do more than solve the challenges our clients have today. We collaborate to solve the challenges of tomorrow.
Link