In 1865, federal troops informed a group of African Americans in Galveston, Texas that they were no longer slaves; indeed, they had been legally free since the signing of the Emancipation Proclamation on January 1, 1863—two and a half years prior—but no one had told them. Observed on June 19, Juneteenth is an important commemoration of the end of the horror of chattel slavery in our nation’s history, and clearly illustrates that equity is more than words, more than legislation: it is action and must be practiced to be realized. As such, Abt celebrates the change that is commemorated by Juneteenth and sees it as a reminder that we should always seek inclusiveness for disenfranchised and marginalized populations, and that impactful decisions should be shared with all in a timely manner. Put more simply, we follow the credo “Nothing about us without us,” an approach that is applicable to our work around the world.

Juneteenth has been celebrated for over a century in communities across Texas. More broadly, the greater African American community has been observing Juneteenth for decades, to remember the millions of persons enslaved across the U.S. and the millions more lives lost during the middle passage from Africa to the Americas. This commemoration of the abolition of slavery gained greater prominence nationally in the wake of George Floyd’s murder, with his death serving as another reminder of the severe inequities that persist in our society, particularly towards African Americans. These historic inequities are embedded in many of the United States’ housing, education, health, justice, and workforce policies, that impact the air we breathe, the water we drink, and the places where we live, work and play—all areas in which Abt strives to bring equity. 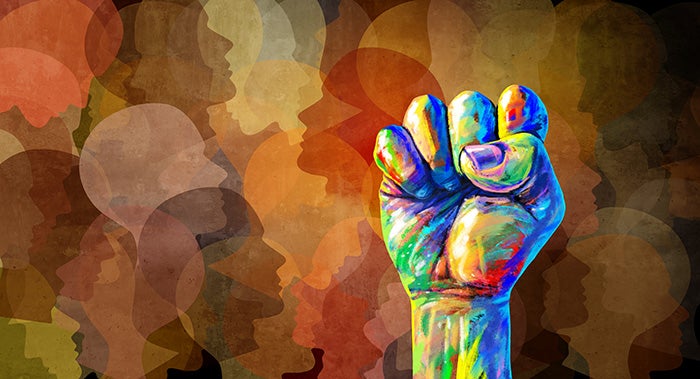 At Abt, equity is the cornerstone of our work, and we partner with clients to reform or remove systems and structures that have traditionally marginalized African Americans and other vulnerable populations.  We embrace intersectionality technically, culturally, and ethnically to achieve our mission of improving the health and economic wellbeing of people worldwide, using the broadest array of tools and approaches for sustainable impact.

As a data-driven company, Juneteenth reminds us that information is power, and its equitable dissemination and application are foundational both to those who are marginalized and those who are in position to be allies. At Abt, we celebrate the arrival of vital knowledge and remember that we must persevere on our journey toward equity, so the full rights and privileges of a prosperous society in this country and around the globe are afforded to, and received, in a timely manner by all.

America Has More Children Living in Poverty Than Any Other Rich Nation. Can Guaranteed Income Help? If we truly care about American's children, we must put them at the center and elevate and invest in concrete economic supports like guaranteed income.
Experts to White House: EJ Screening Tool Should Consider Race Abt's T.J. Pepping spoke to E&E News' ClimateWire about the Biden Administration's Climate and Economic Justice Screening Tool.
Child and Family Well-Being Champions
L.A. County's Virginia "Ginger" Pryor To Lead Abt's Child and Family Well-Being Practice Virginia "Ginger" Pryor joined Abt from the L.A. County Department of Children and Family Services to help clients make systemic changes in support of families....
Focus Areas
Equity
Racial Equity
Regions
North America
Jump Forward
Work With Us
Ready to change people's lives? We want to hear from you.
We do more than solve the challenges our clients have today. We collaborate to solve the challenges of tomorrow.
Link