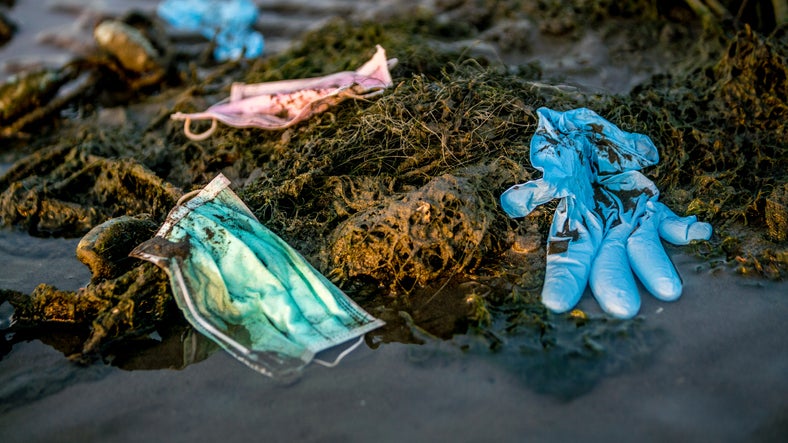 According to the UN Environment Program, marine litter is “any persistent, manufactured or processed solid material discarded, disposed of or abandoned in the marine and coastal environment,” and it is found in all of the world’s oceans and seas, even in areas far from human activities. While the term encompasses glass, processed wood, and rubber, plastics make up somewhere between 61 percent to 87 percent of all marine litter, with over 10 million tons of plastic polluting oceans each year.

How Does Marine Litter Get Into the Environment?

Where Does It Go?

Except for certain seafloor hotspots, concentrations of macrolitter, or litter larger than 5 mm, tend to be highest closer to densely populated coastal areas.

Once in the environment, litter characteristics such as size and buoyancy as well as the shoreline and seafloor physical characteristics affect its transport and fate. For example, buoyant processed wood and rubber are typically transported by rivers before deposition in coastal environments, whereas nonbuoyant litter items (e.g., glass, metal, and organic materials) are often dumped directly into the coastal areas instead of transported down rivers to the ocean. Weather events such as high winds and rain can transport the material from coastal areas into the ocean where ocean currents further distribute floating marine litter.

Microlitter refers to materials in the environment less than 5 mm in size in one dimension, including microplastics which are either manufactured at that size or breakdown from larger items such as tread from tires. Additionally, wave action, sunlight, and other physical processes can break down macro-litter into smaller pieces. Because of their size, microlitter can travel far from the point of origin and continue to breakdown into smaller pieces over time and exposure.

Why Does It Matter?

Marine litter is a global environmental, economic, and human health challenge, the control of which requires a coordinated approach. Marine litter is a concern for all major marine life primarily due to ingestion and entanglement, though impacts vary by species. As the litter degrades, or breaks-up over time, smaller pieces can infiltrate the food web, from tiny planktonic organisms to larger marine mammals, such as whales. For example, in 2022, a whale stranded off the coast of Greece was found to have 33 pounds of plastic in its stomach. 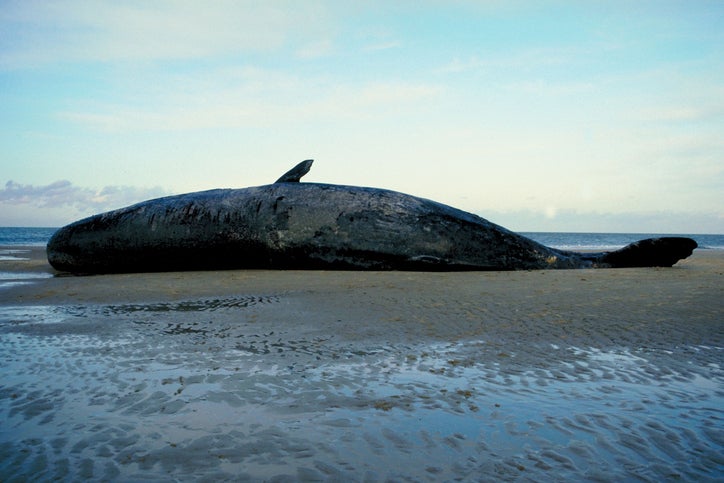 From economic perspectives, macro litter can be an eye-sore when the public sees river, streams, and beaches polluted with plastic beverage containers, chip bags, candy wrappers, and more. Marine litter impacts communities that rely on tourism as an economic driver. In 2019, Abt worked to better understand this dynamic through our work on The Effects of Marine Debris on Beach Recreation and Regional Economies in Four Coastal Communities: A Regional Pilot Study. The results indicated that the amount of marine litter on beaches substantially impacts recreational value and regional economies, outside of the costs municipalities incur to remove debris. Abt’s findings were similar to research in Orange County, California, which used a travel cost model study to show that millions of dollars were lost each year to residents by tourists avoiding littered, local beaches, preferring cleaner beaches that were farther away and thus cost more to reach. Other economic impacts include damage to fisheries- an estimated U.S. $1.26 billion per year when calculated across 21 countries in the Asia Pacific Rim.

In terms of health impacts, recent research continues to detect microplastics inside the human body in human stool, blood, and lungs. In 2018, researchers found that 93 percent of the 259 bottled waters sold in several countries contained microplastic particles which are ingested when consumed.  Current microplastics research as an emerging contaminant of concern is focused on understanding the health risks of ingestion and circulation of plastic particles in the human body. Ingestion of plastics poses several risks that can affect human health: the plastic itself leaching harmful chemicals, the ability of environmental pollutants or bacteria to sorb to the plastic, and the movement of the plastics throughout the body. Plastics may contain chemical compounds such as flame retardants and PFAS that are linked to a wide range of serious health impacts including reproductive, immune, and endocrine-disrupting effects.

Where Do We Go From Here?

There is no “one size fits all” solution to marine litter – the material type, pollution source, and regional context all warrant a tailored combination of upstream and downstream solutions. Stakeholders at all levels must work together to reduce the volume of litter leaking into the environment in the absence of an international policy with a global, binding, specific, and measurable target for reducing marine litter.

Because waste is primarily managed at the local level, municipalities are often the focus for managing plastic pollution and marine litter more effectively. Abt’s 2021 blog on policies to reduce plastic pollution offers insight into strategies shifting toward a global circular economy for plastics to mitigate climate change impacts, reduce biodiversity loss, grow local and regional economies, improve economic outcomes for the informal recycling sector, and reduce health risks from microplastics ingestion. Abt supported development of EPA’s Best Practices Guide for Solid Waste Management in Developing Countries to improve management of wastes, including a focus on marine litter. Plastic production, transportation, and end-of-life management is inextricably linked to climate change with the use of fossil fuels for virgin resin production, transportation, and distribution internationally, and management as trash that is landfilled or leaked into the environment after a single use. There is growing recognition that circularity within materials, especially plastics, is a climate mitigation, environmental justice, and public health strategy. 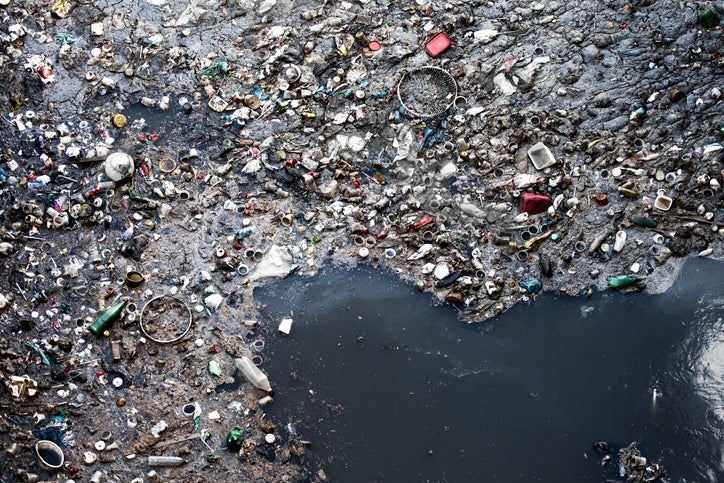 Decision makers can adopt policies or pass regulations aimed at reducing sources of pollution and health impacts of environmental contaminants. In the absence of a binding, enforceable global agreement, actions to reduce marine litter, including ocean plastic, have been driven at the local level, leaving solutions fragmented compared to the complex, transboundary scale of the problem.

Abt has experience aiding decision makers to develop effective regulations for both federal and state clients. Such work requires exacting data, insightful analysis, a transparent process, stakeholder engagement, and the necessary tools. For example, Abt has tackled PFAS contamination at the federal, state, and community level, with efforts ranging from identifying the effects of PFAS in communities using our rapid assessment tool to supporting regulatory development and identifying the most efficient means of remediation options.

Some strategies may be tailored to the specific type of marine litter. For example, abandoned and derelict fishing gear can have significant impacts on marine ecosystems and fisheries, navigational safety, and the commercial and recreational fishing industry. In response to the Save Our Seas 2.0 Act, the Abt team is working with partners at NOAA’s Marine Debris Program to draft a Report to Congress on the sources and impacts of abandoned and derelict fishing gear. This research may inform tailored strategies to reduce the volume of abandoned gear and limit its impacts on marine ecosystems.

Cleanup efforts have also been shown to be successful both from a removal standpoint and education/awareness perspective. Through the extra step of integrating citizen science, behavior change and awareness can be positively influenced. Ocean Conservancy’s International Coastal Cleanup, for example, has been mobilizing volunteers globally to clean-up and record the litter removed at their local beaches. This effort has led to an extensive database of marine littler collected globally. From that database, local efforts can be made to tackle some of the most common litter items locally.