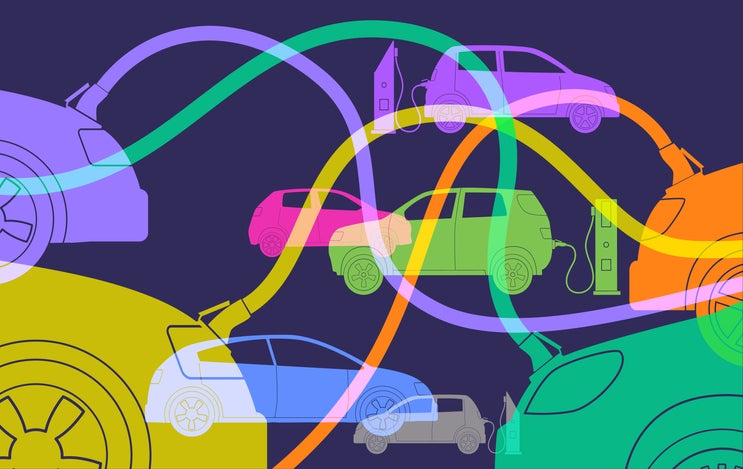 But if the goal of EVs is to reduce pollution, then we need to look at every facet of the production and use of the technology to ensure that goal is being met. Case in point: Abt recently assessed the environmental effects of Charge CCCV (C4V) LLC’s lithium-ion (Li-ion) battery production for the New York State Energy Research and Development Authority, and the results demonstrated that some truisms are true for a reason.

Garbage In, Garbage Out

Manufacturing lithium batteries—or any product—with dirty energy drastically increases the associated pollution, especially products that require vast amount of energy to manufacture. Think of it as garbage in, garbage out. C4V’s lithium batteries require 89 MJ of “dirty energy” per battery kWh manufactured.   We found comparable batteries manufactured with more fossil fuels consumed 719 to 1,219 dirty energy-inclusive MJ per battery kWh manufactured. This significant differential is explained in part by the fact that C4V chose New York to host its manufacturing facilities.

New York's Clean Energy Standard was revised in 2019 to require 100 percent carbon-free electricity by 2040. In 2018, 29 percent of New York's in-state generation at both large- and small-scale facilities came from renewable sources. The state ranks 14th in renewable electricity production as percent of total generation, so it’s energy is cleaner than that produced by most other states. This means there’s less additional pollution associated with the energy used for production. For the manufacture of Li-ion and other, similar products, choosing to build those products with clean energy goes a long way to reducing their environmental impact.

The other old environmental adage about material consumption—Reduce, Reuse, Recycle—holds here as well. In the case of Li-ion batteries, they contain many toxic chemicals—such as copper lithium, nickel, cadmium, and other heavy metals—that require a substantial amount of energy and produce a lot of pollution and waste during the refining and manufacturing processes. C4V found ways to build a battery that reduces its use of toxic materials compared to similar lithium cell batteries. Again, this translated into less pollution during the manufacturing process and lower environmental impacts. For example, It appears comparable batteries use nearly double the amount of copper used in the C4V battery and copper refining is often a primary driver of particulate emissions in battery manufacturing.

The Tragedy of the Commons

What can other manufacturers learn from this analysis? That choices made when building a product are important. Sometimes manufacturers may choose dirtier processes or materials because they’re cheaper, more convenient, or more efficient in the short-term. However, this tradeoff of old is no longer  necessary. Now, manufacturers can choose processes that are cleaner, more effiicent, and consider all the externalities of production..

The beauty of our analysis was not that Abt discovered some innovative solution, it’s that we confirmed existing wisdom and practice. Our choices are the most important factor when seeking to reduce our environmental footprint. Environmentalists have a name for these choices: the tragedy of the commons. Individuals, acting independently according to their own self-interest, behave contrary to the common good of all individuals when they damage shared resources (e.g., our air, our earth, and our water). In the particular case of manufacturing, small choices can add up to significant reductions in environmental impacts when manufacturing a product en masse. Bearing those impacts in mind can make a real difference. It’s not a new idea, but it’s still a good one.

Focus Areas
Environment & Energy
Climate Change
Clean Energy Solutions
Capabilities
Research, Monitoring & Evaluation
Research & Analysis
Regions
North America
Jump Forward
Work With Us
Ready to change people's lives? We want to hear from you.
We do more than solve the challenges our clients have today. We collaborate to solve the challenges of tomorrow.
Link