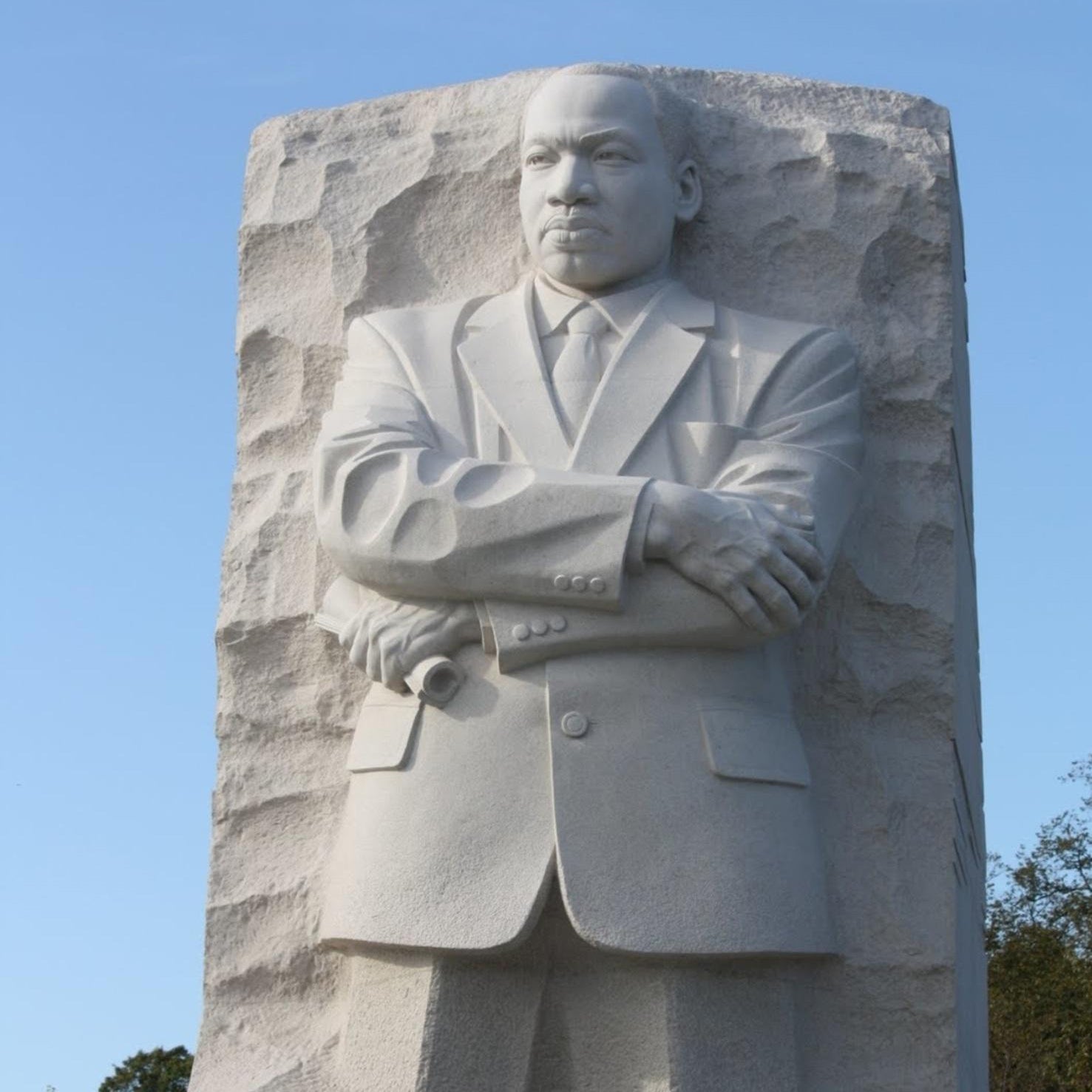 In 1966, the Rev. Dr. Martin Luther King posed a poignant question to a nation amid social, political, and economic turmoil in a book titled: “Where do we go from here? Chaos or community?” Over 50 years later, the United States finds itself in another perplexing time of uncertainty and dramatic economic inequity—even as King’s vision for liberation still inspires advocates, policymakers, and communities. Before his death in 1968, much of King’s work was focused on economic equality for the poor, with a particular focus on understanding the systemic racial barriers African Americans and Native American populations encountered in financial freedom. “The curse of poverty has no justification in our age,” he wrote. “The time has come for us to civilize ourselves by the total, the direct and immediate abolition of poverty.” 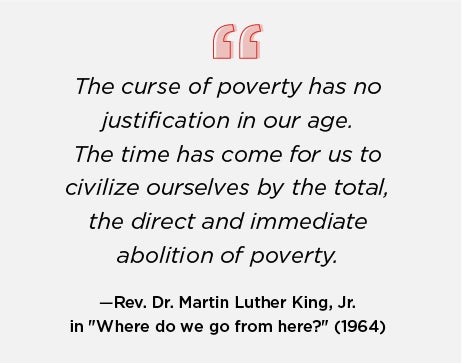 King saw economic equality as a continuation of the civil rights movement and as an issue that defines humanity and civilization. One critical policy in his agenda was guaranteed income (GI)—unrestricted cash payments given directly to individuals. King’s proposed GI approach focused on two key components: 1) it must be linked to the median income of the society, not the lowest levels of income and 2) it must be dynamic; it must automatically increase as the total societal income grows.

Historically, Black and Indigenous people of color (BIPOC), women, and LGBTQI+ individuals have been excluded from wealth accumulation and benefits programs. GI programs that target historically marginalized populations can help address the impact of this historical injustice. 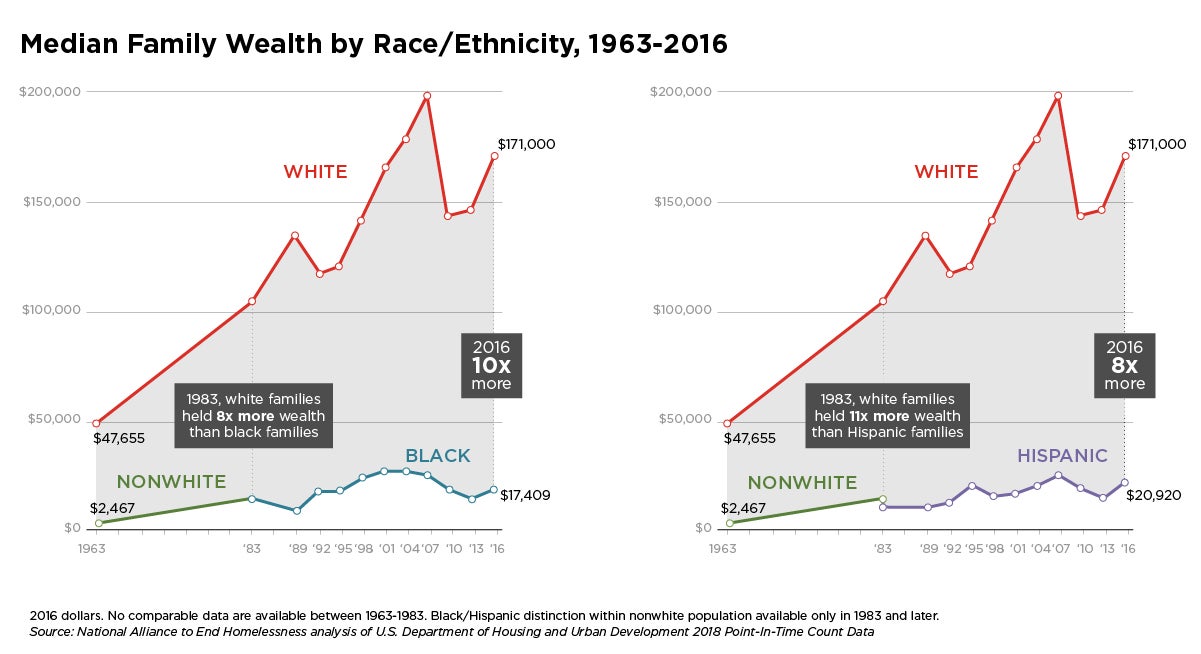 Since King launched his “Poor Peoples Campaign” in the 1960s, little has changed regarding social and economic equity for African Americans, Latinx, and American Indian and Pacific Islander communities. In some cases, racialized inequities have only worsened, such as the wealth gap between white Americans and racial/ethnic minority groups. Figure 1 shows the extreme and growing divide between white and non-white wealth since 1963. The median wealth for white families in 2016 was 10 times that of Black families and eight times that of Hispanic families. 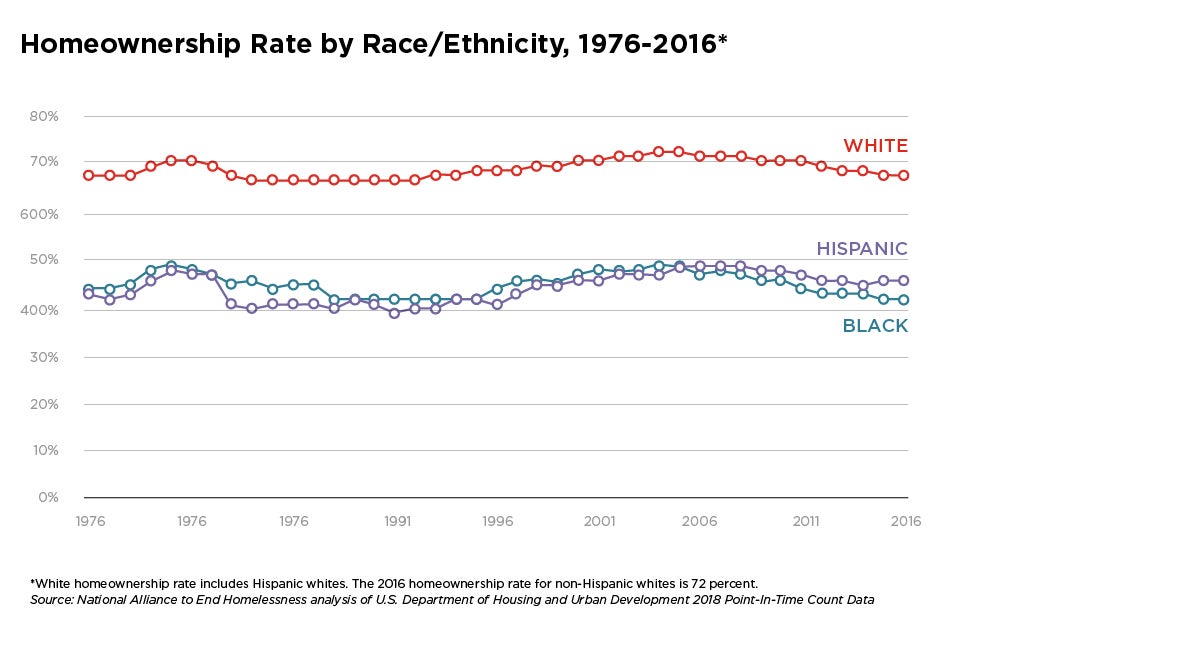 One of the critical issues King discussed in “Where Do We Go from Here?” was homeownership, particularly as a mechanism to increase wealth and leverage other opportunities such as education for African Americans. Figure 2 shows the almost constant rate of homeownership inequity over the past 40 years between white, Black, and Hispanic families. 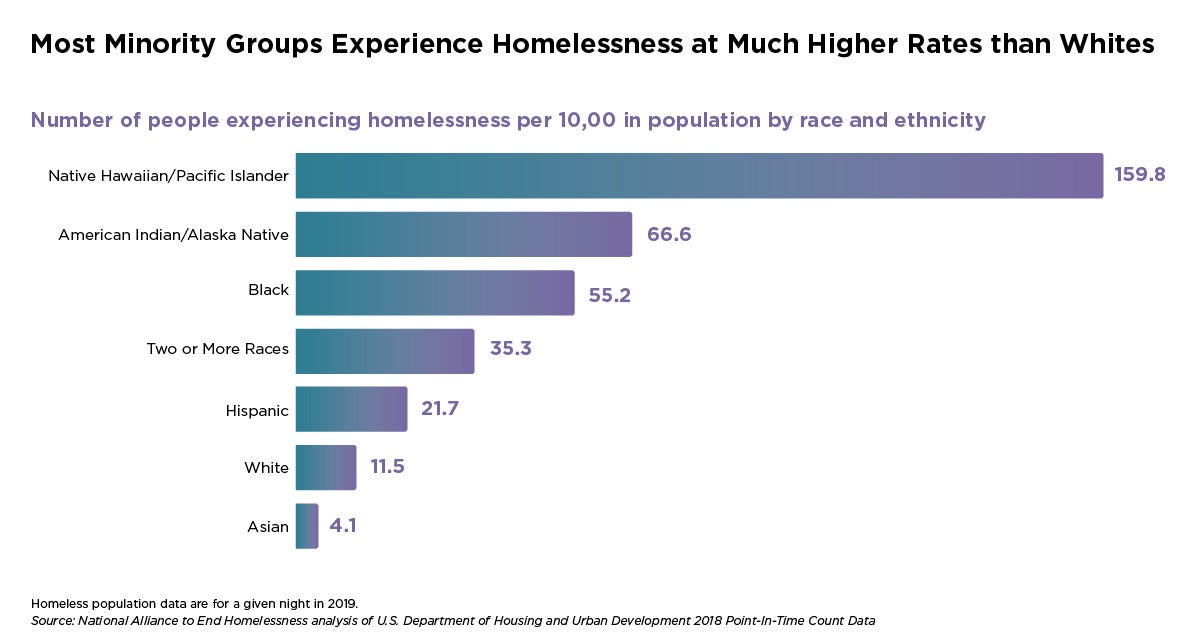 Tied to the issue of housing, homelessness is a social phenomenon in which African American, American Indian, and Pacific Islander communities are drastically overrepresented in every state. Figure 3 shows the degree of the overrepresentation of non-white Americans among people experiencing homelessness.  King alludes to these disparities in his text, and the historical context that has resulted in these disproportionate impacts.

Economic Equity As a Civil Right

For King, economic equality was a continuation of the civil rights movement. He argued that the abolition of poverty is critical to improving other social challenges, such as education and housing. To that end, he argued that unrestricted cash is a powerful weapon to combat intersectional discriminatory practices marginalized communities face. 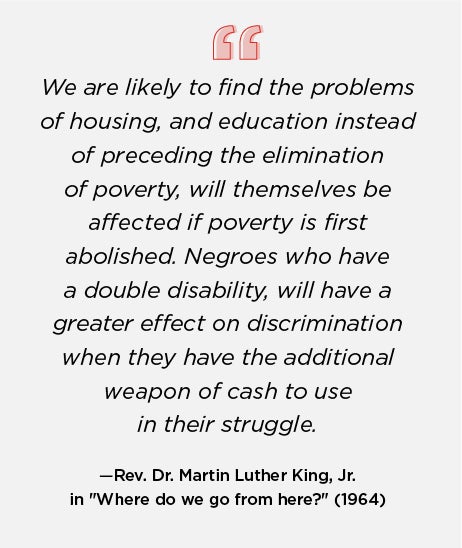 “We are likely to find the problems of housing, and education instead of preceding the elimination of poverty, will themselves be affected if poverty is first abolished,” he wrote. “Negroes who have a double disability, will have a greater effect on discrimination when they have the additional weapon of cash to use in their struggle.”

The current wave of GI programs being enacted across the U.S. and Canada are reshaping how people are approaching the social safety net and imagining ending poverty. Positive initial findings were released on a pilot that gave unrestricted cash ($7,500 per year) to persons experiencing homelessness, notably a 39-percent decrease in money spent on drugs, tobacco, and alcohol, and an increase in spending on housing, food, and clothing.

A recent study from Brandeis University shows that the impact of targeted cash transfers can be a powerful tool in the eradication of poverty, particularly for African American and Latinx families with children. The study found that a monthly cash transfer of $1,000 coupled with $250 for each child would:

Despite the predictions of impressive reductions in poverty, a federally backed GI program will not erase racial injustice. However, GI could be a powerful weapon in the fight for a society that’s more equitable, regardless of racial background or economic status. The only way to find out is to keep evaluating this potentially powerful tool, more than 50 years in the making.

Watch our Guaranteed Income webinar and access slides and other resources.

This blog was written by Henry Love, a former Senior Analyst at Abt.