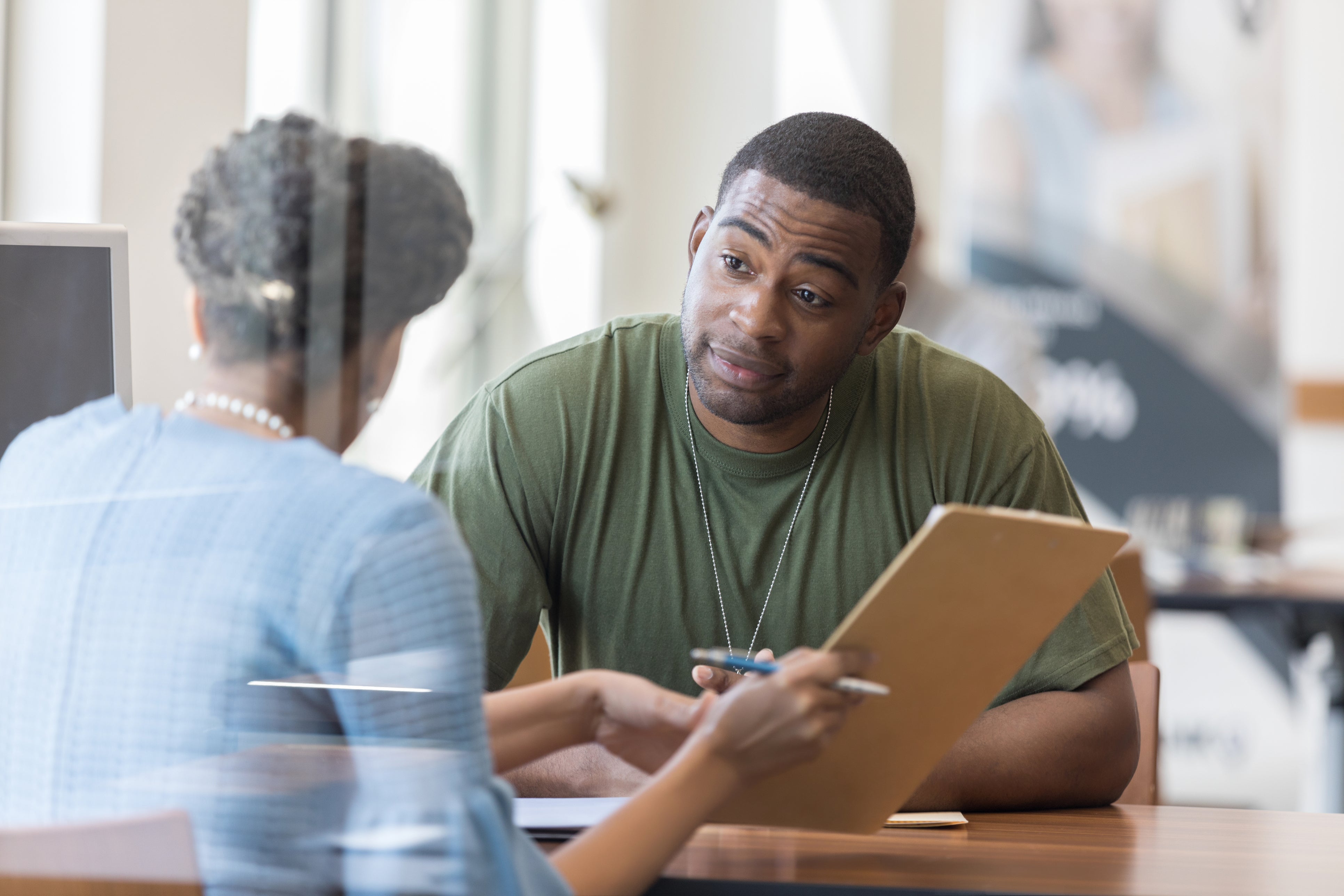 Sometimes the best ideas take a little longer than expected to blossom. This was true with the Department of Veterans Affairs (VA) Status Query and Response Exchange System (SQUARES) project.

Back in 2011, the VA started collecting data on Veterans and their families experiencing homelessness and getting support from the Supportive Services for Veteran Families (SSVF) program. The Department of Housing and Urban Development (HUD)-funded local homeless management information systems (HMIS) collected the data. There was a little funding set aside for “bi-directional data exchange,” though, which would enable communities to get reports from HUD about Veteran families using SSVF services so that the communities could understand the dimensions of their problem.

The VA asked my colleagues and me to provide recommendations on how to use this funding. We consulted with a range of stakeholders and decided to do something novel. Normally such data are the basis of reports that go to the usual suspects: program planners, policymakers, researchers, and funders. And that’s important. But this time, we pushed to get the data to service providers and the Veterans themselves. They are always collecting and providing data but never get much in return.

Service provider access in particular could solve a chronic problem for Veterans experiencing homelessness. A major bureaucratic barrier for those Veterans is proving their Veteran status, including time served and discharge status, to show they’re eligible for a variety of benefits. Many Veterans experiencing homelessness don’t have all the paperwork, and getting it from the VA, which has the information, can take forever. So the Vets couldn’t use the programs.

The solution? Enabling service providers to query the VA to confirm their clients' Veteran status in real time. The idea of the “Status Query and Response Exchange System" was born. Service providers could enter the Veteran’s personal information (name, date of birth, and Social Security number), and the system would verify that the client is a Veteran and the programs the Veteran is eligible for based on status such as an honorable discharge. The Veterans could then access the services they needed that day instead of waiting weeks or months for their documentation. What’s more, both service providers and the VA would have better data on Veterans whose status was uncertain or who were lost in the system.

After the VA approved the idea in late 2012, we wrote up the initial technology requirements and design documents, then consulted on an initial prototype the VA technology services team built.  But the project still faced many challenges.

Data privacy and security concerns posed major obstacles. We wanted to open the master mainframe index of Veterans to people who were outside the department and even outside government: local homeless service program staff.  This was revolutionary. At the same time, HUD had to agree to share identifying information it was collecting for its systems with VA. This potentially included non-Veterans since in some cases the verification will come back as not a Veteran. There were also technical, timeline, administrative approval, and scope issues.

Our contract ended in 2013, long before the resolution of these issues. I was crestfallen. I feared this great, simple idea would die. In 2015, I learned that an early version got released, though I thought the VA abandoned the system as contractors, leaders, and administrations turned over.

But I was wrong! Within the VA, SQUARES kept going. In April 2021, almost nine years after we first proposed the system, the Federal News Network posted this article about SQUARES. There was a 2.0 release in 2019, which provided even more information about Veteran eligibility, was more secure, easier to use, and included more sophisticated matching logic. Usage increased over the course of the pandemic, and SQUARES 2.0 now has more than 2,100 service provider users nationwide.

For those of us who labor in the background working on data and technology, it sometimes feels like our work is too many steps removed from helping people. It also may seem like our bureaucracies are too difficult to navigate, especially when trying to work with multiple agencies. Other times we may feel like our influence ends when our contract ends. But the SQUARES story disproves all of that. It shows that the best ideas can attract new champions and take on lives of their own. While bureaucracies can often stall projects, they also can sustain them. And most of all, the SQUARES saga shows that obscure back-office skills like exchanging data can help those who most need it. This work can have a real impact on people’s lives. 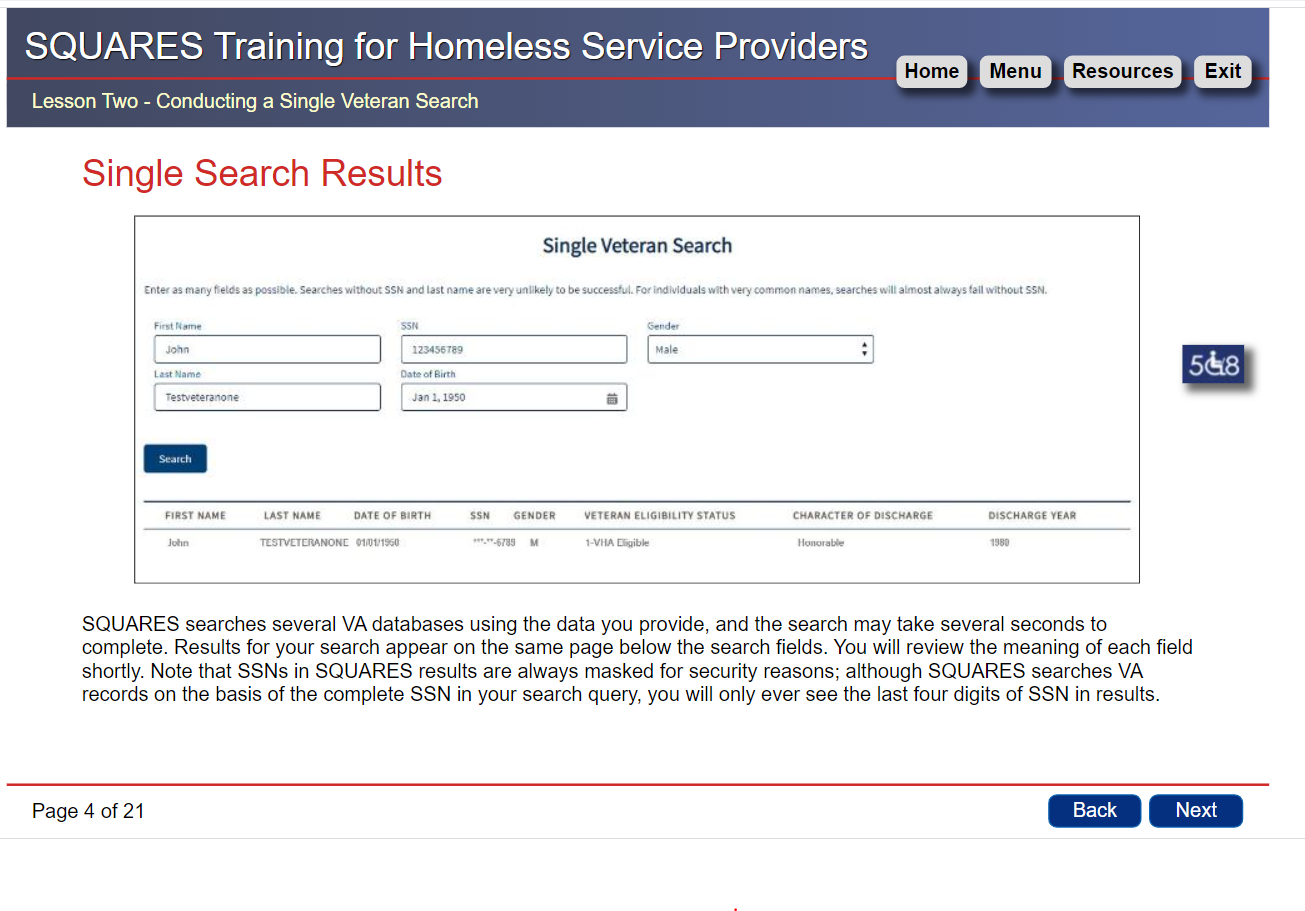 Focus Areas
Housing, Communities & Asset Building
Homelessness
Capabilities
Digital Transformations
Regions
North America
Jump Forward
Work With Us
Ready to change people's lives? We want to hear from you.
We do more than solve the challenges our clients have today. We collaborate to solve the challenges of tomorrow.
Link