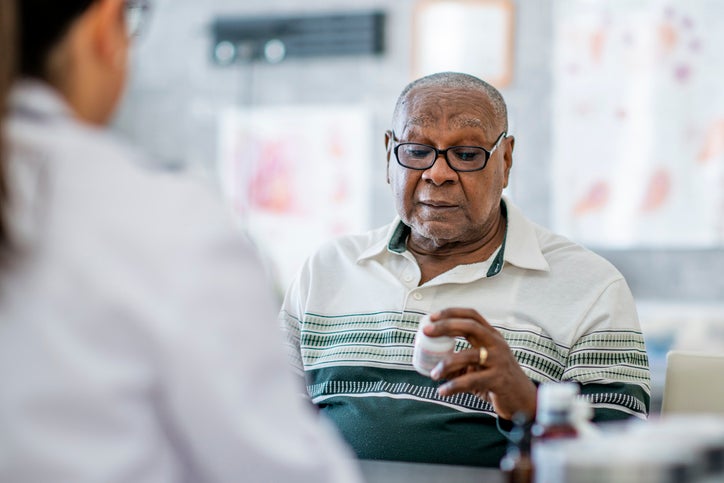 One in every four—or nearly 25 million—Medicare beneficiaries has diabetes, and 3.3 million of those are dependent on insulin to help maintain and regulate blood sugar.

Over time, unregulated blood sugar can lead to severe health problems such as vision loss, kidney failure, nerve damage, heart attack, and stroke.  For some individuals living with diabetes, access to insulin—the vital hormone their pancreas can no longer produce—is literally a matter of life and death.

But the price of insulin has nearly tripled in the past 10 years. And a quarter of those dependent on insulin reported using less than what was prescribed by their doctor due to high costs.  Known by some as medication abandonment, rationing insulin or not adhering to prescribed levels has become an unfortunate reality for too many people with diabetes, including many seniors on Medicare.

In response to this worsening crisis, private and public sector payers are exploring ways to improve access and limit the rising cost of insulin. At last, there may be good news, just in time for World Diabetes Day and the open enrollment period for Medicare Part D: The Centers for Medicare & Medicaid Services (CMS) just announced the new Part D Senior Savings Model, which will lower beneficiaries’ out-of-pocket costs for insulin.  The new model ensures that a wide range of insulin products will be offered with a maximum $35 copay per 30-day supply beginning January 2021. All three major insulin manufacturers in the U.S. have agreed to participate, as well as 76 Part D plan sponsors whose   prescription drug plans are administered in every state and territory.

Through a waiver of what’s known as the Medicare Coverage Gap Discount Program, cost sharing among insulin manufacturers and plan sponsors will change. Manufacturers will apply deeper discounts on prices with the reasonable assumption that stable bulk sales will make up the difference. CMS projects that the model would generate more than $250 million in savings for the federal government over 10 years.

Additionally, current estimates suggest beneficiaries who take insulin and enroll in a participating plan could save an average of $446 in annual out-of-pocket costs for insulin, or over 66 percent, relative to the average cost for insulin today. That’s because the flat $35 copayment removes the current need for Medicare beneficiaries to first meet a deductible and then pay up to 25 percent towards out-of-pocket costs before Medicare’s catastrophic coverage kicks in.

There are, however, potential snags: It is possible that insulin-dependent beneficiaries could end up paying somewhat more in premiums to enroll in participating Part D enhanced plans in exchange for lower, more predictable medication costs.  At the same time, while the model could help lower out-of-pocket costs for some Medicare beneficiaries who use insulin, it could increase premiums for other Medicare beneficiaries. Given these uncertainties, it will be important to monitor whether the reduced cost of insulin and improved adherence to prescriptions lowers utilization for other medical services, such as hospitalizations for complications of diabetes.

As governments and commercial insurance plans look to these and other solutions to lower the rising cost of insulin, evaluating the impacts of this new model on access to and affordability of medication, quality of care, health outcomes, and expenditures for both Medicare and beneficiaries will be paramount. One way or another, we need to ensure insulin is always affordable for seniors.   The good news is, using data and analysis, soon we’ll be able to determine if we’ve finally found a way to do it.

Focus Areas
Health
Chronic/Non-Communicable Diseases
Health Policy & Systems
Capabilities
Research, Monitoring & Evaluation
Research & Analysis
Evaluation
Regions
North America
Jump Forward
Work With Us
Ready to change people's lives? We want to hear from you.
We do more than solve the challenges our clients have today. We collaborate to solve the challenges of tomorrow.
Link