Climate change is no longer a future threat. It is an ongoing crisis, with communities worldwide experiencing both slow-onset events (like droughts) and acute disasters (such as cyclones, hurricanes, wildfires, and floods) with increased frequency and intensity.

Even though climate change affects every region of the world and every facet of our lives—health, economic, social—its impacts have been disproportionately more significant on women and girls in the global South, where adaptive capacity is more limited.

One specific realm where the impact on women and girls has been particularly egregious is safety and security. Due to their traditional role as caregivers and traditional responsibilities—which include food preparation and the collection of water and fuel supplies (all of which are impacted by climate change)—their vulnerability to different forms of gender-based violence (GBV) has been significantly heightened by the climate crisis.

During acute events like wildfires and flooding, family and community structures break down as individuals are forcibly displaced. In temporary shelters or camps—which are often cramped, crowded, and poorly lit, with inadequate toilet and shower facilities, women and—girls are frequently exposed to sexual violence while sleeping, washing, bathing, and dressing. Resources and services are also often lacking in these situations, leading to tension and agitation, and, often, physical violence among intimate partners. Many essential services such as sexual and reproductive health care, education, social protections, and GBV response (e.g., GBV shelters) are also disrupted during acute events.

In the case of slow-onset events like droughts, cases of GBV are also widespread. In areas with low rainfall, women and girls walk long distances to collect drinking water and are exposed to more significant security risks. Shortage of food has also been identified as a driver of child marriage, as parents marry off girls to increase household incomes through dowries or gifts. It also increases the exposure of women and girls to domestic violence and rape, the incidence of which rises as economic pressures mount at home. 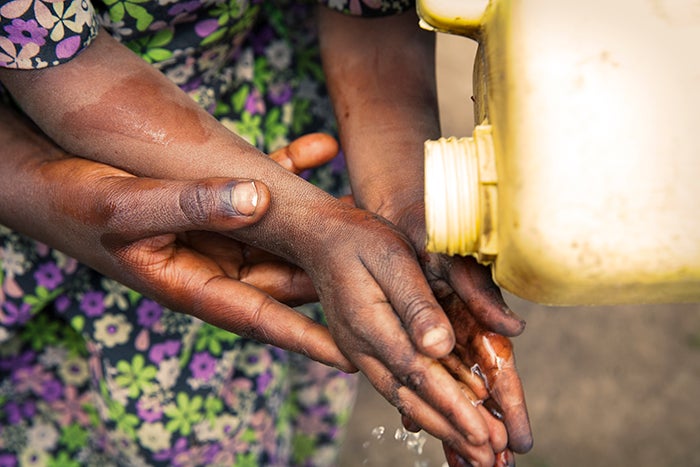 As rising temperatures and sea levels, changing precipitation patterns, and unpredictable extreme weather continue to threaten the planet and profoundly impact human lives, especially the security of women and girls, what should local stakeholders do?

Climate change has been described as the greatest threat facing humanity, putting much of the progress made in the past century in peril. As climate action gathers momentum worldwide, GBV services must be fully integrated into planning at all levels to ensure that research, resources, and programming address women’s and girls’ needs and promote their rights.