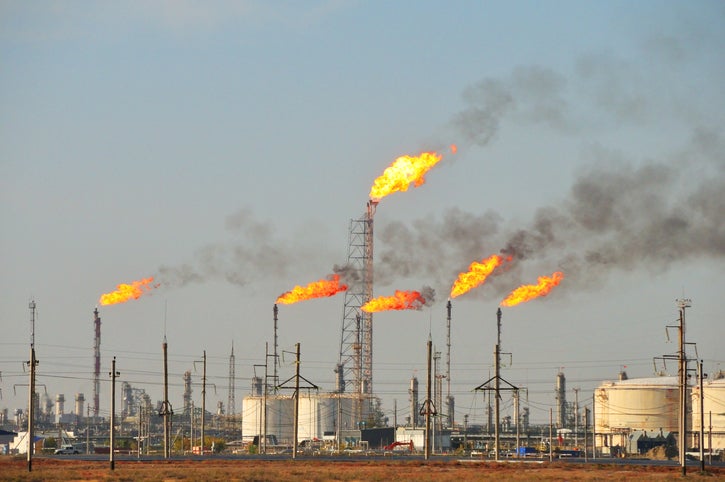 Methane has become one of the hot topics in climate change circles and the attention is long overdue–and much needed.

Methane is a greenhouse gas (GHG) that is a powerful contributor to climate change; on a ton-for-ton basis it’s more than 25 times more effective at trapping heat than carbon dioxide. According to the newest Intergovernmental Panel on Climate Change (IPCC) assessment report, methane concentrations in 2019 were the highest of any year in the past 800,000 years.

Methane is also a resource. It can be captured and combusted to produce heat and electricity, or used as a feedstock to produce other resources, such as hydrogen. Many of the technologies and practices used to capture and utilize methane are widely available and well-established. However, methane mitigation projects have struggled to take off at scale. This is due to a number of challenges, including limited financing for capital projects, limited awareness at the national level of the benefits of methane mitigation, and lack of coordination at the international level.

This last barrier may be on the verge of collapse, fortunately. On September 17, the United States and the European Union announced a new initiative focused on reducing emissions of methane, a potent GHG that has become the focus of increasing attention. The Global Methane Pledge, which will be formally launched at the 26th Conference of the Parties (COP26), is intended to raise awareness and galvanize action from developed and developing countries alike. Already, several developing countries have agreed to participate in the pledge, committing to reduce methane emissions 30% by 2030 from 2020 levels.

There are a number of pitfalls that threaten to derail the pledge. For starters, this is a voluntary initiative – its leaders will need to convince skeptical countries to join up and follow through. The former hurdle has been a persistent challenge for all international climate-related agreements. Also, methane emissions mitigation has historically not been a priority area for most countries, compared with mitigation strategies that target the largest carbon dioxide emissions sources (e.g., the power and transportation sectors). As evidence of this, only a handful of countries address methane in their nationally determined contributions (NDCs) to reduce greenhouse gas emissions under the Paris Agreement.

Assuming the leaders of the pledge initiative are able to overcome these preliminary barriers and get things rolling, there will still be the question of how countries will track and account for their emissions reductions. Accurate accounting of methane reductions will be critical for measuring progress toward the overall combined goal, for benchmarking and comparing performance across countries and sectors, and for identifying best practices and lessons that can be shared.

Robust methane accounting systems–often referred to as measurement, reporting, and verification (MRV)–are multi-layered and highly complicated. And they are virtually non-existent in many countries and sectors. This is due to a range of factors, including limited institutional capacity in government agencies, inadequate data collection practices and tools, and limited access to information on best practices for quantifying and verifying emissions reductions. In some sectors, the challenges are more pronounced.

For example, in the solid waste sector, few countries have quality data on methane emissions for a typical landfill or the number of landfills (the third largest source of anthropogenic methane emissions). As a result, there is high uncertainty in terms of the overall baseline methane emissions from that source; any estimates of potential reductions achieved under the pledge (e.g., capturing methane from landfills and using it to produce energy) will thus also have high levels of uncertainty. And this is just one example from one methane emitting sector. All that uncertainty will compound as the emissions reduction estimates are rolled up, which means we won’t know if countries’ commitments are enough to move the needle.

There exists a sizeable body of research and recommendations around emissions reduction MRV, especially since the Paris Agreement. But most of these resources are focused on the major sources of carbon dioxide, and only a handful address MRV of methane emissions (and those that do are often focused on a specific aspect of a specific sector).

Thus, a critical question going forward for leaders will be “How can clear and consistent principles for ensuring accurate accounting of methane emissions reductions be established quickly?” And more than that, “How can capacity be built across countries to apply those principles?” These questions will need to be answered quickly: 2030 is not far off.