Last month, U.S. newspapers reported a rare piece of good news about the state of American education. Continuing a trend that’s been ticking upwards for years, more than four out of five students in the class of 2014 graduated high school on-time — the highest U.S. graduation rate on record. President Obama noted these numbers in his recent State of the Union address, claiming that the country has “lifted the high school graduation rate to new highs.” Though there is an argument to be made that the value of a high school diploma may be lower than it once was (either as a ticket to a middle-class wage or a signal that a student is ready to succeed in college), it's pretty clear that having a high school diploma is a lot better than not having one.

Lost in the discussion about these new graduation numbers is recognition that graduation rates for students with disabilities remain abysmal. 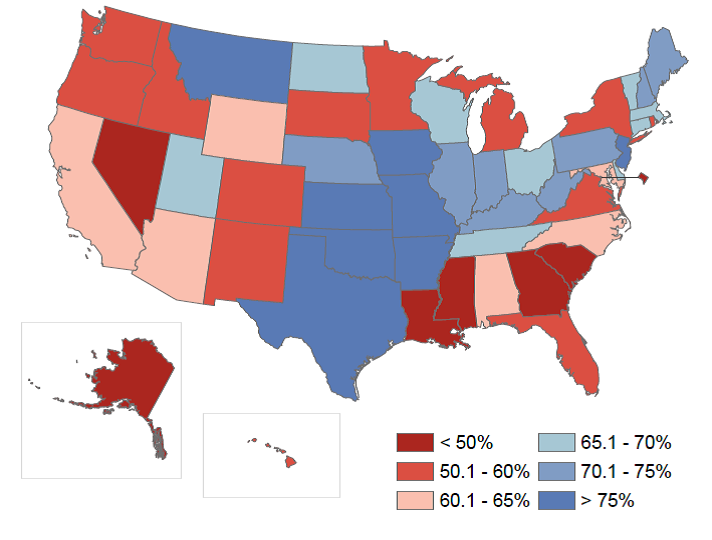 For students without disabilities, the current high rates of graduation are likely attributable, at least in part, to an increased national focus on helping students complete high school. This has included coordinated national efforts to consistently measure and track rates of graduation, to intervene with students at risk for dropping out, and to provide supports for schools that graduate fewer than 60 percent of students.

It is time for a similar national commitment to improve rates of graduation for students with disabilities and narrow the special education graduation gap.

The good news is that we are learning a lot more about how to help students with disabilities graduate high school. For instance, there is increasing evidence that maintaining high expectations for students with disabilities and providing them with opportunities to take classes alongside their typically developing peers is associated with higher rates of graduation for students with disabilities. A peer-reviewed study released last month found that, across all disability categories, students who are included in classes with their non-disabled peers for most of the day have substantially higher on-time graduation rates when compared to students in substantially separate placements, even when controlling for individual and community factors including disability category and family income status.

These steps, though important, will likely not be sufficient to close the graduation gap between students with disabilities and their typically developing peers. Doing so will require new ideas and approaches for both general and special education teachers. We need to continue and expand investments in proven strategies such as multi-tiered systems of support and Universal Design for Learning, while dedicating new resources towards testing promising ideas such as the i3-funded Everyday Arts for Special Education and Unconditional Education programs. Most importantly, we need an unflinching commitment—from the president to school administrators to classroom teachers—to do everything necessary to help students with disabilities thrive and graduate from high school.

This piece was originally published on the Huffington Post.