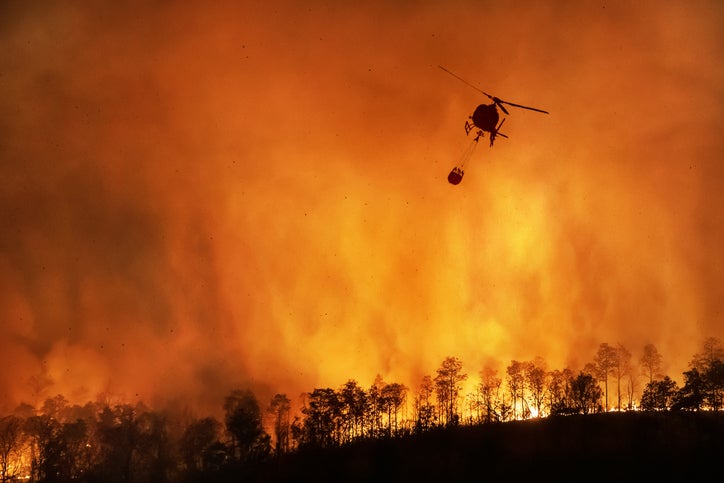 In the run-up to COP26, 23 federal agencies released their Climate Action Plans (CAPs) for adaptation and resilience.

The plans respond to President Biden’s Executive Order 14008, Tackling the Climate Crisis at Home and Abroad, which directs agencies to identify their most significant climate risks and vulnerabilities, along with action plans to address them. We reviewed several of these—including those from the U.S. Agency for International Development, the U.S. Department of Agriculture (USDA), the U.S. Army Corps of Engineers, and the U.S. Department of the Interior (DOI)—and found common themes and opportunities for deeper collaboration.

Recurring themes in the CAPs include the need to:

All plans also point to the value of increasing the “climate literacy” of their entire workforce and the stakeholders they serve.

Coordination: The Devil Is in the Details

Addressing these concerns would represent strong steps in the right direction. But most plans we reviewed could benefit from a more robust approach to cross-agency and stakeholder coordination. Federal agencies will, of course, work together via high-level forums such as the National Climate Task Force and Council on Environmental Quality. However, specifics in each CAP on coordinating with other agencies would help ensure the execution of cross-agency priority climate actions. For example, detailed coordination plans for engaging and supporting tribal and indigenous populations—which many CAPs called for—could improve outcomes for climate-resistant communities.

The plans also outline multiple areas where overlapping departmental responsibilities call for collaborative climate risk planning. For example, CAPs for the USDA and EPA both discuss water quality as more precipitation—expected in central and eastern parts of the U.S.—increases runoff and erosion, damaging soil health and water quality and causing downstream impacts like eutrophication and hypoxia. Nitrogen runoff from fertilizers and manure is the largest contributor to numerous hypoxic or “dead zones” in the U.S., including the largest ones in the Gulf of Mexico and the Chesapeake Bay. Nitrogen fertilizers are also the leading source of greenhouse gas emissions from agriculture. Yet neither USDA’s nor EPA’s plan mentions the other agency or ways that cooperation might reduce nitrogen runoff.

Wildfires are another substantial climate risk with opportunities for collaborative solutions across departments and agencies. The DOI’s Bureau of Land Management and National Park Service and the USDA’s Forest Service all manage enormous areas at heightened risk from wildland fires. The DOI’s climate action plan identifies areas and dozens of departments or agencies for federal coordination, suggesting actions that it and sister agencies and other non-federal partners, such as states and tribes, can coordinate on. It also pinpoints activities that cross over management responsibilities, such as identifying at-risk lands and coordinating on information management. Yet the USDA’s only mention of DOI is that it will coordinate with its Climate Adaptation Science Centers.

The CAPs we reviewed did a thorough job of identifying key risks and actions, following a standardized format. But they often failed to showcase how coordination across agency responsibilities could better address the highlighted risks. This raises unwelcome possibilities of inaction, redundancies, or multiple agencies inadvertently working at odds with one another.  Subsequent planning would benefit from detailed coordination approaches to accelerate—rather than stall or hinder—adaptation and resilience.

Tackling Gender-based Violence Exacerbated by Climate Change Integrating GBV services into climate action planning can mitigate the risks of GBV and reduce GBV-related challenges experienced by women and girls during acut...
Pathways to Urban Resilience for Indigenous Peoples A truly inclusive, equitable urban resiliency approach must incorporate indigenous peoples' voices in the planning, design, and implementation of solutions.
Local Climate Action Plans: Centering Equity in Planning and Implementation This blog offers communities tips for creating data-driven, equity-centered climate action plans.
Marine Litter 101: What You Need to Know Marine litter, including plastics, is a persistent environmental pollutant that leaks into the waterways and causes environmental, economic, and health impacts....
Focus Areas
Environment & Energy
Climate Change
Policy and Regulation
Water
Mitigating Risk and Building Resilience
Food Security & Agriculture
Agricultural Policy
Regions
North America
Jump Forward
Work With Us
Ready to change people's lives? We want to hear from you.
We do more than solve the challenges our clients have today. We collaborate to solve the challenges of tomorrow.
Link