Countless news stories and media coverage have been devoted to the health impacts of lead in drinking water, most notably in Flint, Mich. These risks are significant, but emerging research is showing food may also be an important source of exposure. A lesser-known issue – the health impact of arsenic in rice – is getting more and more attention, and deservedly so. 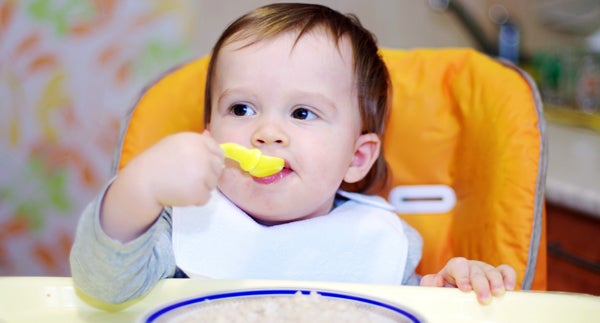 Arsenic, like lead, can affect brain development in children. In 2016, the U.S. Food and Drug Administration concluded that “inorganic arsenic exposure in infants and pregnant women can result in a child’s decreased performance on certain developmental tests that measure learning,” and proposed a limit on arsenic in infant rice cereal of 100 parts per billion.

Healthy Babies Bright Futures (HBBF) – an organization committed to making a meaningful difference in reducing exposures of neurotoxins in women of childbearing age, their babies and young children – asked Abt Associates to estimate the impact on IQ and the related economic impact of known arsenic exposure in infants in the U.S.

Analysis Confirms Rice Poses Higher Risk for IQ Loss from Arsenic Exposure than Alterative Grains
We recently released the results of one of our case studies supporting this effort, a robust analysis grounded in peer reviewed science, which examines the impacts on children’s IQ from eating arsenic contaminated rice based foods.

In our analysis, we draw from the sources included in FDA’s risk assessment supporting their proposed standard for arsenic in infant rice cereal, and the peer review literature. For estimates of avoided IQ loss, we follow methods used in the benefit-cost analyses conducted in support of federal regulations.

Our work illustrates the public health implications of arsenic contamination in certain widely consumed food. Infants in the U.S., for example, frequently consume rice cereal. The FDA’s data, along with the first infant cereal testing in alternate grains, conducted by HBBF, indicates that arsenic levels in rice cereal are several times higher than levels in cereals made from alternative grains.

Millions of IQ Points, Billions of Dollars Lost Due to Arsenic Exposure
Based on the literature, we demonstrate in our report that children are at risk from arsenic exposures in rice not only from infant rice cereal, but throughout childhood. We also demonstrate that that there is a real, quantifiable loss of IQ points due to these exposures, and that either reducing the amount of arsenic in rice and rice products, or switching the diets of infants and children to an alternative food lower in arsenic content will reduce this risk. Specifically:

To be sure, there are many uncertainties in our IQ loss calculations. However, there is enough evidence to conclude there is a risk from arsenic, and given the fact that exposures are widespread, from a public health standpoint, waiting to act until additional studies are conducted will fail protect children from potentially irreversible harm.