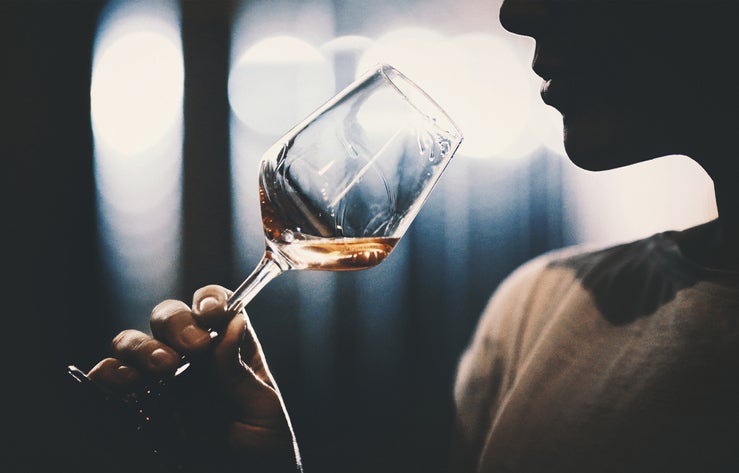 Scroll through Instagram or other social networks and you might see regular posts from women sharing their favorite wines or expressing need for a mommy happy hour. The proliferation of alcohol-related messages was high even before 2020, and as the pandemic continued, alcohol sales climbed. This is particularly worrisome for women, two-thirds of whom reported drinking more alcohol since the pandemic began in a recent survey.

How people cope with adversity is varied, but alcohol and other substances are well-documented ways that many people worldwide use as a response. This increase is not surprising in light of the pandemic, which has led to isolation, challenges with childcare, and increased home stress. As Alcohol Awareness Month comes to a close, it’s critical that we work to make everyone more aware of the harms associated with excessive alcohol use, in April and every other month of the year, especially among women.

Take the link between alcohol and cancer as an example. Science clearly shows that drinking alcohol increases the risk of breast cancer among both women and men, even at just one drink a day. This finding is supported by all of the major cancer organizations, the National Institutes of Health, and the Surgeon General of the United States. In one year alone, nearly 40,000 cases of breast cancer in women were associated with alcohol use. The reality is most women don't know about the strong evidence that shows drinking alcohol increases their risk for breast cancer. In a 2017 survey by the National Cancer Institute, just over one in three respondents reported being aware that alcohol was associated with cancer.

Women are at particularly high risk because of the prevalence of alcohol marketing that designed specifically for women. This is most apparent during October, when we see alcohol products produced in pink and the alcohol industry consistently promoting breast cancer awareness. Many alcohol companies donate a portion of their profits during breast cancer awareness month. When asked about the clear link between alcohol, breast cancer, and their marketing to women who are at greatest risk of the disease, the industry repeats the refrain that it’s up to the consumer to make decisions about what and how much they drink. Yet many women do not have the necessary information to make these decisions—there are no warning labels on the pink bottles that tell them that drinking increases their risk of developing breast cancer. Finding information on social media can be harder when algorithms show similar or like content–in this case, ads for alcohol–and not evidence-based information that may run counter to what’s in a person’s feed.

Additional resources are needed to better inform the public about the risks of alcohol use and cancer. These resources include better surveillance data explicitly linking alcohol and cancer to provide as current information as possible, ideally at the county or state level, as well as a national campaign that discusses the harms of alcohol use as it relates to cancer. We’ve seen media campaigns that focus on changing norms and perceptions has worked to inform a variety of audiences of the link between tobacco and cancer; a similar approach could be taken to increase awareness among women of all ages.

A resounding report from the country’s doctor may also provide coalitions and organizations with the data and recommendations needed to begin combatting this issue. The U.S. Surgeon General highlighted this link in the 2016 Facing Addiction in America: The Surgeon General’s Report on Alcohol, Drugs, and Health. A follow-on report that specifically discusses the relationship between alcohol and cancer, accompanied by disseminating materials that reach a broad audience of stakeholders, could serve as the official guidance needed for those working to prevent excessive alcohol consumption and related harms across the country.

Until then, maybe this year Alcohol Awareness Month can give way to a daily effort raise awareness of the link between alcohol and cancer.