Gender equality and social inclusion are both worthy goals in their own right, as well as cross-cutting issues in health, economic empowerment, agriculture, and education, among other sectors. Across its programming, Abt Associates seeks center equity by rigorously and consultatively identifying how gender and other identities, such as age, ability and race, impact planned programmatic activities and desired outcomes. The goal is to advance gender equality, female empowerment, and social inclusion while promoting health and economic wellbeing for all.

The concept of gender encompasses the accepted economic, political, and socio-cultural attributes, constraints, and opportunities associated with being identified as a girl, boy, woman, man, non-binary person or another gender identity, and the expectations of each of these as defined at the individual, family, community, and organizational levels. Gender also intersects with other identities, such as class, age, sexual orientation, ability, race, and ethnicity, among others, so that vulnerability or marginalization is concentrated for particular segments of the population. As such, a complex and nuanced approach that centers the experiences, values, and needs of populations with multiple vulnerabilities (e.g., poverty and gender identification) is a best practice that forms the basis for Abt’s gender equality and social inclusion work.

Equity and empowerment are often thought of in relation to interventions that benefit females alone. While it is true that taking a gender-equity perspective often necessitates interventions to “level the playing field” for girls and women, lasting, positive results are not achievable unless everyone is involved in social change. Men and boys also face specific vulnerabilities related to their gender, such as norms that encourage physical risk-taking and that discourage or limit health-seeking behavior. People whose gender identities or gender presentations fall outside of the binary often face significant discrimination. Because of this, Abt seeks to address the integrated needs of all to promote equitable and sustainable impact.

The Investing in Women program is an initiative of the Australian government to improve women’s economic participation, build markets for women, and influence the private and public sector to promote women’s economic empowerment in the Philippines, Vietnam, Myanmar, and Indonesia. The program accomplishes this through establishing and supporting business coalitions that promote gender equality in the workplace. The program also works with impact investors to increase investment in women’s small and medium businesses, partners with governments on economic regulatory reform with a gender lens, and advocates for women’s economic empowerment. Additionally, governments are engaged to help Abt promote equality through policymaking and campaigns to challenge bias, stereotypes, and attitudes that hold both men and women back. Through collaboration with corporations and business leaders, impact investors, governments, and advocates, Investing in Women is building momentum for women’s economic equality in Southeast Asia.

Abt understands that gender-related factors also create barriers for men in accessing and practicing healthy behaviors; we include men in the work needed to ensure shared power and improved health outcomes for all. The Jordan Communication, Advocacy and Policy Activity (JCAP) funded by USAID addressed long-standing sociocultural barriers that influence fertility choices and the adoption of family planning by engaging men as clients, partners, family members, and change advocates. Interventions emphasized the integration of female empowerment and male engagement, youth engagement, and providing family planning education to vulnerable Jordanians and Syrian refugees in host communities. Through a household community outreach program using door-to-door counseling visits, the program reached 538,288 married women in reproductive age, and 17.3 percent of them accepted a modern family planning method. Family planning champions in government and at the community level worked with youth and other vulnerable groups to expand awareness of and demand for family planning services.

The Uganda Integrated Community Agriculture and Nutrition (ICAN) Activity, the flagship USAID resilience program—implemented by Abt—is increasing economic opportunities for poor households, improving nutrition for women and children, and strengthening community and local governance. Together with local partners, Abt carries out a wide range of resilience activities in some of Uganda’s most vulnerable regions. For example, our mentor-led camps for out-of-school adolescent girls and young women strengthen their social capital and ability to advocate for their rights. The Activity’s promotion of dietary diversity and nutrient-rich foods improves the nutritional status of families, and the promotion of on and off-farm businesses increases incomes and helps lift families out of poverty.

DFAT’s Australia Timor-Leste Partnership for Development represents Australia’s long-term vision for enhancing human development in Timor-Leste. The program brings together diverse activities in health, education, water, nutrition, gender equality, and social protection into a single facility to maximize program effectiveness, relevance, and performance. Project investments in gender are focused on strengthening services for women and girls, promoting women’s leadership, ending violence against women and girls, and preventing early marriage and teenage pregnancy which will support keeping girls in school. Key activities include training on ‘Gender Values and Principles’ for health partners and the roll out of a gender dialogue manual for the government and community leadership focusing on ensuring improved gender focus in water and sanitation planning.

The President’s Malaria Initiative (PMI) VectorLink Project protects millions of people in Africa from malaria. The project’s vector control work disproportionately benefits pregnant women and children, as they are most vulnerable to malaria. In addition, the project promotes gender equality across all 24 countries where the project operates through careful attention to gender and empowerment issues overseen by a gender focal point in each country. The project worked with key stakeholders to identify barriers to women’s participation in indoor residual spraying (IRS), and implemented a series of operational policies to address these barriers. The project’s operational sites are carefully designed to accommodate both male and female employees, including separate, private bathrooms and changing areas for men and women, and the distribution of menstrual hygiene products in some countries. In addition, the project is working with the National Malaria Control Program in each country to recruit and hire more women, ensuring a sustainable approach to gender-integrated IRS after the project ends. The project’s approaches have led to increased hiring of women and a dramatic increase in the number of women in supervisory roles, all while meeting or exceeding the project’s IRS targets. 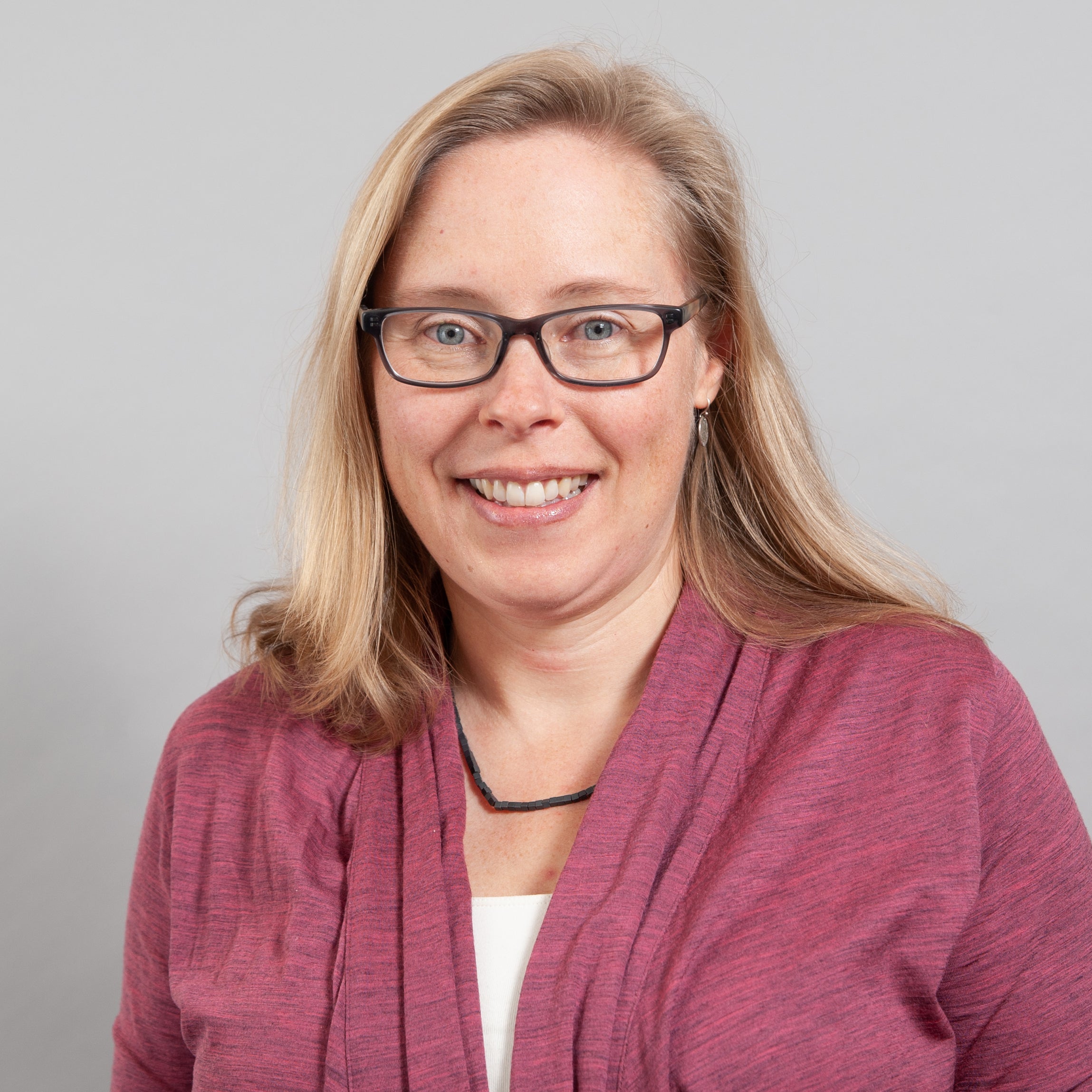 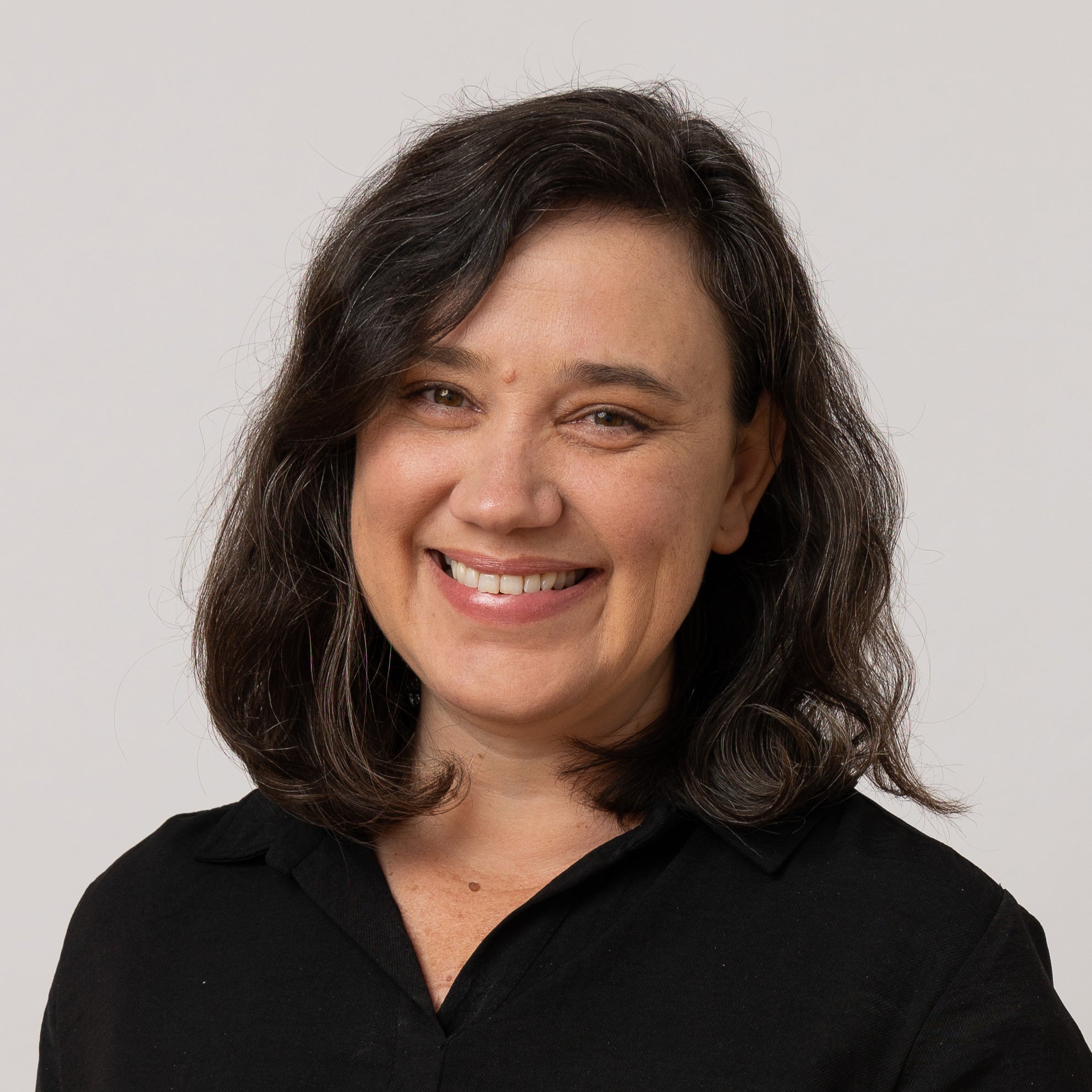 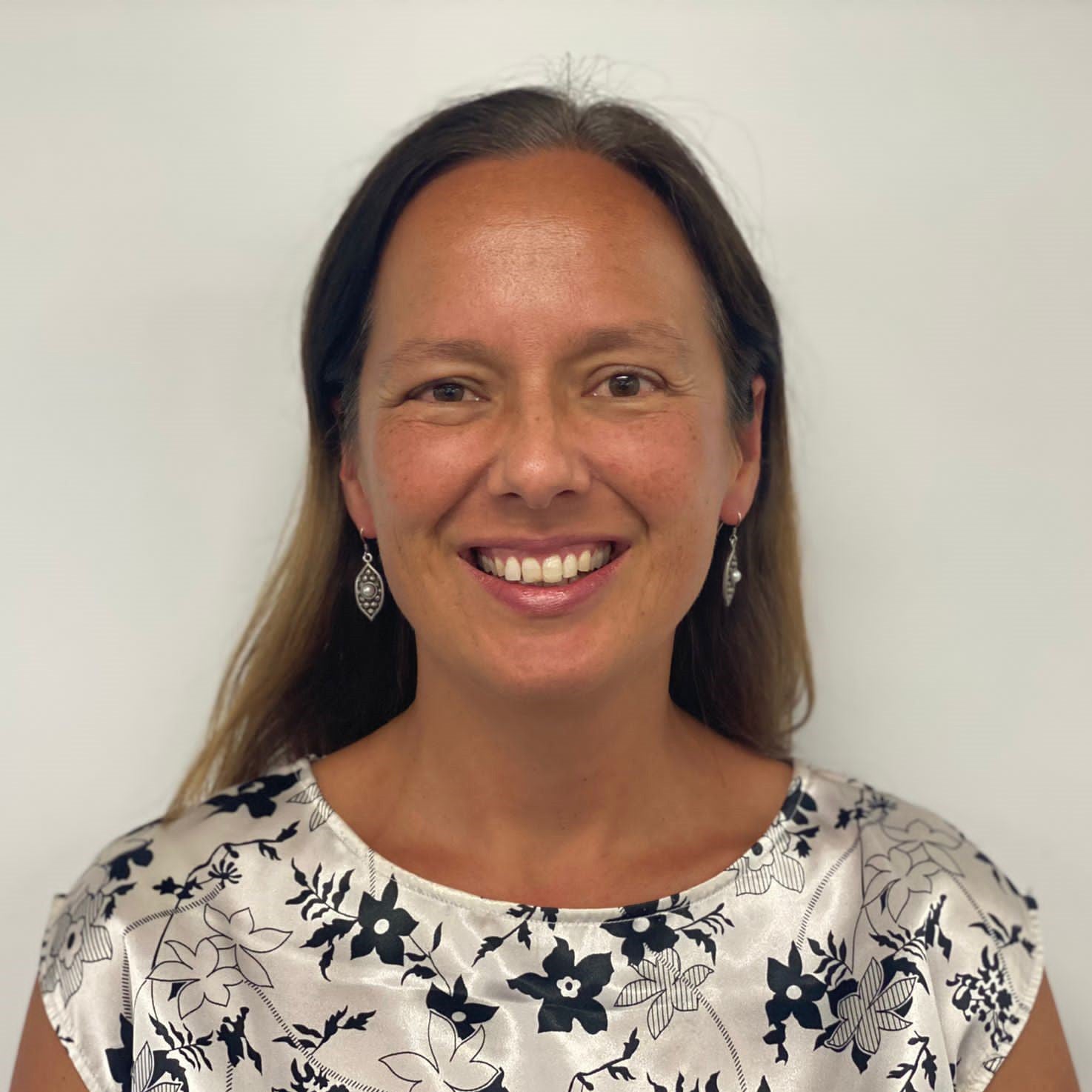 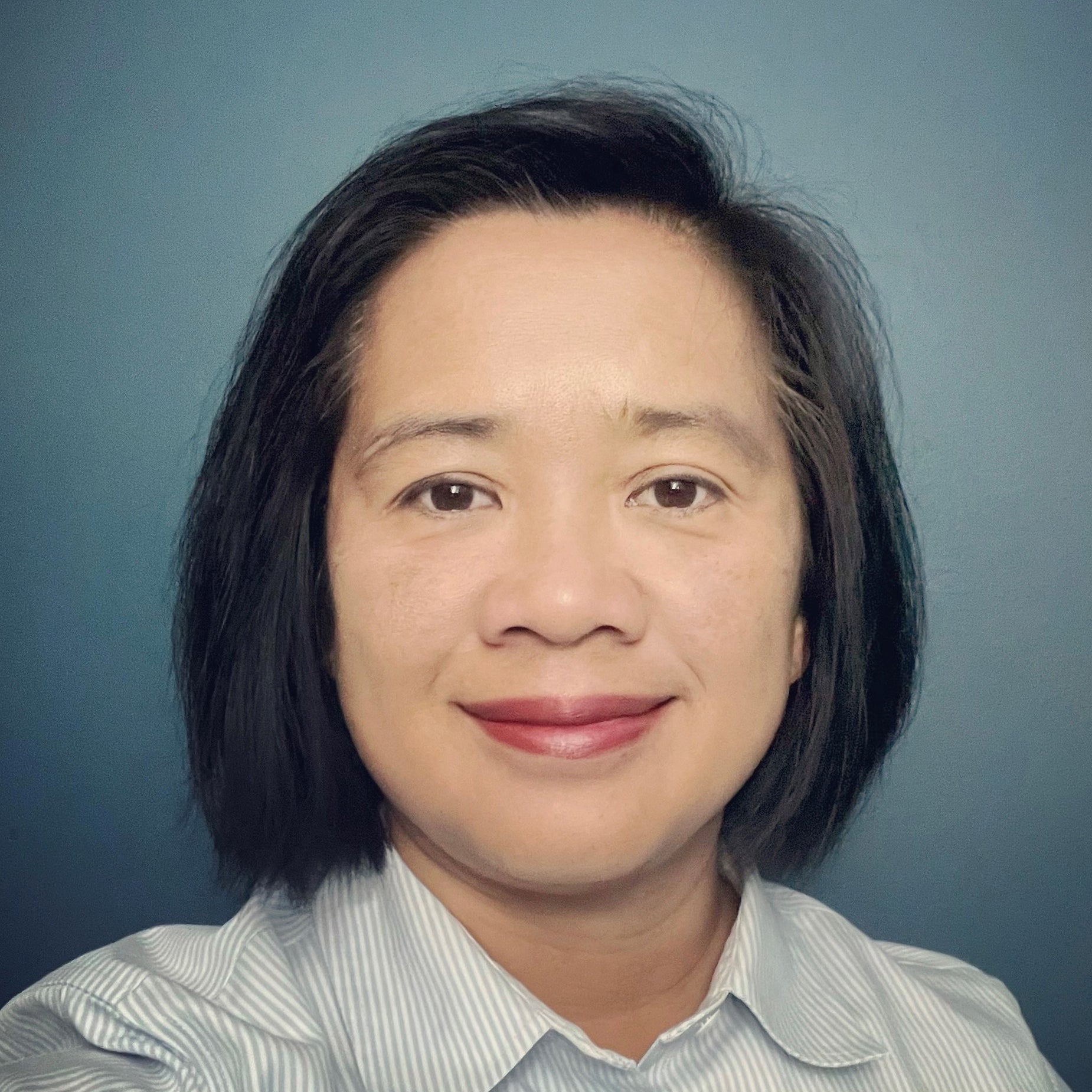 Learn more about our Equity Work

Explore all of our Spotlight On Pages

Focus Areas
Equity
Gender Equity
Ending Gender-Based Violence
Disability Inclusion
Racial Equity
Jump Forward
Work With Us
Ready to change people's lives? We want to hear from you.
We do more than solve the challenges our clients have today. We collaborate to solve the challenges of tomorrow.
Link