Natural resources such as plants, animals, surface water and groundwater provide vital benefits to the public that are both tangible and intangible. When those resources are harmed by contamination, the public is entitled to restoration to compensate for the damage. Natural resource damage assessment (NRDA) is the process for quantifying the harm and determining how much restoration is needed to make the public whole. For more than 25 years, Abt staff have been leaders and innovators in the NRDA field. We have assisted federal, state, and tribal natural resource agencies (who serve as trustees of natural resources on behalf of the public) with scientific, economic, legal, and strategic support on more than 150 NRDA cases around the country and in U.S. territories. Our support ranges from expedited assessments at small sites, to major oil spills (including Deepwater Horizon), to some of the largest Superfund sites in the country.

NRDA 101:
Want to know more about NRDA? Here are some questions we often receive from clients and partners.

NRDA is the process of evaluating the degree of harm to natural resources resulting from a release of hazardous substances (contaminants) or from an oil spill. Through the NRDA process, trustees are able to determine the amount of restoration needed to:

What are natural resources?

Natural resources include surface water (lakes, rivers, oceans), groundwater, soil, plants, and animals, as well as the habitats that support plants and animals, such as marshes, freshwater wetlands, and forests.

Natural resource trustees conduct NRDAs. Trustees are federal, state, and tribal agencies that hold natural resources in trust for the public. The Comprehensive Environmental Response, Compensation, and Liability Act (CERCLA, or Superfund) of 1980 and the Oil Pollution Act of 1990 (OPA) provided these trustees with the statutory authority to collect compensation on behalf of the public when releases of hazardous substances or discharges of oil diminish the value of natural resources.

How can Abt help?

Abt provides support exclusively to trustees on on all types of NRDAs, from expedited assessments at small sites, to studies conducted cooperatively with potentially responsible parties, through to multi-year NRDAs for litigated cases. We excel at all steps in the NRDA process, from initiating an assessment to determining the amount of compensation needed to make the public whole through to restoration planning.

NRDA is a multi-step process and Abt has expertise and experience in each step. Federal regulations under CERCLA (43 CFR Part 11) and OPA (15 CFR Part 990) provide guidance for the process, including these steps under CERCLA:

During this phase, the trustees determine if a contaminant release occurred, a pathway of exposure to trustee natural resources exists, and whether that exposure is likely to have harmed natural resources enough to warrant a formal NRDA. Results of this preliminary analysis are presented in a document referred to as a Preassessment Screen.

The purpose of an Assessment Plan is to describe the approach for conducting an NRDA and to propose assessment work to determine and quantify the harm to natural resources and restoration necessary to make the public whole. This phase also includes conducting a Preliminary Estimate of Damages (PED) to confirm that the cost of proposed assessment studies are warranted based on the magnitude of anticipated damages.

There are three broad steps in this phase:

Abt Team’s Expertise
Our interdisciplinary in-house team of experts understands the technical, legal, and strategic challenges faced by trustees. We provide effective, targeted support across the NRDA process. Close to 80 percent of our technical team has advanced degrees; almost 30 percent hold doctorate degrees.

Deepwater Horizon Oil Spill NRDA, Gulf of Mexico
The Deepwater Horizon (DWH) oil spill was the largest in U.S. history, affecting marine and nearshore habitats and wildlife in the northern Gulf of Mexico (GOM). As a result, natural resource trustees, including National Oceanic, Atmospheric Administration (NOAA), U.S. Fish and Wildlife Service (USFWS), and GOM state agencies initiated an NRDA. As part of the assessment, Abt helped characterize exposure to the spilled oil and injuries resulting from that exposure. We also quantified damages, and aided the restoration planning. Abt designed, directed, and managed NOAA’s aquatic toxicity testing program and served as one of the Principal Investigators for this program, as well as for the USFWS avian toxicity testing program. We completed over 650 definitive bioassays and chemical characterizations of oil and dispersant in water and sediment. Abt also played a key role in authoring many sections of the DWH Programmatic Damage Assessment and Restoration Plan and Programmatic Environmental Impact Statement (PDARP/PEIS), in close collaboration with NOAA, USFWS, and GOM state agencies, and we are currently supporting state and federal Trustees in developing restoration plans and other documents, tiering from the PDARP/PEIS.

State PFAS Litigation Support
Abt is currently supporting multiple state trustees who have filed suits against manufacturers and releasers of per- and polyfluorinated alkyl substances (PFAS), the “forever chemicals” found in Teflon and other products. We have provided technical support evaluating PFAS sources, exposure pathways, and adverse effects on natural resources. This work has included the assessment of PFAS contamination related to emissions or discharges from primary and secondary manufacturing facilities, leaching from landfills, and to the use of aqueous film-forming foams (AFFFs) at firefighting and military installations. We determine sources, establish pathways, and quantify injuries related to exposure. To accomplish this work, we review and synthesize documents and literature; develop conceptual site models; conduct large, multimedia field sampling efforts; and create fate and transport models to better understand the PFAS contamination in the environment. For many clients, our team also assists with the development of an overall case strategy.

Tribal NRDA Support at the Tar Creek Superfund Site, Northeastern Oklahoma
Abt is supporting seven Native American Tribes in northeast Oklahoma that are undertaking an NRDA at the Tar Creek Superfund site, alongside federal and state co-Trustees. Historical lead and zinc mining in this area has released metals that have injured natural resources, such as fish, mussels, plants, sediment, surface water, and groundwater. Because of their traditional and subsistence uses of natural resources, Native Americans are often exposed to higher levels of metals and other contaminants than the general public. Abt is assisting the Tar Creek Tribes with assessing the impacts of contamination on their traditional tribal lifeways. Our analyses have shown that the concentration of lead and other metals in local fish and gathered plants are many times over safe consumption levels, posing a threat to the Tribes’ ability to engage in traditional practices. As part of the NRDA, we are helping the Tribes identify appropriate measures to restore not only the injured natural resources but also the ability of Tribal members and citizens to uses those resources for Tribal lifeways through a combination of habitat restoration and cultural programs.

Groundwater Injury Assessment for Sauget Industrial Corridor, Sauget, Illinois
Abt has supported Illinois state Trustees with groundwater injury assessment services at the Sauget Industrial Corridor in Sauget, Ill. since 2009. The sites include a series of industrial facilities, landfills, waste disposal areas, sludge lagoons, and contaminated waterways located around the villages of Sauget, Cahokia, and East St. Louis, in St. Clair County. Abt’s work focuses on groundwater assessment and restoration at this highly contaminated industrial site. We started this NRDA with a rapid review of existing data, producing a preliminary quantification of injured groundwater, identification of potential lost services, and a preliminary estimate of damages. In our review, we identified serious flaws in the responsible parties’ regional flow and contaminant transport models. Based on our work, EPA revoked the CA750 Migration of Contaminated Groundwater Under Control Environmental Indicator, requiring the responsible party to construct and sample numerous new wells. We are designing a well installation and sampling strategy to help the Trustees expand the groundwater sampling program and assess additional data gaps. Our ongoing NRDA support at this site includes all aspects of injury assessment, damage determination, restoration planning, and case strategy.

3M PFAS Settlement Support for Programmatic Restoration Planning and Implementation, Minnesota
In 2018, Minnesota reached a settlement with the 3M Company regarding contamination of groundwater with PFAS chemicals. Under the settlement, the 3M Company provided $850 million to the state primarily to provide clean, sustainable drinking water to communities affected by PFAS contamination. Since 2018, Abt has been working with the Minnesota Pollution Control Agency and the Department of Natural Resources to execute the settlement. We have provided a wide range of strategic and analytical support to help the agencies develop the drinking water supply plan. Our work includes convening and facilitating public advisory work groups; developing goals and evaluation criteria; conducting cost and economic analysis, as well as public and internal agency surveys; and providing communications and overall decision-support for agency leadership to formulate their recommendations.

Wherever you are, if your environment has been contaminated and you need help assessing the harm and planning restoration, Abt has the knowledge, experience, and capabilities to support you. 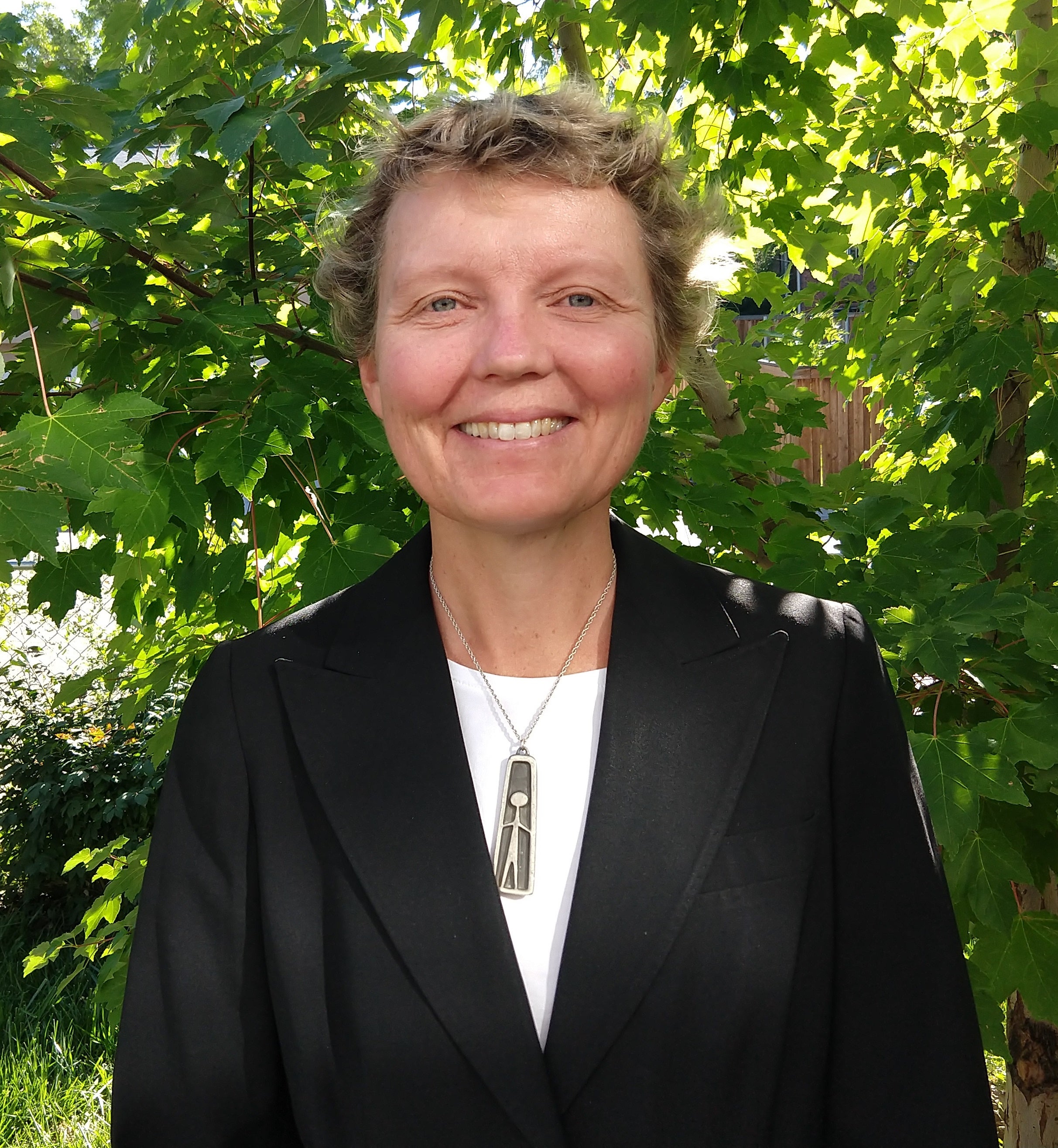 Learn more about our NRDA, Restoration and Environmental Science

Explore all of our Spotlight On Pages

Focus Areas
Climate, Environment & Energy
NRDA, Restoration and Environmental Science
Capabilities
Research & Analysis
Technical Assistance & Implementation
Regions
North America
Jump Forward
Work With Us
Ready to change people's lives? We want to hear from you.
We do more than solve the challenges our clients have today. We collaborate to solve the challenges of tomorrow.
Link