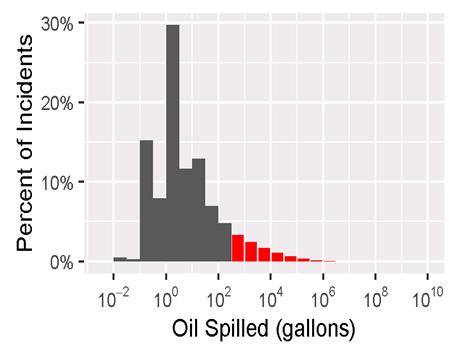 Oil spill risks with large cargo vessels. Abt Associates supported the U.S. Coast Guard in developing an approach for estimating the risks of worst-case marine event scenarios, such as oil spills.

The project established a statistical methodology for estimating the probability of high-consequence disasters based on historical data and extreme value theory. As a demonstration, we used the methodology to estimate the risks of oil spills at large vessels operating above the Arctic Circle. The results showed that although future spills are likely to be small, there is a non-negligible probability of an oil spill greater than 50,000 gallons in the Artic. Worldwide, there is an even greater chance of a catastrophic spill similar in size to the Exxon Valdez.
Regions
North America