SHARE THIS
The U.S. and Armenian governments have partnered for nearly 20 years to improve the quality and availability of health care services for the Armenian population. To sustain and institutionalize these improvements throughout Armenia, Abt Associates implemented the Health System Strengthening in Armenia (HS–STAR) project from January 2011 through March 2013. 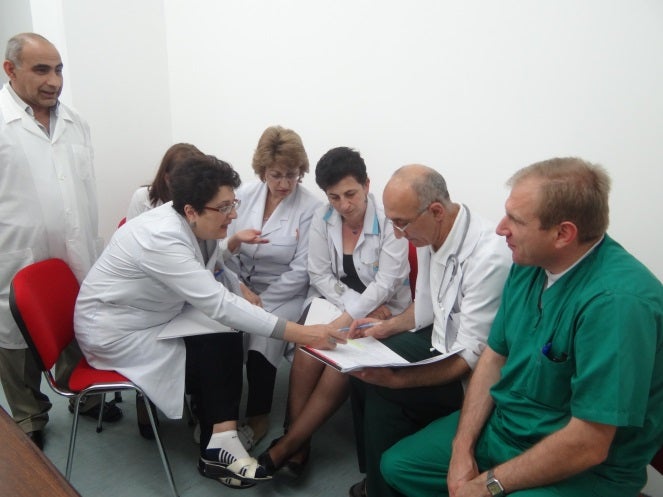 The goal of HS-STAR was to address key constraints in health financing, leadership and governance, human resources, and information systems that impede access to and delivery of quality health services in Armenia. The project relied on an approach that strengthened the core functions of the health system while improving the quality of care and increasing population knowledge in priority service areas, including maternal, neonatal, and child health (MNCH), reproductive health and family planning (RH/FP), tuberculosis (TB), non-communicable diseases (NCDs), and emergency care. The vast majority of activities were implemented through or in close collaboration with counterparts at the Ministry of Health and other local institutions.   Despite an ambitious scope of work given its short duration, HS-STAR made significant progress in achieving its objectives and targets. The project:   HS–STAR built on and enhanced the lessons learned and accomplishments of USAID’s Primary Health Care Reform (PHCR) and NOVA 2 projects. Abt Associates worked in Armenia as a subcontractor on the USAID Armenia Social Transition Program (ASTP) from 2000–2005.   Visit the HS-STAR project’s website.
Capabilities
Research, Monitoring & Evaluation
Technical Assistance & Implementation
Regions
United Kingdom & Europe