Vulnerable people need action on climate change, said Karen Florini, Deputy Special Envoy, Climate Change, U.S. Department of State, who gave opening remarks.
Photo credit: Doug Trapp, Abt Associates Abt Associates and Devex sponsored a forum on November 16 that explored some of the innovative global actions being taken to build low-carbon, climate-resilient cities. The event –  part of Abt’s Bold Thinkers Series – focused on the evolving global landscape for climate change finance, including the role of co-benefits in securing funds to mitigate and adapt to climate impacts.

More than 150 city, state, national, and international policy makers and climate change experts talked about the challenges in reducing greenhouse gas emissions, and how to make the complex science behind climate change part of city planning conversations and decisions.

Florini encouraged the audience to be vocal in support of strong climate change action, especially given the event’s proximity to COP21. 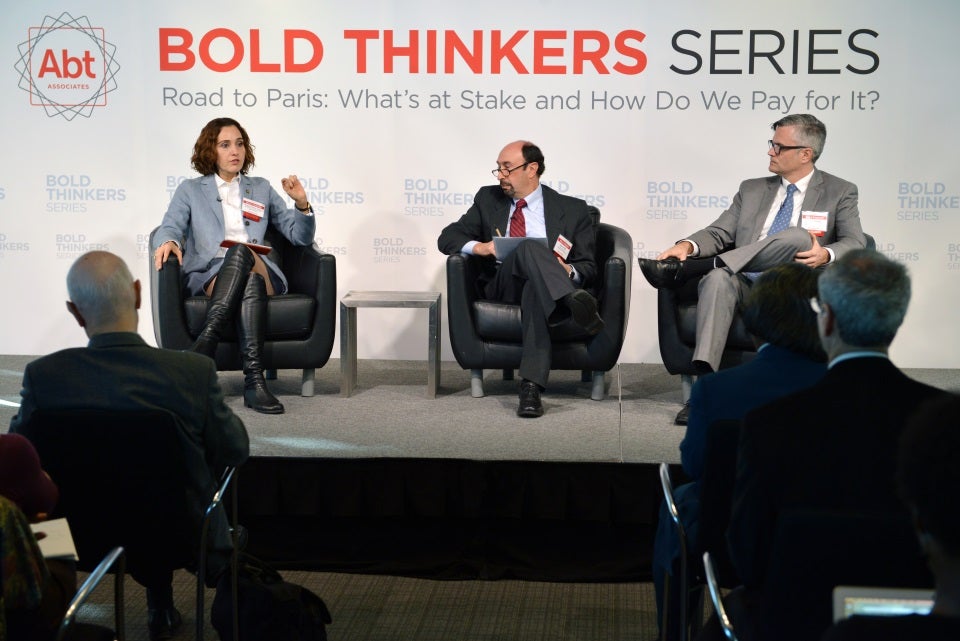 Who Are the Innovators Building Low-Carbon, Climate-Resilient Cities?

The event’s first panel session opened with a discussion about building climate-resilient cities, which was moderated by Joel B. Smith, Abt Principal Associate and expert on climate change impact and adaptation.

Tanya Müller, Secretary of Environment for Mexico City, talked about the role public transportation has played in reducing congestion and greenhouse gases in Mexico City.

View a video of the entire event. “Mexico City made investments in a public bicycle system,” Müller said. “Our bike system is the fourth-largest in the world, with 30,000 bike trips taken each day, and 30 million taken over the past five years.”

Sam Adams – Director of the World Resources Institute’s U.S. Climate Initiative and former mayor of Portland, Ore. – noted the city’s goal to be 90 percent accessible by bike or foot, focusing on the cost-effectiveness of making neighborhoods walkable, and near public transportation. “It’s a smart civic and business investment for cities to invest in sustainability,” Adams said.

Where’s the Money? The Role of Finance in Climate Change

Tercek opened the session by mentioning the important role nature can play in fighting climate change. “Nature can be 25 percent of the solution,” Tercek said. “And as we use nature to address climate change, we may get other co-benefits for free.” 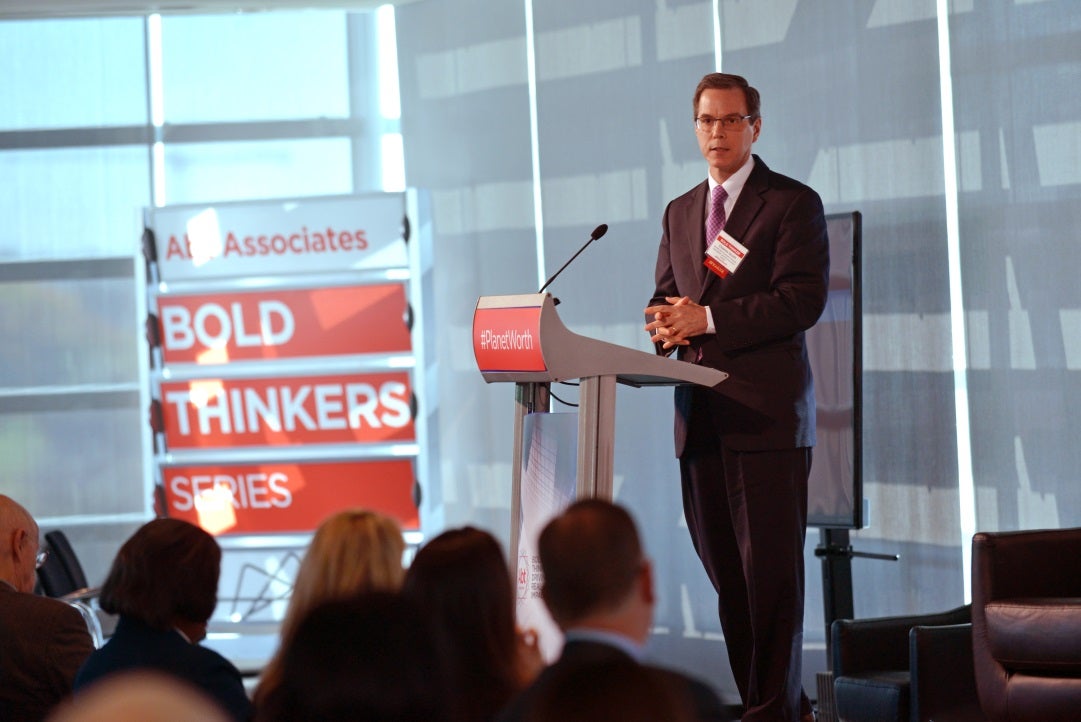 Glen Anderson, Abt Principal Associate and climate adaptation expert, pointed to adaptation funding being mostly short-term when most needs are longer term. “We must look at co-benefits to determine where to invest in adaptation,” Anderson said.

Charles North, Senior Deputy Assistant Administrator, Bureau for Economic Growth, Education and Environment (E3), U.S. Agency for International Development, delivered closing remarks. North talked about the importance acting on climate change, saying that without action, climate change could push more than one million people back into poverty over the next 15 years.

This is not just about what we’re doing in Paris in two weeks, but what we’ll be doing for the next 10 to 15 years,” North said. “And none of us can do it alone.”