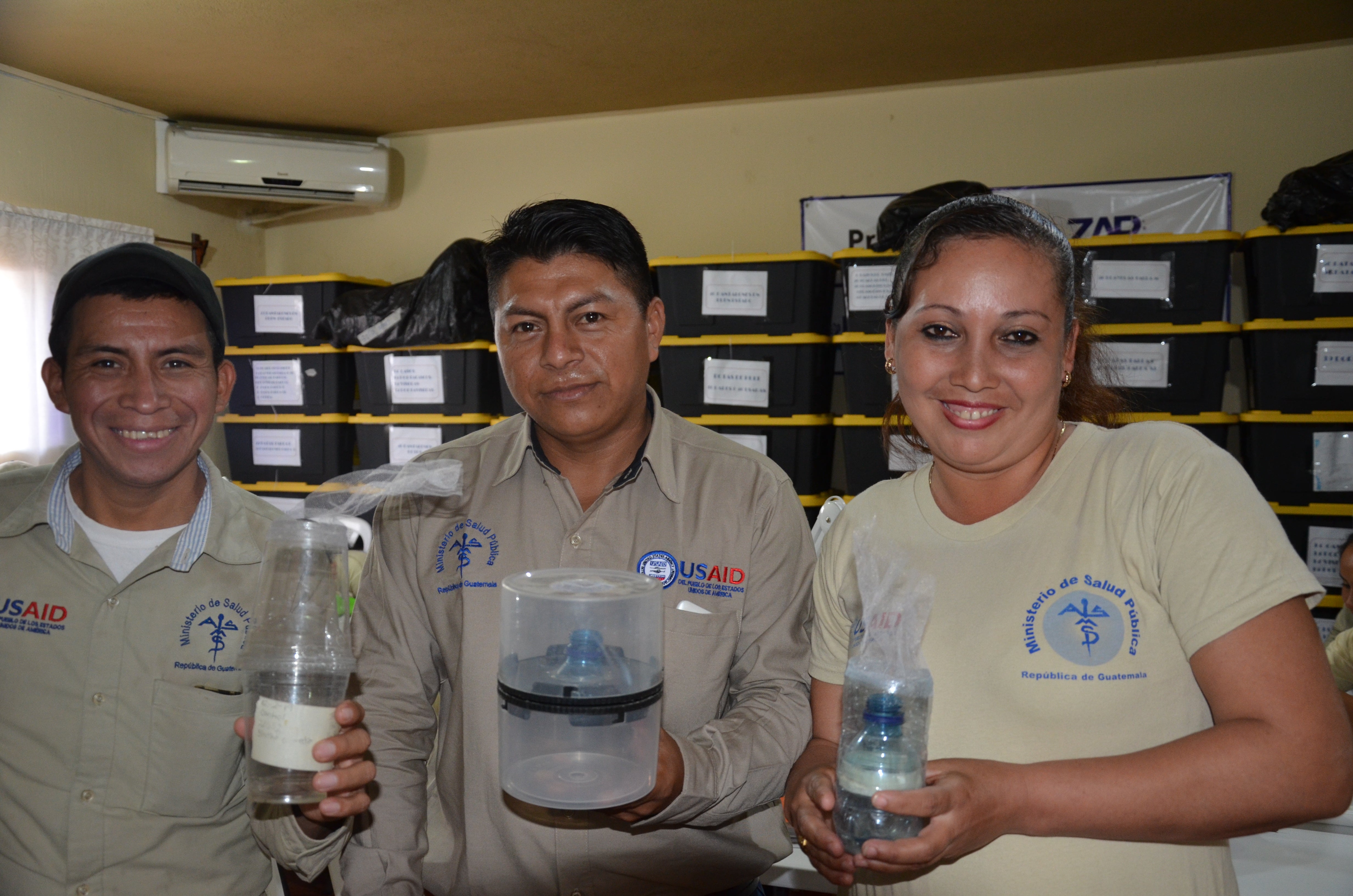 He simply didn’t believe it would happen. That was the reaction of Juan Jose Diaz when he first heard the grand plans for the United States Agency for International Development’s Zika AIRS Project (ZAP). Two years later, the vector control coordinator for the Ministry of Health (MOH) in Chiquimula, Guatemala, is an enthusiastic supporter of the program. “The project in scale and scope is much larger than we could implement,” said Diaz. “Mosquito indices have gone down and the number of positive Zika and dengue cases has decreased. Lives have been saved. We wish that the project was staying here forever.”

Implemented by Abt Associates in coordination with the MOH, ZAP works to prevent, detect and respond to the spread of mosquito-borne diseases, specifically the Zika virus. ZAP works with partners at national and departmental levels to kill mosquito larvae before they can develop into adults and spread disease. The program applies an organic chemical to standing water sources where mosquitoes can breed. ZAP has helped to protect 70,000 vulnerable households in the departments of Zacapa, El Progreso, and Chiquimula.

Miguel Reyes, a field technician from MOH and entomological supervisor at the entomology lab that ZAP helped to equip in Chiquimula, appreciates the advances made. “We received a lot of training on how to test for insecticide resistance using World Health Organization and Centers for Disease Control and Prevention protocols, as well as using other entomological tools for surveillance, which are not typically used by the MOH in Guatemala,” he says. “I’ve also learned how to organize and teach others what I know.”

With increased capacity in entomological monitoring and surveillance, Guatemala is better equipped to prevent and respond to mosquito-borne disease outbreaks. “We have ownership of the project,” said MOH’s Diaz. “We are very happy.”

Focus Areas
Health
Infectious Diseases & Global Health Security
Capabilities
Technical Assistance & Implementation
Technical Assistance
Implementation
Regions
Latin America & the Caribbean
Jump Forward
Work With Us
Ready to change people's lives? We want to hear from you.
We do more than solve the challenges our clients have today. We collaborate to solve the challenges of tomorrow.
Link