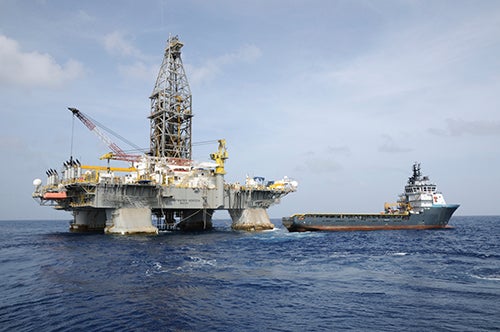 The Deepwater Horizon oil rig in July 2009. An accidental explosion on the rig in April 2010 produced a fire that led to the release of approximately 134 million gallons of oil into the ocean, by far the largest offshore marine oil spill in U.S. history.
Photo credit: Bradford Martin/iStock The Deepwater Horizon oil spill in 2010 was one of the worst environmental disasters in U.S. history. Shortly after the spill, the state and federal agencies that serve as trustees of natural resources began a natural resource damage assessment (NRDA) to understand the full extent of the harm to natural resources and to plan actions to restore these resources.

On April 4, 2016, the court approved a $20 billion settlement between the trustees and BP to resolve the federal and state civil claims resulting from the Deepwater Horizon oil spill, including up to $8.8 billion for natural resource restoration to offset the harm that the oil caused. The Final Programmatic Damage Assessment and Restoration Plan and Final Programmatic Environmental Impact Statement (PDARP/PEIS), released in February 2016, presents the trustees’ findings from the nearly six-year damage assessment and lays out a comprehensive, integrated ecosystem restoration plan to address the injuries to natural resources resulting from the Deepwater Horizon oil spill.

“Abt Associates is proud to have been asked to support the federal and state trustees in evaluating the environmental impacts of the Deepwater Horizon oil spill, from the effects on fish and birds, to the options for restoring vital ecosystems in the affected areas,” said Dr. Joshua Lipton, vice president for Abt’s Environment and Natural Resources division. “Our scientists have been engaged in virtually every facet of the injury assessment and the resulting restoration plan.”

Abt Associates’ staff worked with multiple federal trustee agencies — including the National Oceanic and Atmospheric Administration, the U.S. Fish and Wildlife Service, and the U.S. Department of Justice — and state trustee agencies in Louisiana and Florida, to support the Deepwater Horizon oil spill NRDA and preparation of the PDARP/PEIS. Abt staff contributed to a wide range of activities, including:

Strategic support. Abt staff provided the trustees, the Department of Justice, and the State of Louisiana’s litigation team with strategic case support over the duration of the NRDA. 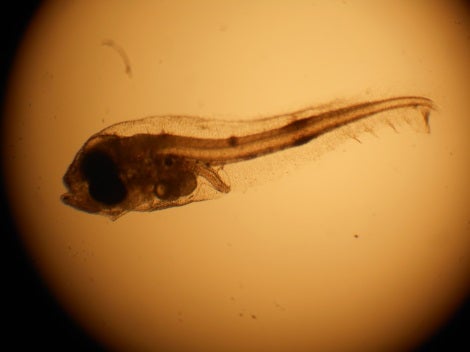 Lost human uses. Abt staff were responsible for the design, management, and implementation of a comprehensive recreational use data collection effort throughout the Gulf States to understand impacts to recreational activities as a result of the Deepwater Horizon oil spill. This included collecting daily aerial and ground-based assessments of recreational activities for multiple months.

Data management. Abt analysts provided data management and analysis support for many aspects of the natural resource damage assessment. This included the design and implementation of data collection and input methods for the tremendous quantity of daily recreational use data, while maintaining the proper documentation and ensuring quality assurance/quality control.

PDARP/PEIS contributions. Abt scientists helped the trustees integrate the results of field observations and laboratory studies into the injury assessment presented in the PDARP/PEIS and also helped frame the restoration approaches and National Environmental Policy Act alternatives included in the plan. Abt staff assisted the trustees with writing and reviewing key chapters of the PDARP/PEIS, authored numerous supporting technical reports and papers, and assisted with coordinating and organizing trustee responses to public comments on the draft document.