Skip to main content
This page is optimized for a taller screen. Please rotate your device or increase the size of your browser window.
Abt SRBI helped conduct some of the best polling for the New Hampshire Democratic and Republican presidential primaries in early February. The tracking poll – which included more than 460 interviews a day – was highly accurate compared to other polling sources. 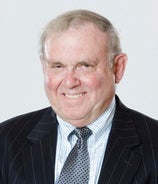 Mark Schulman “In the polling world, nothing is more fraught with danger and difficulty than primary election polling, particularly in open primary states such as New Hampshire,” said Mark Schulman, Abt SRBI Founding Partner and Chief Research Officer.

The University of Massachusetts Lowell asked Abt SRBI to work with them and WHDH-TV (News7) in Boston on a tracking poll for the Feb. 9 New Hampshire primary. The poll produced results every morning for t eight days and was widely quoted in media coverage leading up to the primary.

On the Democratic primary, Sen. Bernie Sanders won the primary by 22 points over Hillary Clinton. While the victory margin was six points higher than the tracking poll predicted, the poll was the second-closest of eight major polls in that contest.

Schulman said that the success was due to the efforts of team members, which included Joshua Dyck, Associate Professor of Political Science at the University of Massachusetts Lowell, Abt SRBI researchers Seth Brohinsky, Raphael Nishimura, Dean Williams, and the SRBI interviewing and data processing teams.

Read the daily tracking poll results.
Capabilities
Data Capture & Surveys
Regions
North America
Jump Forward
Work With Us
Ready to change people's lives? We want to hear from you.
We do more than solve the challenges our clients have today. We collaborate to solve the challenges of tomorrow.
Link