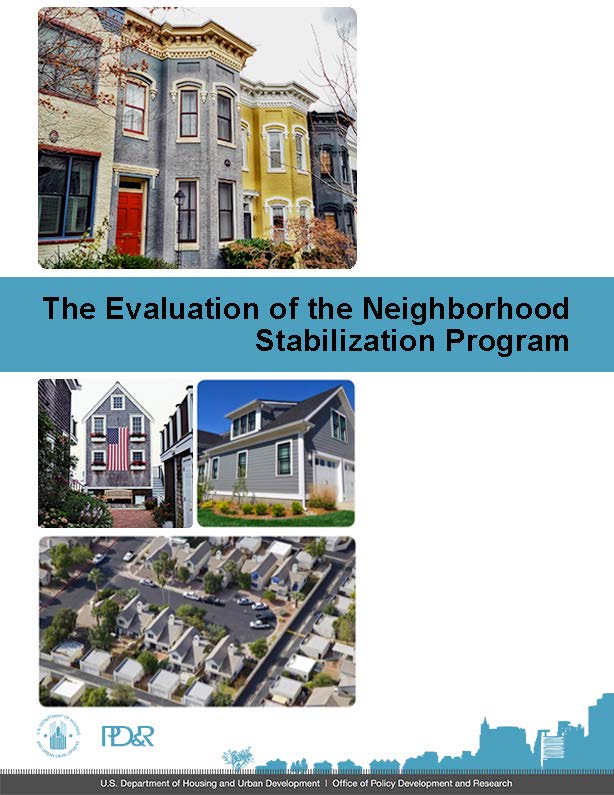 The Neighborhood Stabilization Program (NSP) was designed to arrest the negative spillover effects from the recent national housing foreclosure crisis. The underlying fear was the “contagion effect” of foreclosures—the rash of foreclosures would reduce the sales price or assessed value of neighboring homes or send a negative signal about the future stability of the neighborhoods.

Between 2008 and 2010, Congress authorized $6.9 billion in three separate enactments to create and support NSP (commonly referred to as NSP1, NSP2, and NSP3). Abt Associates evaluated the second round of NSP funding (NSP2), which distributed $1.9 billion to grantees for investments in properties in the hardest hit neighborhoods, and released its findings in a new report entitled, The Evaluation of the Neighborhood Stabilization Program.

The study’s findings provide little evidence that NSP2 activities significantly affected key neighborhood outcomes. At the neighborhood level, price increases were modest among neighborhoods within the seven largest counties that received intensive NSP2 treatment, but the effects differed considerably across counties. At the property-level, the cumulative effect of NSP2 activities was to transition investor-owned properties to homeowner-occupied units, and in one county there was evidence that NSP2 activities reduced property and violent crime. The study did not find any systematic, property-level effect of NSP2 on nearby housing sale prices.

Why Was There No Measurable Spillover Effect?