Skip to main content
This page is optimized for a taller screen. Please rotate your device or increase the size of your browser window.
The USAID-funded Clinical HIV/AIDS Services Strengthening Project in Sofala, Manica, and Tete (CHASS-SMT) began working in Mozambique in 2011 to build the capacity of local health systems in Sofala, Manica, and Tete Provinces to provide quality HIV and AIDS services.

The project, led by Abt Associates, worked closely with the Ministry of Health to expand and improve comprehensive HIV and AIDS clinical services. CHASS-SMT focused on HIV counseling and testing, antiretroviral therapy (ART), and elimination of mother-to-child transmission.

The project, which concludes in the fall of 2015, held an end-of-project event on Sept. 14 in Maputo, Mozambique. Alexander Dickie, USAID Mozambique Mission Director, and Mouzinho Saide, Vice Minister of Health for Mozambique, both attended the event.

Dickie said that CHASS-SMT has made significant progress on HIV in Mozambique. For example, the number of people receiving HIV testing reached 230,000 in 2015, a ten-fold increase since 2012. People are getting HIV treatment at 127 new sites. 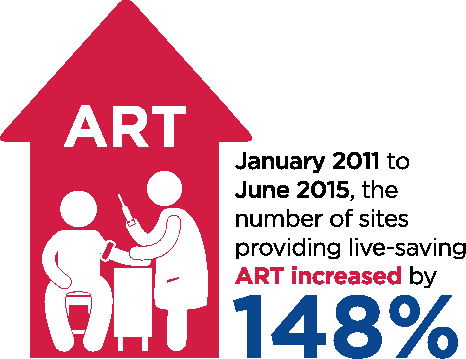 CHASS-SMT highlighted a range of its key achievements during the event. For example, between January 2011 and June 2015: In addition, CHASS-SMT introduced new health services that are essential for a comprehensive HIV and AIDS response. In Manica and Tete, the project helped launch voluntary medical male circumcision services, conducting 22,852 such procedures over the life of the project. CHASS-SMT also implemented comprehensive health services for survivors of gender-based violence in 73 sites throughout all three provinces, providing post-gender-based-violence care to 2,355 survivors. 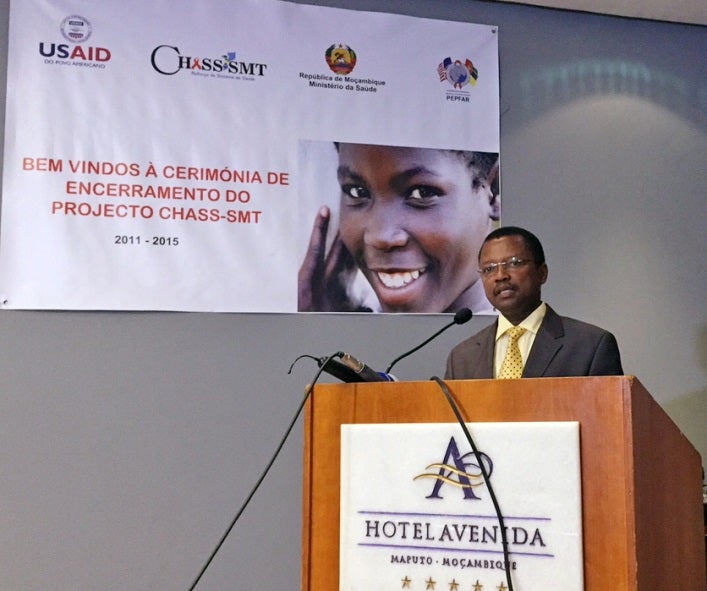 Mouzinho Saide, Vice Minister of Health for Mozambique, said that CHASS-SMT, led by Abt Associates, proved that much could be achieved in a short time regarding HIV and AIDS care.
Photo credit: Sarah Armstrong, Abt Associates

Sustainability through the District Approach

The success of CHASS-SMT is due in great part to the establishment of a system known as “The District Approach,” which targets key health system functions starting at the district level then down to the facility and community levels. CHASS-SMT designed and implemented components in close collaboration with the Ministry of Health (MOH) counterparts at each level, improving their ability to perform their functions, which supports sustainable results.
Vice Minister Saide praised CHASS-SMT’s efforts. He noted that more new managers at the provincial health directorate received financial management training, the country was able to rehabilitate laboratories and medical equipment, and better community outreach is ensuring the retention of more patients receiving ARV treatment – more than 43,000 people.

With the CHASS-SMT project, Saide said, we proved that it is possible to reach great results in a short time.
Focus Areas
Infectious Diseases & Global Health Security
Health
Regions
Sub-Saharan Africa
Jump Forward
Work With Us
Ready to change people's lives? We want to hear from you.
We do more than solve the challenges our clients have today. We collaborate to solve the challenges of tomorrow.
Link