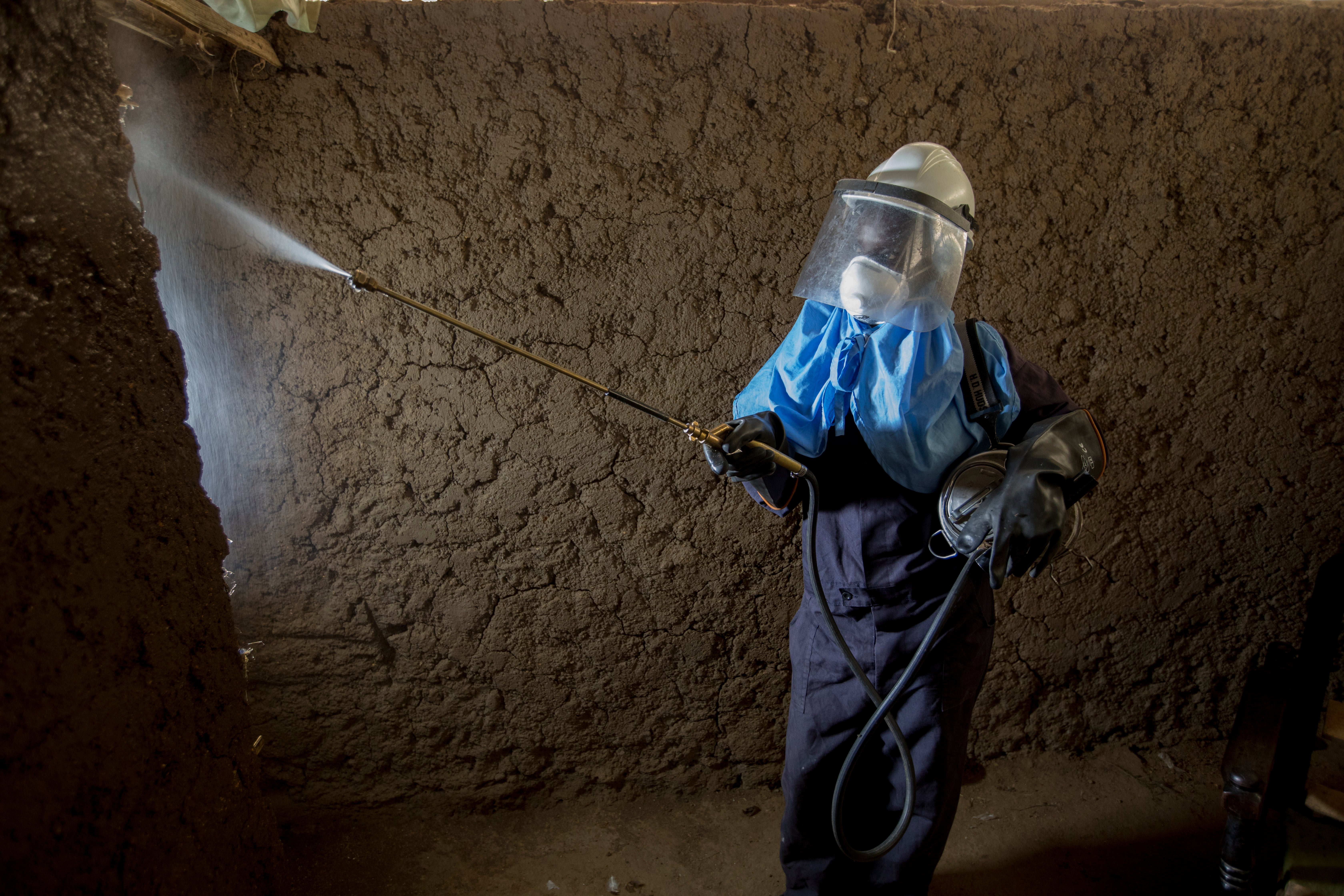 The COVID-19 pandemic is creating massive strains on health systems worldwide. That’s why, as hard as it may be in the COVID-19 environment, it’s imperative to maintain efforts to fight other widespread diseases so that they don’t add to the burden. With good reason, then, on March 25, the World Health Organization (WHO) urged countries to ensure the continuity of malaria services, including indoor residual spraying (IRS) of homes with an insecticide to kill malaria-carrying mosquitoes. In 2018, malaria killed an estimated 405,000 people with an estimated 228 million cases reported. Any slackening of spray efforts could further overwhelm healthcare workers.

Abt Associates has led the U.S. President’s Malaria Initiative’s (PMI) flagship IRS programs since 2011 and currently leads IRS campaigns in 17 countries in Africa, protecting an estimated 21 million people. As the world’s largest IRS implementer, Abt is working to balance the need for spraying with the dangers of COVID-19. “IRS operators are on the frontlines of protection,” said Bradford Lucas, Project Director of the Abt-led PMI VectorLink Project. “Abt Associates is working with donors and host country governments to ensure our programs are carried out with the most extreme caution to ensure the safety of our staff and those we are there to protect.”

Abt has adapted its IRS programs to ensure its training, operations, community mobilization, monitoring, and evaluation follow WHO guidance to protect against the spread of COVID-19. In all its IRS campaigns, Abt for years has adhered to strict environmental and safety compliance measures, with frontline workers wearing personal protective equipment, such as N-95 masks, latex gloves, helmets, face shields, hair protection, coveralls, and boots. With the spread of COVID-19, Abt is following rigorous protocols with extreme cleaning measures in place, including increasing the number of handwashing stations and ensuring workers maintain six feet of distance between each other.

“Building resilience to outbreaks and pandemics requires continued investments in malaria prevention and treatment and strengthening public health systems,” said Lucas. “It means we continue our work but with more caution.”

“We know from years of research and evidence that IRS and the consistent use of insecticide-treated nets are the best tools we have to fight malaria,” said Bradford Lucas, Project Director of the PMI VectorLink Project, implemented by Abt Associates. “Studies show that when we stop IRS in high malaria transmission areas, gains in reducing burden are quickly reversed.”

In Uganda, a study published in Clinical Infectious Diseases showed a resurgence of malaria when IRS was discontinued in 2014. The study found that among children tested for malaria, the test positivity rate was 60-80% at baseline, declined to 15-30% with introduction of effective IRS, then rose back to its baseline level (60-80%) in the 4-18 month period after IRS was discontinued.

Similarly, in Ghana, a 2017 study by Abt showed significant impact of IRS on entomological indicators of malaria transmission in areas where IRS was conducted. Equally important, transmission indicators increased four-fold following the withdrawal of IRS from the area.

Abt’s IRS implementation in the Segou region in Mali from 2012–2014 led to rapid reductions in malaria. However, suspension of IRS in Segou’s Bla District after the 2014 campaign resulted in a 70% increase malaria incidence rates in children under 5 from 2014 to 2015. That was significantly greater than the change reported from Barouéli District, where incidence rates remained the same with continued IRS.

So Abt will continue to spray in 17 African countries to protect 21 million people from malaria. Keeping them out of the health system will enable providers to care for more COVID-19 patients.