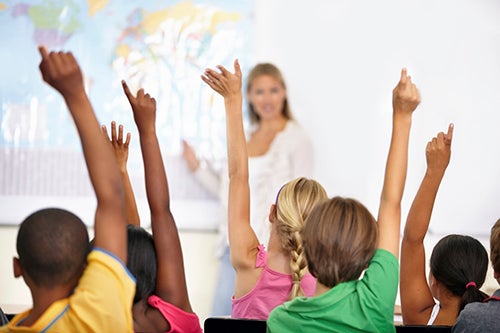 Through a Spencer Foundation grant, Abt will continue to look at the relationship between students’ income status and educational placement. Recent research which looked at the identification, placement, and academic performance of students with disabilities in Massachusetts found that the likelihood of low-income students being identified as requiring special education, and thusly receiving separate placement was substantially higher than that of non-low-income students.

Under a new grant from the Spencer Foundation, Abt Associates’ Dr. Todd Grindal, Harvard University’s Dr. Thomas Hehir, and others, will expand upon this research by examining the relationships between income status and the identification and placement patterns of students with disabilities across four to six states.

“By looking at a data from a larger number of states, we’ll be able to better understand potential patterns of disproportionality among special education students, and how and where they’re placed,” said Grindal.  “All students should be able to learn in the least restrictive environment possible, and our study holds the promise of giving policymakers the information they need to improve educational opportunities for low-income students.”

Under the federal Individuals with Disabilities Education Act (IDEA), states are required to report each year special education identification and educational placement, and identify school districts with considerable race-based disproportionality.  Income status is not considered when determining disproportionality.

Focus Areas
Education, Youth & Families
At-Risk and High-Needs Students
Regions
North America
Jump Forward
Work With Us
Ready to change people's lives? We want to hear from you.
We do more than solve the challenges our clients have today. We collaborate to solve the challenges of tomorrow.
Link