Targeted medical training has transformed midwife Zebo Rusieva from observer to life saver. Zebo works in a maternity ward in Tajikistan—a country with an estimated 32 maternal deaths for every 100,000 live births. In support of the USAID-sponsored Feed the Future Tajikistan Health and Nutritional Activity (THNA), Abt Associates has been training midwives like Zebo, and they’re having a profound impact on the lives of women and children every day.

Midwives can play a significant role in the reduction of maternal and newborn mortality. However, in Tajikistan, midwives have not been able to serve as members of healthcare teams at medical facilities due to a lack of training. Through THNA, Abt has been addressing this and other challenges in Tajikistan’s maternal, newborn and child health care system. The $13 million effort is funded by USAID and implemented by IntraHealth in partnership with Abt.

To help midwives provide counseling and identify and manage postpartum bleeding and eclampsia, Abt developed training materials, conducted training and provided peer-to-peer supportive supervision to 75 midwives by pairing them with national trainer-midwives. 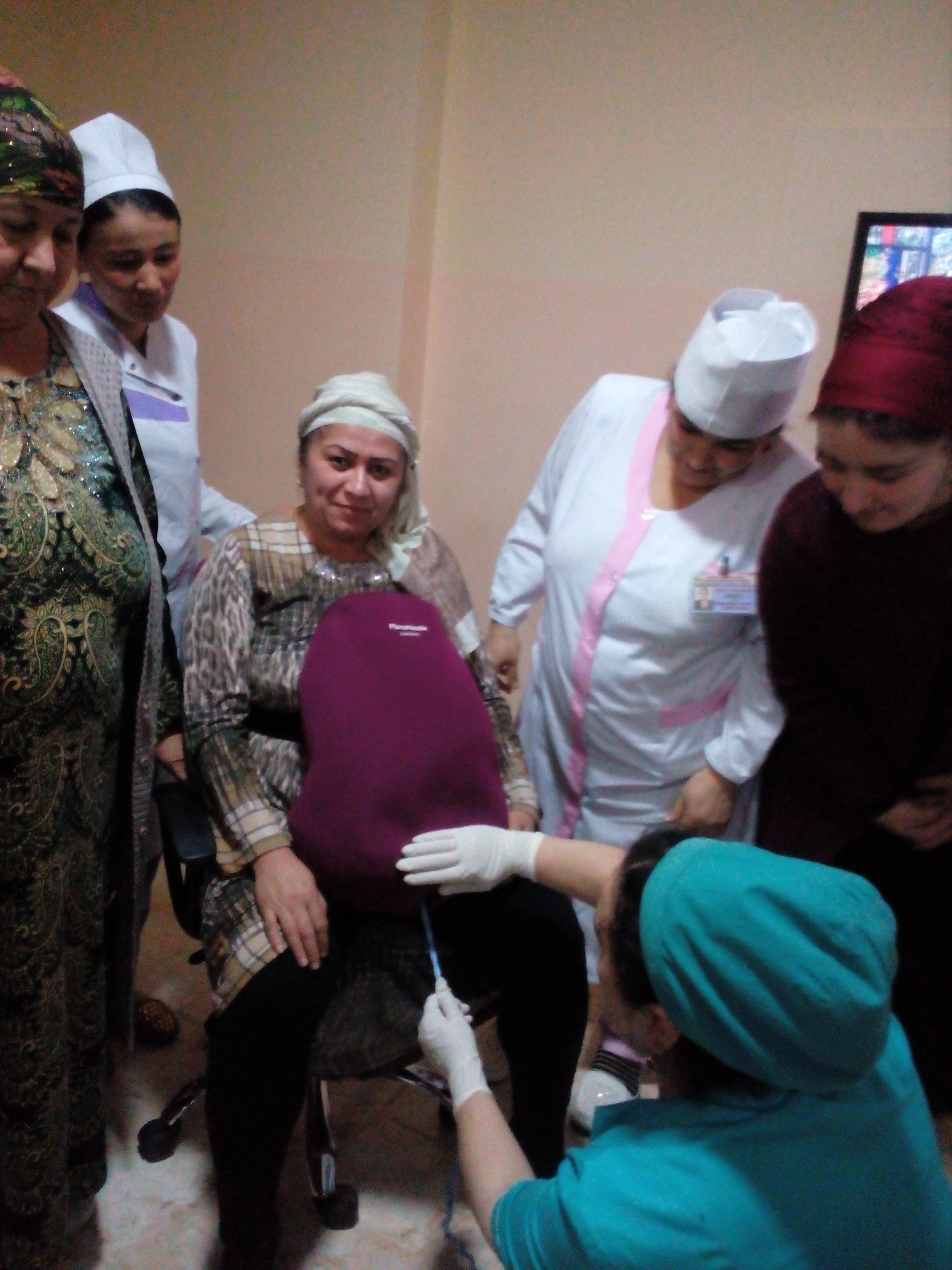 Shortly after Zebo received her training, a woman in labor arrived at the maternity ward. Zebo examined her and identified possible complications. The attending obstetrician-gynecologist had to perform a caesarian section.

At the same time, a woman who had just given birth on the way to the hospital arrived at the maternity ward. She was bleeding and her newborn was suffering from hypothermia.  Realizing that she was the only trained person available, Zebo sprang into action. After assessing the situation, she directed the admission department staff to warm the newborn while she administered intravenous fluids, uterotonics and uterine massage to stop the woman’s bleeding. That night, Zebo helped save the lives of two women and two newborns. It was one night out of many in which she and her colleagues put their training to work to help their communities.

Feed the Future Tajikistan Health and Nutrition Activity is implemented by IntraHealth Int in partnership with Abt Associates in Tajikistan.

I am very proud of myself and my colleagues who are now able to help save lives. After the training and support visits that were held for us by the Project, we feel more confident. Together, we developed internal protocols, and it became easier for us to work in a team. Now everyone knows what to do and when in emergency situations.

Previously, in such situations, we did not know where to run or whom to call, although we could be of assistance.
Focus Areas
Health
Reproductive, Maternal, Newborn and Child Health (RMNCH)
Health Policy & Systems
Capabilities
Technical Assistance & Implementation
Regions
South & Central Asia
Jump Forward
Work With Us
Ready to change people's lives? We want to hear from you.
We do more than solve the challenges our clients have today. We collaborate to solve the challenges of tomorrow.
Link