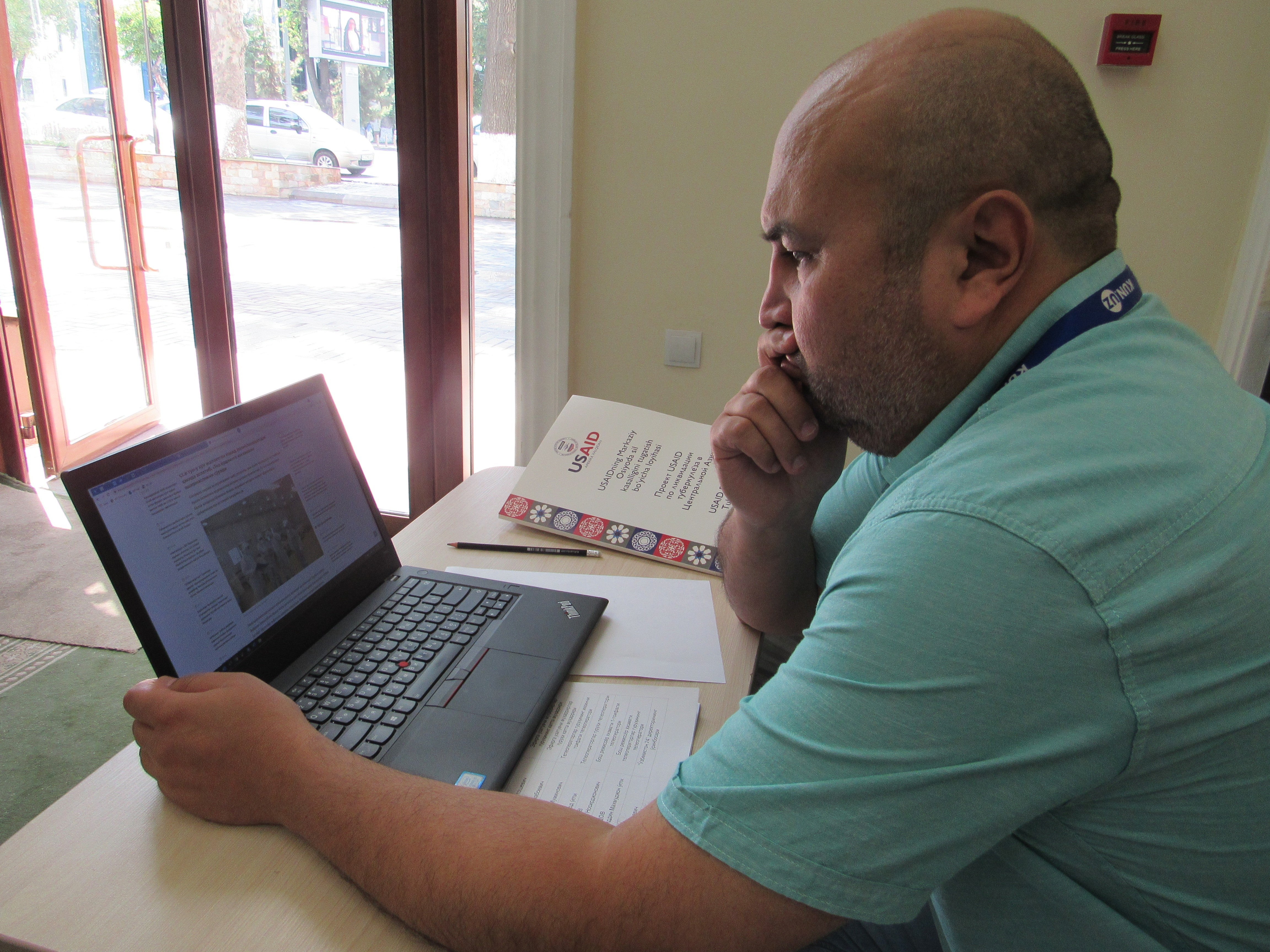 Abror Zokhidov looks through the news on the kun.uz Telegram channel.

The respected Uzbek journalist Abror Zokhidov has covered health and other social issues for years, but until 2021, he had never written about tuberculosis (TB). That changed after he received training about the prevention and treatment of TB from the U.S. Agency for International Development’s Eliminating TB in Central Asia activity.

Zokhidov reports for kun.uz, an influential internet media outlet with more than one million readers. He joined 27 other journalists to take the training in the midst of the COVID pandemic. During the training, they heard TB patients describe the stigma they felt as they struggled to get well. Zokhirov realized that he could play an important role to raise awareness about TB and combat misleading beliefs and the stigma attached to the disease.

TB spreads from person to person through the air. Misconceptions, stigma, and a lack of understanding can increase transmission rates. Many people who experience potential TB symptoms such as cough, night sweats, and weight loss don’t realize they need to see a doctor for a TB test. Others fear TB and are afraid to get tested worried that the community will shun them if they test positive. “After TB, believe us, lives are never the same,” said one person who overcame TB.

TB is a critical issue in Uzbekistan. In the last decade, the Central Asian nation has made significant progress in the diagnosis, treatment, and monitoring of TB and multi drug-resistant tuberculosis (MDR-TB) patients.  Uzbekistan is committed to eliminating TB by 2050. Yet the country still ranks among the top 30 countries in the world for drug-resistant TB cases, and stigma and misinformation are pervasive. 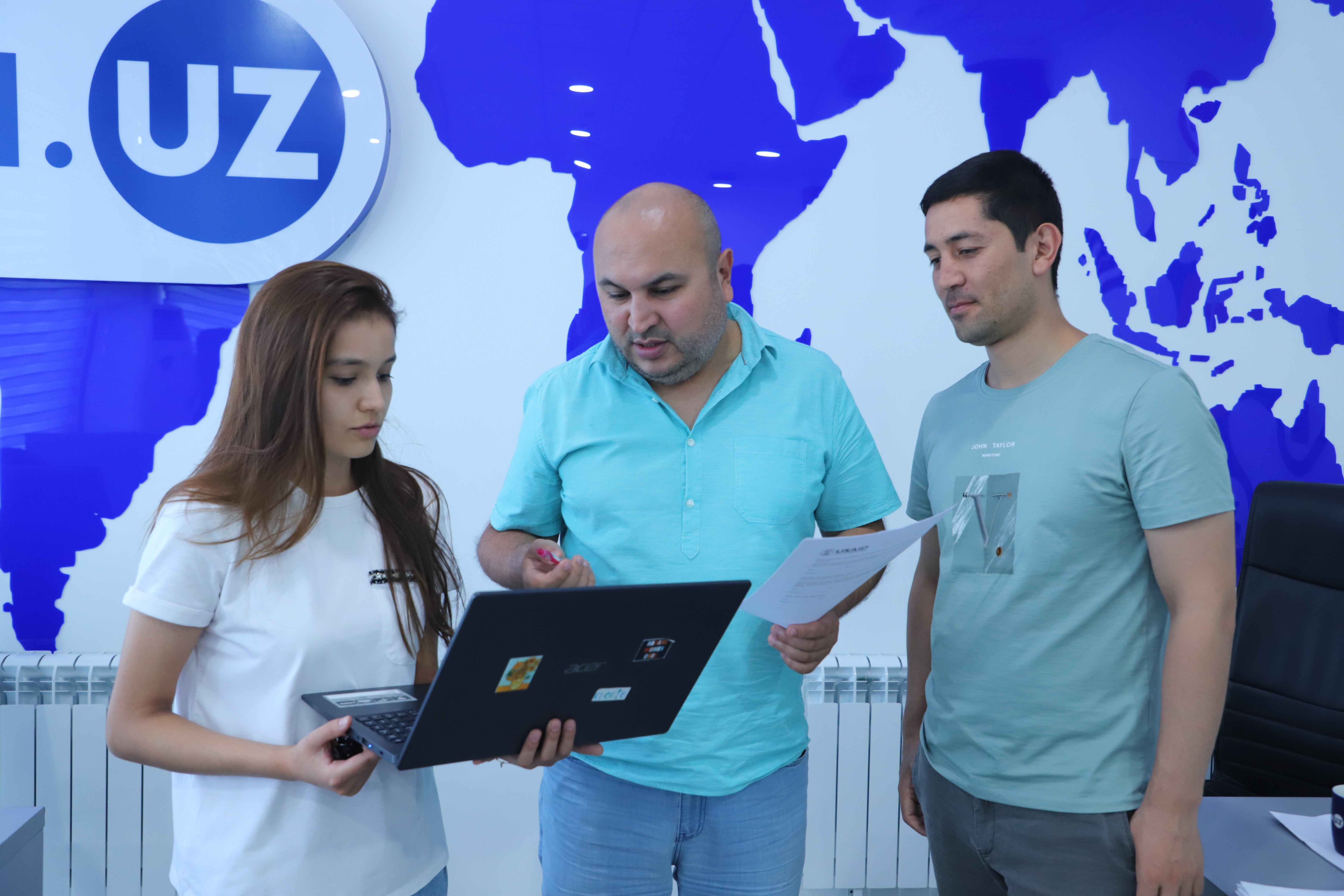 That’s why USAID supports Uzbekistan’s National TB Program in its effort to work with the mass media. The goal of the training initiative was to increase accurate information sent to the public, raise public understanding that TB is curable, and encourage people with TB to seek medical help.

After the USAID training, Zokhidov explored the topic further and then published articles on the subject. “The media is able to be an active player in the fight against TB,” he notes, “and thanks to the training organized by USAID, I received valuable information about TB and realized how important it is to cover this topic.”

Shortly after the training, Zokhidov published more than a dozen articles on TB on kun.uz. The Uzbek version of the website is read by nearly 2.8 percent of the population, with the Russian-language version of the site reaching a readership of 400,000. Articles reached more than 1.5 million subscribers through the website’s Telegram channel, which Abror created and promoted.  His most popular and republished article is an interview with the Head of Uzbekistan’s National TB Program, Professor Nargiza Parpieva, in which she talks about the current TB situation in Uzbekistan.

Zokhidov sees journalism as key to continued work to fight TB. He is committed to combating TB misinformation and stigma and wants to get other journalists on board with this mission. He plans to train novice journalists and create a strong professional team to provide reliable and accurate information and cover the TB situation in the country factually. “Each journalist is granted the opportunity to help close information gaps,” he says. “I’ll do my best to convey this message to younger generations and guide them.”