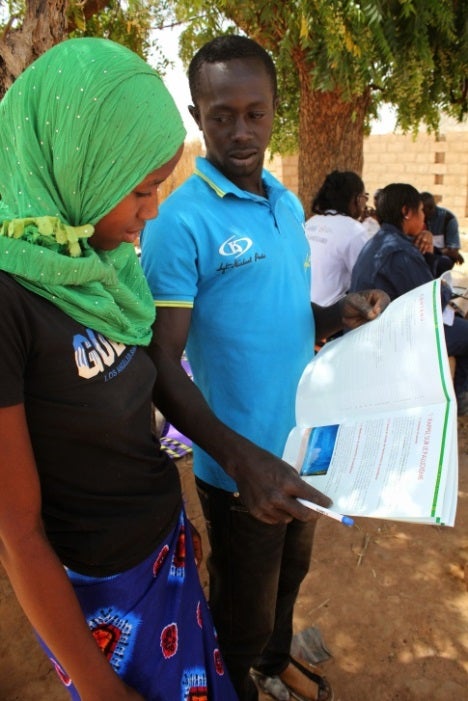 PMI AIRS community mobilizers help people understand the importance of indoor residual spraying (IRS), how to prepare their homes for the IRS teams, and what to do after their homes have been sprayed.
Photo credit: Laura McCarty, PMI AIRS World Malaria Day 2015, observed on April 25, is a time for governments, international organizations, advocates, and private firms such as Abt Associates to recommit to building momentum against the disease. This year’s Malaria Day theme is “Invest in the Future: Defeat Malaria.”

Malaria prevalence has declined significantly in the last decade, but the disease still disproportionately affects women and children in Africa. Of the approximately 584,000 annual malaria deaths, 90 percent occur in Sub-Saharan Africa, according to the World Health Organization.

Abt Associates – as a member of the Roll Back Malaria (RBM) working groups for Malaria in Pregnancy and for Vector Control and leader of the President’s Malaria Initiative Africa Indoor Residual Spraying (PMI AIRS) project – works in the field to reduce malaria transmission and supports better malaria policy.

The RBM Malaria in Pregnancy working group calls attention to challenges in reducing malaria. It also advocates for policy reforms to address these challenges. For example, intermittent preventive treatment against malaria in pregnancy (IPTp) is a highly cost-effective intervention with the potential to save many maternal and neonatal lives. However, IPTp coverage remains low in sub-Saharan Africa.

Abt also leads a malaria program in Uganda and works to reduce malaria in a number of other countries through the Health Finance and Governance (HFG) project. For example, PMI/USAID is working on an operational research study with HFG, in collaboration with AIRS, to estimate the cost-effectiveness of using different insecticide classes for indoor residual spraying in Mozambique. 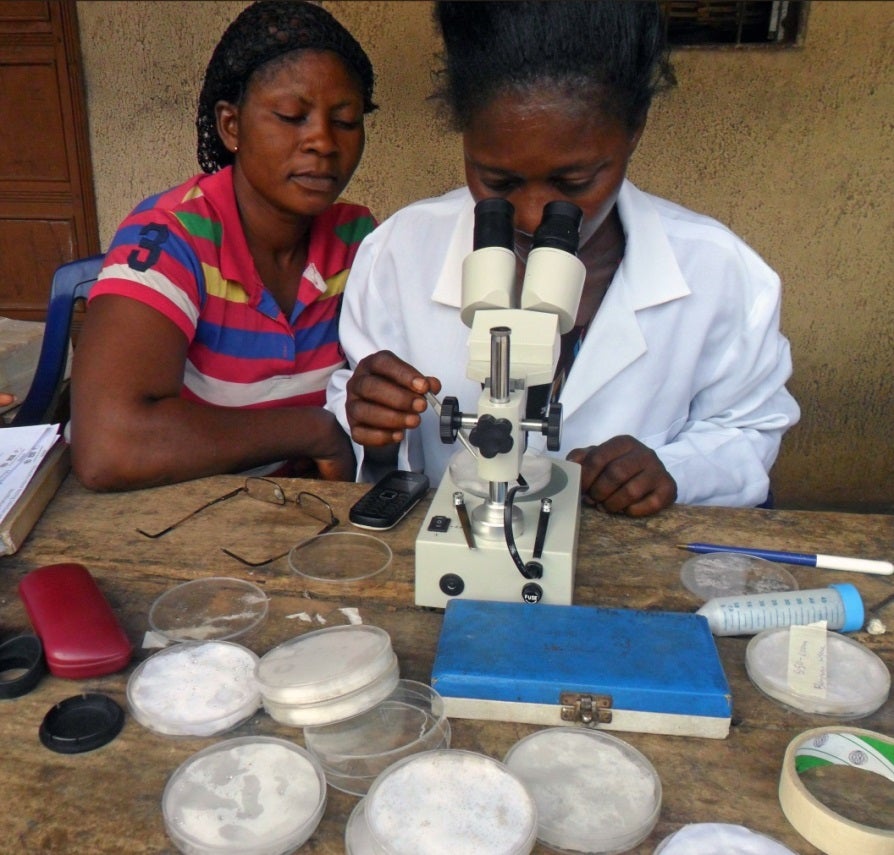 A PMI AIRS entomology technician identifies mosquitoes at the Enugu sentinel site in Nigeria. Entomological monitoring is a key part of PMI AIRS because it ensures that indoor residual spraying has the desired reduction of mosquitoes.
Photo credit: Dogunro Festus, PMI AIRS Also, PMI/USAID will implement a study examining the cost-effectiveness of malaria prevention, diagnosis, and treatment strategies – including use of seasonal malaria chemoprophylaxis – for malaria control in one or two countries with high seasonal malaria transmission.

PMI AIRS, funded by the USAID-led President’s Malaria Initiative, has been led by Abt Associates since 2011. In that time the project has protected more than 37 million people from malaria in 11 countries by spraying insecticide on the walls, ceilings, and other indoor resting places of mosquitoes that transmit malaria, a process known as indoor residual spraying (IRS).

However, the project is much more than IRS, said Bradford Lucas, PMI AIRS director and principal associate for International Health at Abt. “PMI AIRS conducts entomological monitoring, community IRS education and outreach, careful environmental assessments, and a robust monitoring and evaluation system to ensure that structures have been treated properly.”

PMI AIRS also has gone above and beyond by engaging women and local communities in the work, pioneering new methods of reducing the project’s environmental impact, and using technology to improve the project’s efficiency. 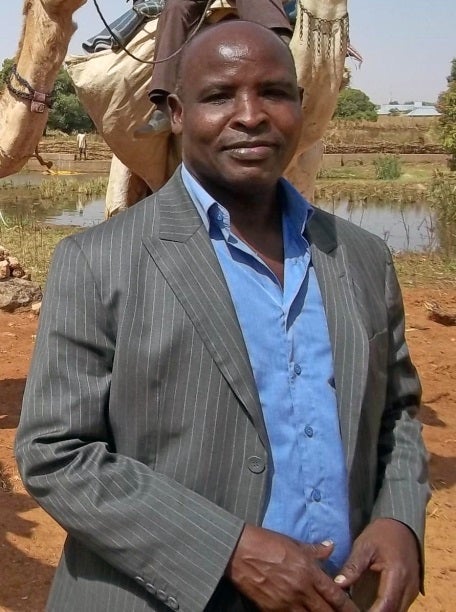 “I still recall vividly my childhood experiences of shivering and having body aches and pains and particularly having to receive the usual painful chloroquine injections, which I always reacted to by scratching my body all over due to the itching that it caused. I grew up terrified of mosquitoes and malaria. In a way, my curiosity to know more about mosquitoes encouraged my sojourn into the field of entomology.”

Samdi, who joined PMI AIRS in 2012, has studied mosquitoes for 14 years, beginning at the University of Florida. He obtained a PhD in Applied Entomology from the University of Jos in Nigeria. Samdi supervises the project’s insectary operations in Nigeria, conducts basic morphological and taxonomic identification of all mosquito samples from the six project sentinel sites in the country, and supervises routine field entomology surveillance at the different sentinel sites.

Samdi hesitated to say Nigeria will be malaria-free very soon. Rather, he was inclined to say that Nigeria can reasonably control malaria through vector control if some foundation guidelines specific to Nigeria are followed.

“However, it is quite possible the country could be malaria-free if Nigeria’s media, which is one of the strongest and possibly the richest in Africa, can face malaria the same way it faced Ebola: Highlighting the risk factors involved in malaria and its attendant impact on mortality, morbidity, and Nigeria’s economy,” Samdi said.