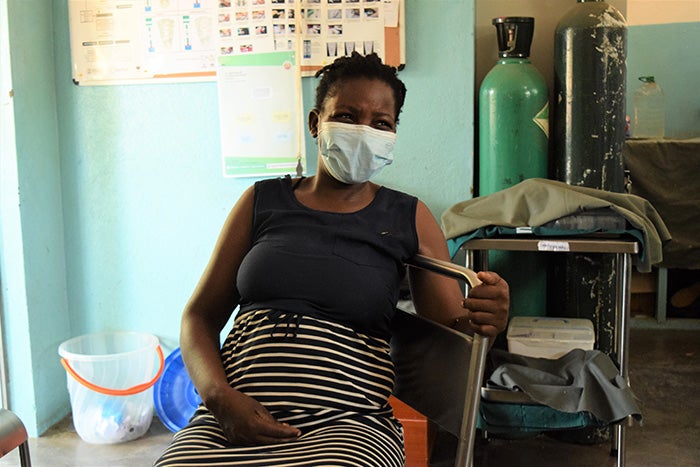 Since the ECHO project introduced a One-Stop pre-natal consultation model, Centro de Saude No. 2 in Tete province has become an efficient and trusted place for pregnant women to seek quick care and resources.

Vertical HIV transmission—when a pregnant woman transmits HIV to her baby or newborn—is a serious concern in Mozambique. Despite improvements in recent decades, 2019 assessments placed the country’s transmission rate above eight percent. With proper antiretroviral interventions for women with HIV, this number can drop to nearly zero. In Tete province, vertical transmission stood at 12.2 percent in September 2018. After two years of support from the USAID-funded Efficiencies for Clinical HIV Outcomes (ECHO) Project, vertical HIV transmission is just two percent both province-wide and at Centro de Saude No. 2, a health center with one of the highest patient volumes in the province.

Centro de Saude No. 2 is not only keeping vertical transmission down but also keeping patients in treatment. In September 2021, 88 percent of pregnant women and 97 percent of breastfeeding women had remained in treatment for at least six months. At the center, Abt trained staff to help women living with HIV during prenatal consultations. The women go on to benefit from interventions preventing vertical transmission through the course of pregnancy. After birth, children receive specialized care, and mothers continue to receive support from Mentor Mothers—dedicated staff Abt trains to provide personalized counseling and care to the new mothers.

According to maternity and prenatal care nurses, Abt’s support has improved service quality at the facility. Before ECHO, nurses remarked, women generally stayed longer at the hospital and experienced long wait times that left them unenthusiastic about returning for further treatment. They had to shuttle from room to room to see multiple doctors for each issue. Now, women visit the health center for just 1-2 hours and receive follow-up, all via a newly-implemented One-Stop Model that enables women to get the care they seek from one doctor, in one room. This is a profound improvement in equitable health care since women no longer have to spend a full day at a facility away from normal work and child care responsibilities. 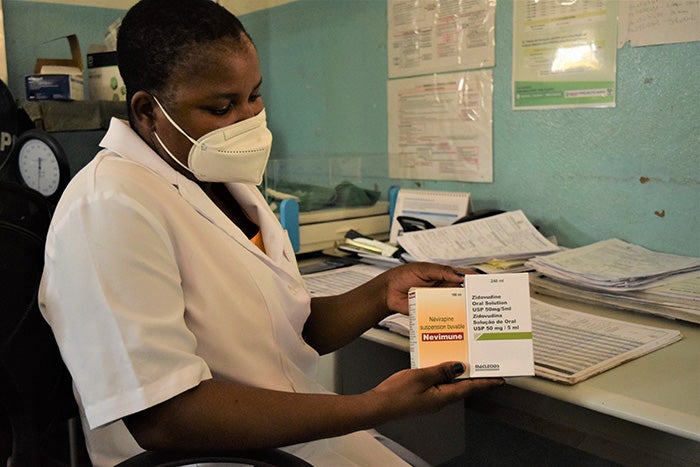 ECHO contributed to the improvement of logistical processes. Currently, there is no longer a shortage of hospital supplies, and there is a quick response to requests for materials, which enables good services,” said Felicidade Fevereiro, a Nurse at Centro de Saude No. 2.

Joana, a 31-year-old pregnant woman and mother of three, lives near Centro de Saude No. 2. After learning her HIV-positive status, her third pregnancy was challenging. She spent many hours in waiting rooms and lacked support from her partner. In August 2020, after continued and improved care, her viral load became undetectable, greatly reducing the chances she could pass the virus on.

During Joana’s fourth pregnancy, she has had more free time, as she does not need to spend entire days in hospital waiting rooms. Thanks to support from psychosocial counselors and Mentor Mothers, she has complied with all guidelines to ensure a healthy pregnancy, and her husband has had additional tools to support her.

Going through her second pregnancy as a mother living with HIV, Joana has learned a lot that she shares with other women at the health center to ensure they also have healthy pregnancies. In waiting rooms, she talks to women living with HIV who sometimes voice despair about their condition. Joana encourages these women to follow treatment and medical recommendations, sharing her own experience to demonstrate the benefits of adherence. Despite living with HIV, Joana has become a leader who uses her voice to help other women take better care of their health.