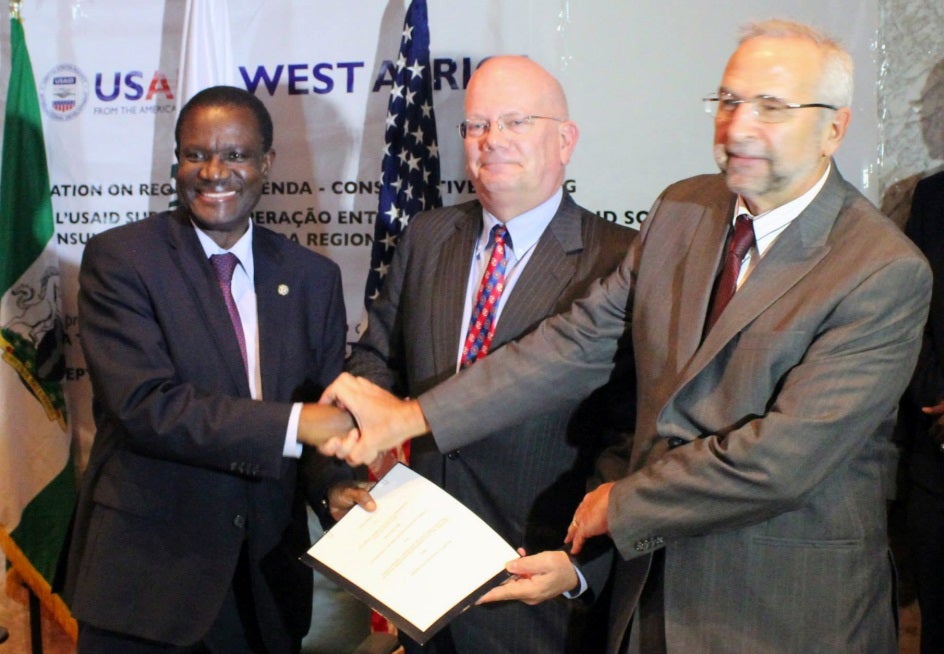 The Trade Hub and African Partners Network builds on the success of previous Abt Associates-led, USAID-funded trade projects in the region, including the Agribusiness and Trade Promotion project. The Trade Hub, which represents an expanded partnership between ECOWAS and USAID, was launched at a meeting between the two entities.

“USAID will collaborate with ECOWAS to increase exports from the region – making West Africa more competitive in world markets,” said U.S. Ambassador to Nigeria James F. Entwistle. “The new Trade Hub is an important part of our broader trade and investment partnership that welcomes Africa’s rise and growth in the opportunities that come from its deepening regional integration.”

The launch was covered by multiple news outlets, including The Sun (Nigeria), and Punch Nigeria.