Skip to main content
This page is optimized for a taller screen. Please rotate your device or increase the size of your browser window.
The PMI AIRS Project, led by Abt Associates, is joining a new partnership to expand the use of new anti-malarial insecticides to defeat malaria. The partnership, announced on Feb. 1, includes UNITAID and the Innovative Vector Control Consortium (IVCC). 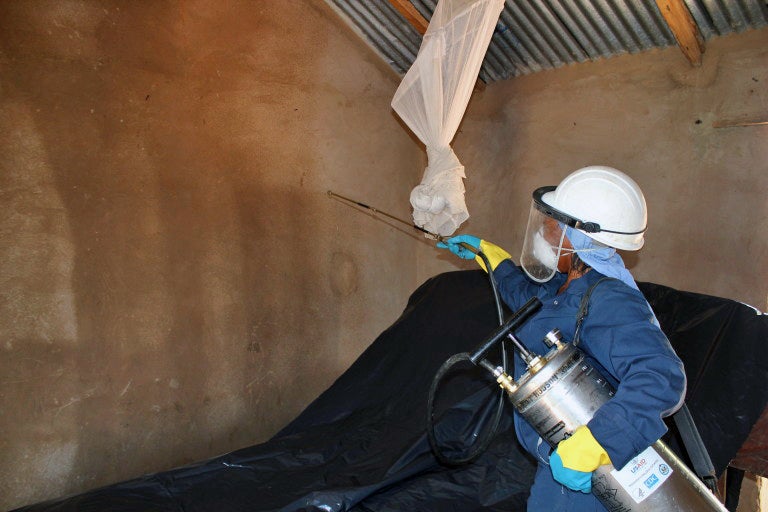 “If [insecticide] resistance continues to spread unabated, there could be 120,000 more deaths from malaria a year. Unless newer insecticides are used, we run the risk of considerable reversals in the fight against malaria,” said Lelio Marmora, executive director of UNITAID, a global health initiative funded by the governments of Brazil, Chile, France, Norway, and the United Kingdom.

UNITAID is investing US $65.1 million through IVCC – a non-profit partnership – over four years to create a market for indoor residual spraying (IRS) products which will reduce the price of a new insecticide from $23.50 to at least $15 by 2020, protecting up to 50 million people from malaria through IRS.

UNITAID and IVCC will team up with Abt Associates, the U.S. President’s Malaria Initiative, PATH, and the Global Fund to work with industry and country malaria-control programs to make alternative insecticides with high efficacy more readily available in countries with a high burden of malaria. The initiative will use a co-payment from UNITAID to bring down the price of these new and more effective products in the short term. A further aim is to reduce the cost of procuring products in the long term through improved forecasting and increased competition among manufacturers.

Read more about this initiative.
Focus Areas
Health
Capabilities
Technical Assistance & Implementation
Regions
Sub-Saharan Africa
Jump Forward
Work With Us
Ready to change people's lives? We want to hear from you.
We do more than solve the challenges our clients have today. We collaborate to solve the challenges of tomorrow.
Link