An Abt Associates team – armed with data and technology – created and carried out an awareness campaign for the Centers for Disease Control and Prevention to help contain Zika, the first mosquito-transmitted disease to cause devastating birth defects.

The pictures from Brazil showed babies born with abnormally small heads or distended limbs. They were victims of Zika, a virus likely contracted from a mosquito bite during their mothers’ pregnancy.

Brazil and Puerto Rico reported growing numbers of Zika-related cases in early 2016, and by July 2016, officials had verified the first locally transmitted cases of Zika in Wynwood, in Miami-Dade County, Florida.

The pictures told Selena Ramkeesoon, vice president at Abt Associates, that she and her team were about to begin an extraordinary communications campaign for the Centers for Disease Control and Prevention (CDC).

Speed would be critical to the campaign’s success.

No Ordinary Campaign
Typically, an evidence-driven communications campaign starts with in-depth formative research based on audiences, goals, and time. The process can take months.

“In a public health emergency, you have to condense all of that,” Ramkeesoon explained. “We didn’t have time to collect a clean data baseline when we needed to quickly deliver information about an unprecedented threat to pregnant women and their partners. It’s especially challenging when the science is still evolving, as is the case with the Zika virus.”

With the number of Zika cases growing in Puerto Rico and outbreaks expected in several regions of the U.S., Ramkeesoon and her team designed and tested communication materials to support CDC’s readiness work in both regions. This meant developing and testing full-scale media campaigns, including prevention messages on radio, billboards, bus shelters, magazines, and newspapers, as well as digital and social media.

“We knew we had to target women of childbearing age who were pregnant or were thinking of becoming pregnant – and their partners,” said Ramkeesoon. "Everyone wanted to know what they needed to do and how they could protect themselves and their families.”

A Multi-Tiered, Digital Response
Starting with a response for Puerto Rico, Ramkeesoon’s team saturated the Caribbean island’s mass media channels, digital and social media platforms, movie theatres, mass transit, grocery stores, shopping malls, bars and restaurants, and Coliseum or Coliseo, with prevention messages based on CDC research. In the U.S., they focused on geographical areas with the highest risk for locally-transmitted cases due to the presence of the mosquitoes that can carry the disease.

Abt planned for several “Day One” scenarios, where epidemiological data suggested the first case of locally transmitted Zika was likely to appear in the U.S.

"When the first announcement came from Wynwood, we had the ads tested and up within two to three days. We responded even more quickly to cases in Miami Beach,” said Ramkeesoon. “You can’t wait in a crisis.”

The U.S. campaign leveraged a geo-targeted strategy to prepare high-risk regions, using a mix of out-of-home, radio, and digital and social media advertising. 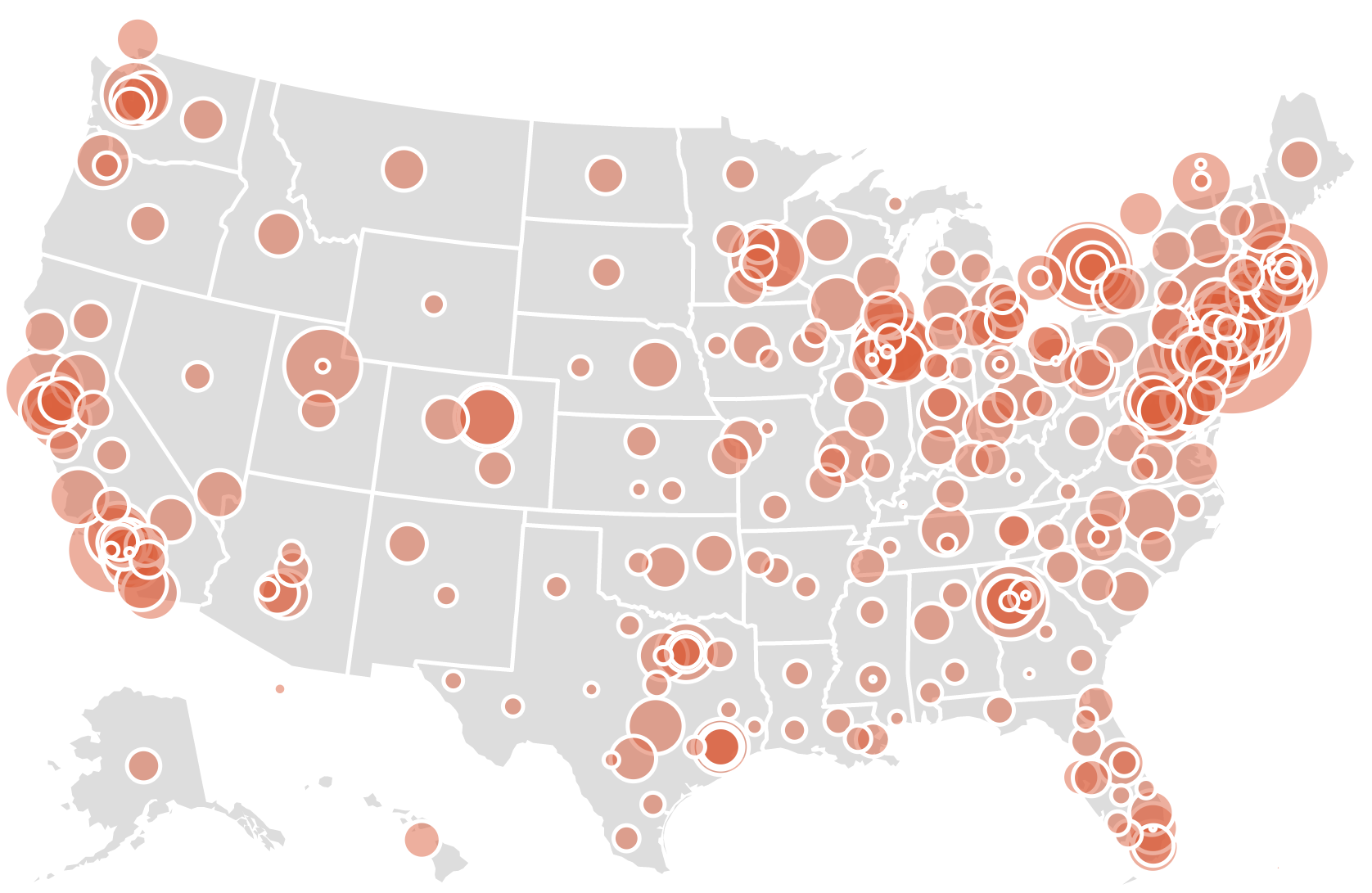 The map above shows U.S. participants in the SMS program by area code.

DSET Senior Project Manager Cicely Wanska explained that SMS was an important innovation to bring to the campaign since most people have a text-capable phone.

“You have a limited time period to catch people, and you have to catch them where they’re at,” Wanska said. “If you can't drive technologies out fast enough to reach them, you're going to lose your audience. We focused on the user experience and rapidly deploying the system for the target audience.”

Over the seven-month pilot, SMS served more than 25,900 users, and earned CDC a first place Blue Pencil and Gold Screen mobile award from the National Association of Government Communicators.

“This was not your ordinary communications campaign and Zika is not your typical mosquito-transmitted illness,” Ramkeesoon said. “We leveraged our communications, research, and technology teams to develop a rapid, culturally-relevant response when time was of the essence.”

Focus Areas
Health
Capabilities
Technical Assistance & Implementation
Communications & Behavior Change
Regions
North America
Latin America & the Caribbean
Jump Forward
Work With Us
Ready to change people's lives? We want to hear from you.
We do more than solve the challenges our clients have today. We collaborate to solve the challenges of tomorrow.
Link