Arsenic exposure has been linked to cancer, cardiovascular disease and adverse neurodevelopmental effects, such as IQ loss. People are typically exposed to arsenic through contaminated food and drinking water. Rice has particularly high levels of contamination because rice plants absorb more arsenic than other crops. 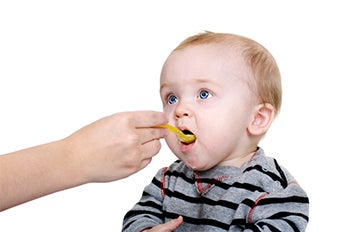 Infants and young children are exposed to higher levels of arsenic from their diet than adults because they commonly eat infant rice cereal, and consume greater amounts of arsenic relative to their body weight.

A new report from Abt Associates and Healthy Babies Bright Futures quantifies these exposures and suggests that the costs associated with the adverse health effects are significant. The benefit analysis indicates that replacing all rice and rice products among children 0-6 years old could result in approximately $12 to $18 billion in additional annual earnings by saving more than 9 million IQ points per year.

“Using the best methods and science that we have, the results are clear,” said Meghan Lynch, Abt senior associate/scientist and lead author of the report, “IQ losses associated with consuming arsenic in rice have significant impacts.”

Feeding Infants Rice Cereal Alternatives Could Save 1 Million IQ Points
Researchers looked at the peer-reviewed literature and drew from established methods to model arsenic exposures and to understand how these exposures relate to health effects.

“Reducing infant rice cereal consumption is an effective way to prevent arsenic exposures,” said Andrea Chiger, Abt senior analyst and co-author of the report. “Parents can take steps to protect their children by introducing a varied diet that includes alternative grains such as oatmeal, as well as fruits and vegetables.”