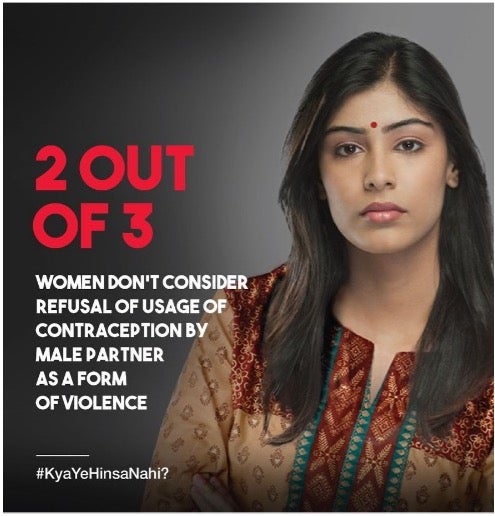 USAID’s Abt-led SHOPS Plus project ran a highly successful campaign in India that reached 24 million people and changed minds about family planning as a form of intimate partner violence.

India, like many other countries, has implemented quarantines and lockdowns to help prevent the spread of the COVID-19 pandemic. A consequence of an extended quarantine and other physical distancing measures is women’s increased vulnerability to intimate partner violence, and restricted access to family planning services. Pre-existing gender inequalities, harmful norms, financial stress, crowded homes, increased exposure to abusers at home, and more domestic work has exacerbated violence in the home.

To confront this problem, SHOPS Plus developed an integrated intimate partner violence and family planning digital campaign, targeting women and their partners using #KyaYeHinsaNahi? (Is this not violence). Because gender norms push women, men, and bystanders to accept violence as part of life, this campaign sought to help women recognize violent behavior early and identify it as unacceptable. It also educated the audience to recognize reproductive coercion, or denying access to family planning, as a form of intimate partner violence. 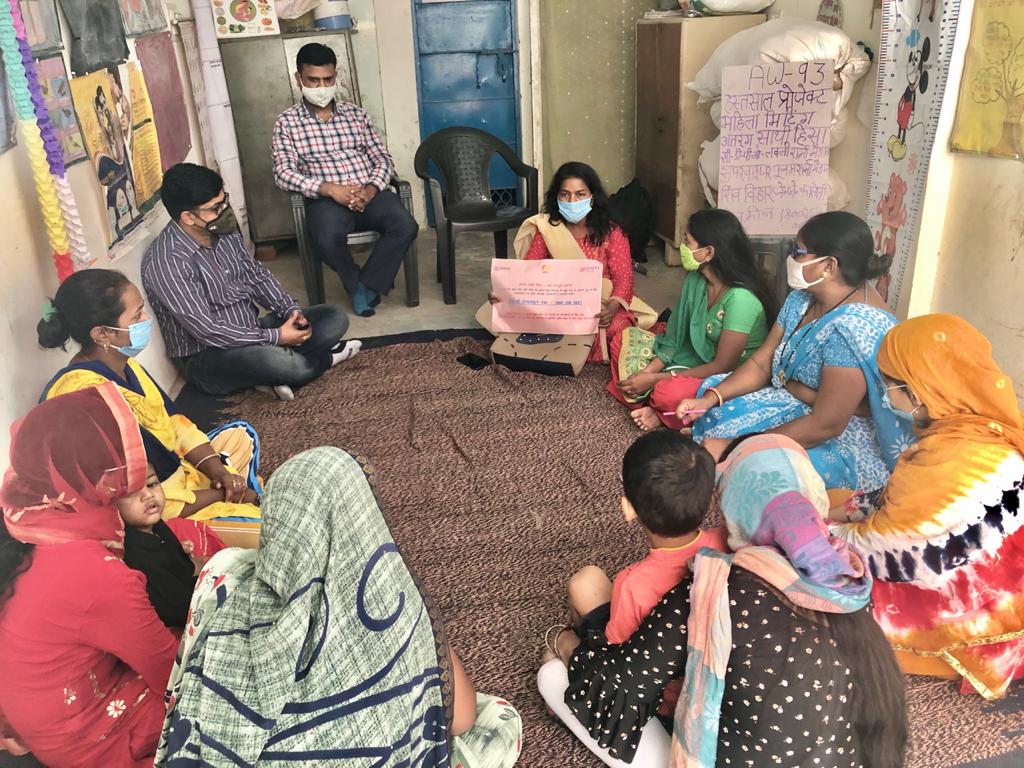 SHOPS Plus partnered with Momspresso, India’s largest online community of young mothers (with a digital platform that has over 30 million readers) to gauge the audience’s knowledge of intimate partner violence, design the campaign, and amplify its message. Momspresso facilitated collaboration with approximately 213 influencers, each with a fanbase ranging between 2,000 and 100,000 followers. To see typical Instagram posts, look here and here. Engagement (likes and comments) totaled over 450,000 clicks across channels. The campaign achieved a 2.1 percent engagement rate, higher than Momspresso’s average rate of 1.5 percent.

The campaign encouraged women to call the SHOPS Plus helpline, through which they would be screened.  Those seeking a confidential way to speak with a counselor on family planning topics were referred to the SHOPS Plus helpline. Those who needed support addressing intimate partner violence were referred to the Indian NGO, Shakti Shalini, to receive specialized counselling.

The campaign concluded in April 2021 and cumulatively reached over 24 million people through influencers, Facebook Live interviews with gynecologists, and several blog posts from gynecologists. Momspresso conducted a post-campaign survey and found that 81 percent of the women who received the messaging now consider not having a say in contraception as a form of violence, compared to 56 percent in a pre-campaign survey. Through Abt’s strong partnerships, we were able to demonstrate that thoughtful messaging, and integrated campaigns can play an important role in amplifying messaging and providing critical support to women who experienced intimate partner violence.

Four Ways Development Work Can Combat Corruption Corruption erodes development efforts but can be interrupted and abated through strong, ongoing commitment to local partner engagement.
Putting Health Workers at the Center of Health System Investments in COVID-19 and Beyond The Health Worker Life Cycle Approach provides a framework that identifies key areas for health workforce investment.
Making Market Systems Work for an Urbanizing World To strengthen urban market systems, Abt is applying five programming practices to account for how their structure and organization, as well as their core supply...
A Unique Opportunity: Diverse Women's Leadership in the Development Sector International development has a unique opportunity to move the needle on diverse and inclusive women's leadership.
Focus Areas
Equity
Ending Gender-Based Violence
Gender Equity
Health
Private Sector Health
Capabilities
Communications & Behavior Change
Technical Assistance & Implementation
Technical Assistance
Regions
South & Central Asia
Jump Forward
Work With Us
Ready to change people's lives? We want to hear from you.
We do more than solve the challenges our clients have today. We collaborate to solve the challenges of tomorrow.
Link