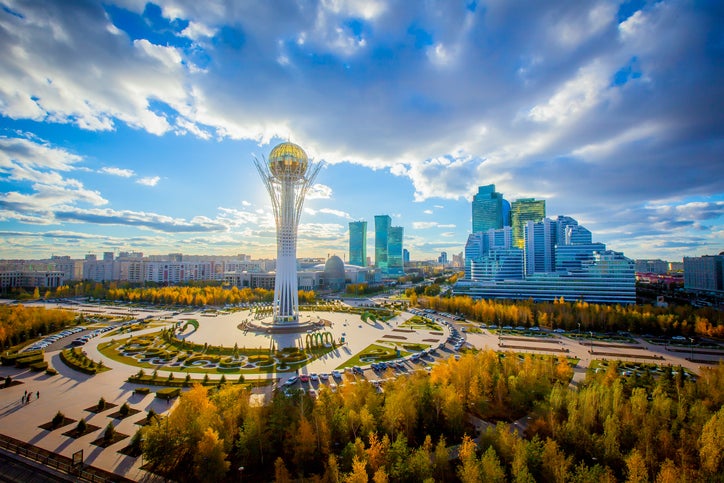 Kazakhstan has revised its environmental code, enabling the country to better address climate change. Signed by Kazakh President Kassym-Jomart Tokayev in January of 2021 and due to take force in July, the revised legislation is necessary for the government to develop a national strategy, and it’s the result of teamwork between Kazakhstan, Abt, and the Environment Law Institute (ELI), under a contract with USAID managed by the International Center for Tropical Agriculture (CIAT).

Abt and ELI developed both the initial concepts of the revised law and the methodological guidance for implementing it, with the latter including guidance on how to develop a National Adaptation Plan and how to bring together the necessary stakeholders to implement those plans. Throughout this successful collaboration, ELI worked closely with Kazakh stakeholders to develop the legal language necessary for Kazakhstan to amend its environmental code, and Abt provided the technical guidance on how to implement the law if ratified.

“This project demonstrated how strong partnerships and extensive stakeholder engagement can bring about meaningful change,” says Abt project lead Lorine Giangola. “ELI offered the legal expertise necessary to enact policy reform, and Abt provided technical assistance to help build Kazakh stakeholders’ capacity for adaptation planning under the new law.  But this work would not have succeeded without the continuous participation and support of our partners in Kazakhstan. We believe that this policy reform will provide the foundation for Kazakhstan to advance its climate action goals and national adaptation planning efforts.”

Focus Areas
Environment & Energy
Climate Change
Environmental Economics and Markets
Policy and Regulation
Clean Energy Solutions
Capabilities
Technical Assistance & Implementation
Technical Assistance
Regions
South & Central Asia
Jump Forward
Work With Us
Ready to change people's lives? We want to hear from you.
We do more than solve the challenges our clients have today. We collaborate to solve the challenges of tomorrow.
Link