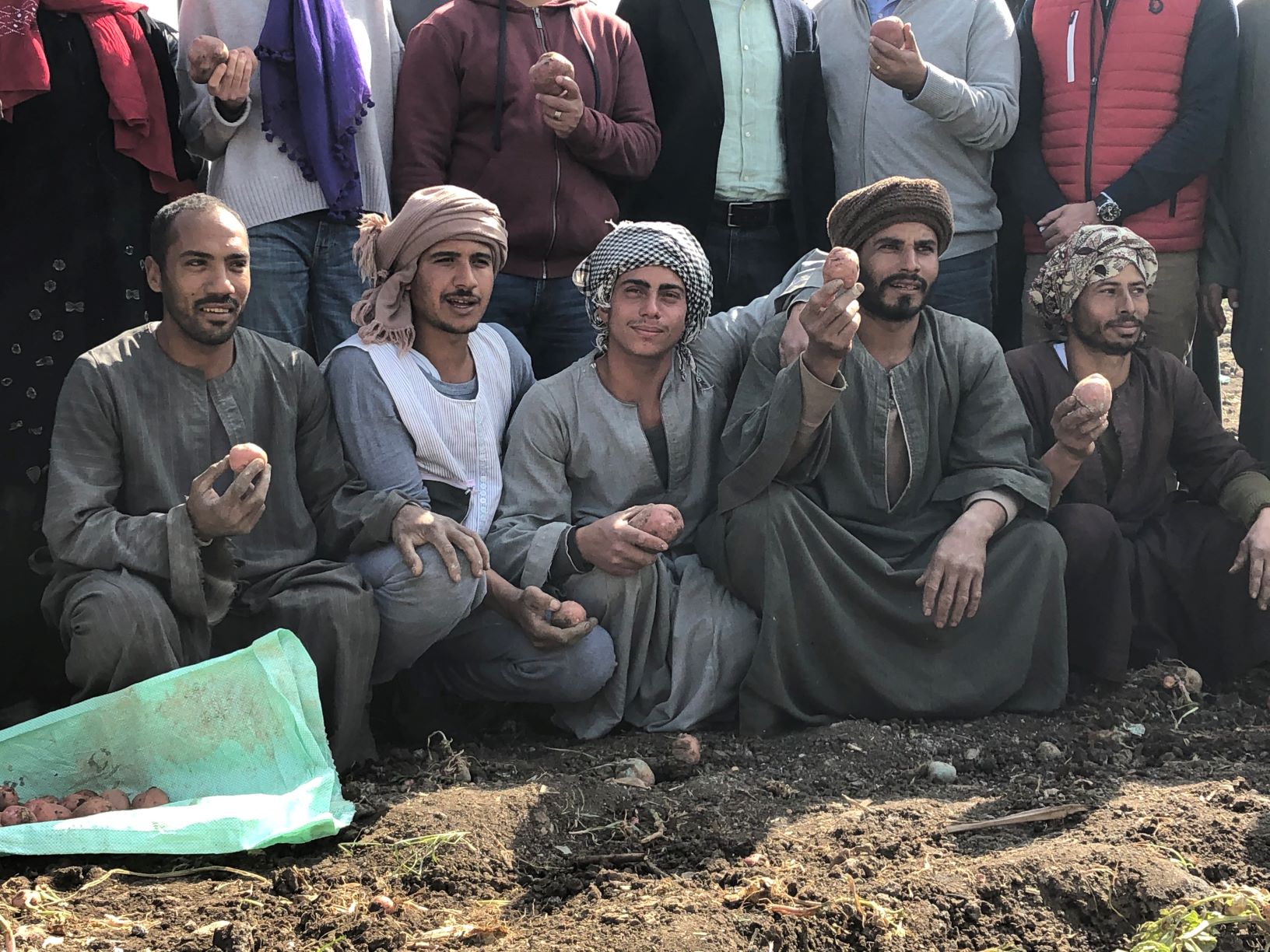 Over the past year, together we helped hundreds of farmers increase potato quality and yield and triple their profits. Now we’re scaling up to thousands of farmers and beyond by partnering to build a new way of doing business that is more transparent and participatory -- and more profitable for everyone involved.

Saeed Mohamed and other potato farmers in the Upper Egyptian village of Dallas in Beni Suef learned their farming techniques from their fathers. That meant Saeed had to adjust if he wanted to sell to new, higher-end markets. He needed to be able to identify good seeds and which pesticides worked well. He needed to know how much water to use to irrigate his three feddans of land. And he had to reduce costly spoilage.

To help, the Feed the Future Egypt Rural Agribusiness Strengthening Project, a USAID-funded activity, launched an initiative with PepsiCo subsidiary Chipsy, Egypt’s largest snack-food producer. The goal of the partnership: increase potato farmers’ income, improve their yield and quality, and connect smallholder farmers to markets. Through the partnership, Abt and PepsiCo provided capacity building and training to farmers on effective use of seeds, pesticides, and irrigation. “We listened to agriculture professionals at the training and benefited a lot from all the helpful content,” says Saeed, one of 150 farmers in the pilot project. Now he picks the right seed, which reduces waste and overspending. He sprays pesticides that don’t leave marks on the potato skin. And he uses 20 percent less water.

In just one growing season, Saeed doubled his production and produced high enough quality potatoes that he could sell them to big companies such as PepsiCo. Overall, farmers in the pilot increased productivity from 6-8 tons an acre to 12-14 tons an acre in four months. Pesticide use dropped by 25-30 percent, and net incomes rose by more than 100 percent. The results helped persuade farmers that changing their traditional methods had benefits. “Seeing is believing,” says Walid Sallam, Chief of Party of the Abt-led project. It’s critical to “show that different ways of doing things work.”

Based on these successes, the project and PepsiCo plan to scale up this model with 850 additional farmers in two new regions in 2021. It’s the kind of USAID partnership with the private sector that can achieve long-lasting results and deliver large benefits for all value chain actors.

Learn more about our work in economic growth and mobility.