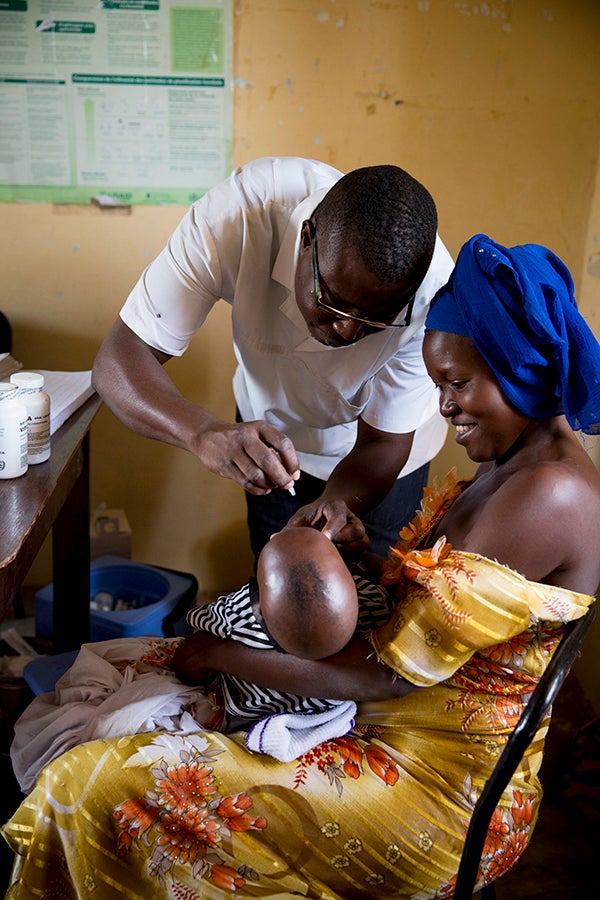 In Bignona, a city in the south of Senegal, the fight against maternal mortality has been a real challenge due to lack of essential reproductive, maternal, newborn and child health (RMNCH) care infrastructure in the city’s health department. Because local facilities were unable to properly treat pregnancy-related complications, patients were transferred to the Ziguinchor region. But the resulting delay in treatment wasn’t just an inconvenience, it created greater chances of infant and mother fatalities.

The Abt-led, USAID-funded project Government Technical Assistance Provider (GoTAP), a direct government-to-government financing mechanism, developed a co-financing scheme with the malaria/RMNCH-focused NDAMIR project to rehabilitate the city’s health center. These efforts came to fruition, with the Bignona departmental council  providing 20 million CFA francs and USAID donating an additional 23 million CFA francs. These funds were used to purchase lab equipment and commodities, and to recruit qualified personnel such as nurses, anesthesiologists, and surgeons.

Contributions also were targeted to meet USAID’s goal of ensuring at least 75 percent of pregnant women who are referred for cesarean sections at the essential obstetric and newborn care block in Bignona have a medical file and are cared for by qualified personnel. USAID freed up additional resources to ensure the newly recruited health staff were managed under a contract binding them to the departmental council.

Just a couple of months after its rehabilitation in August 2020, the Bignona health center performed 30 cesarean sections. Thanks to this government-to-government partnership, patients no longer have to be refered to Ziginchor to seek the care they need.

Focus Areas
Health
Reproductive, Maternal, Newborn and Child Health (RMNCH)
Capabilities
Technical Assistance & Implementation
Technical Assistance
Implementation
Regions
Sub-Saharan Africa
Jump Forward
Work With Us
Ready to change people's lives? We want to hear from you.
We do more than solve the challenges our clients have today. We collaborate to solve the challenges of tomorrow.
Link