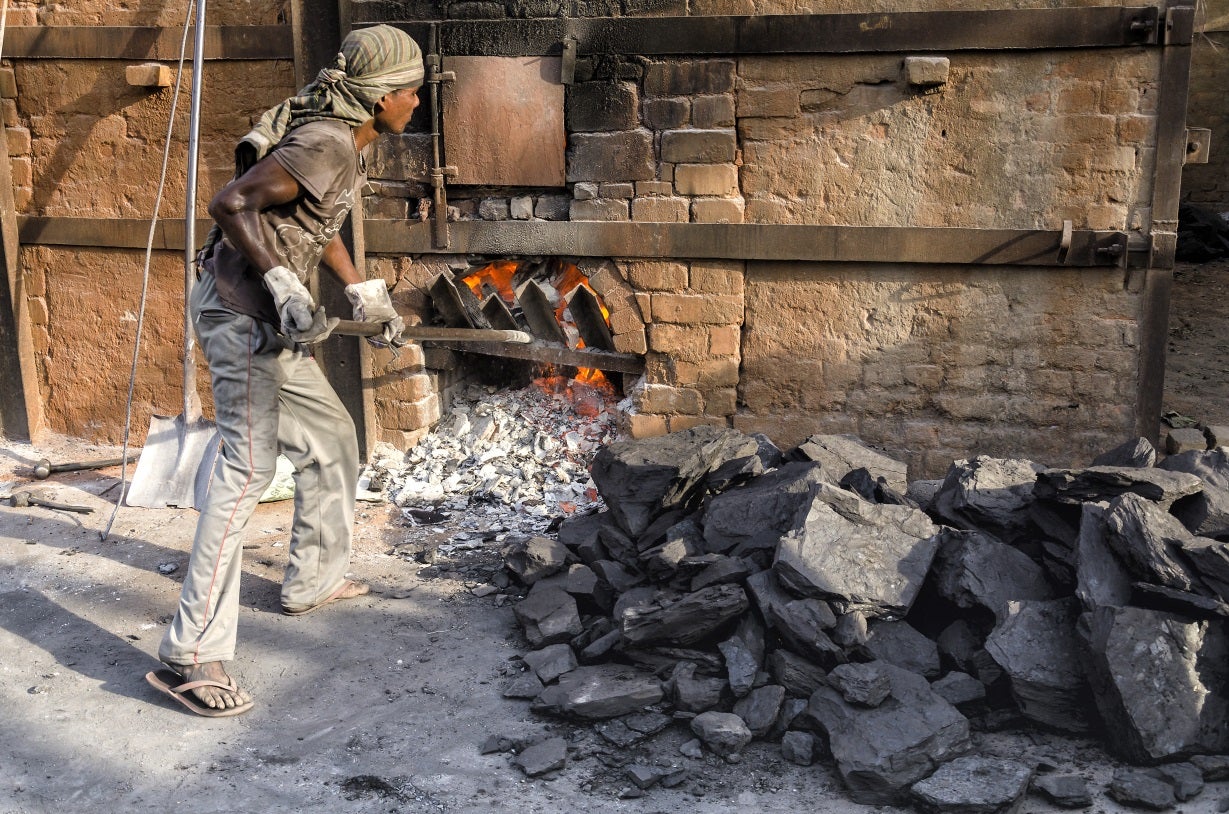 A worker feeds coals into the fire furnace of a small business in Rourkela, India in May 2013.
Photo credit: Shutterstock Asia’s ongoing rapid economic growth is successfully lifting millions of poor people out of poverty, but at a price. The growth also is rapidly driving resource consumption to unsustainable levels and could lead to dramatic increases in emissions, including greenhouse gas (GHG).

The economies of China and India, for example, are expected to grow by 7.7 percent and 5.9 percent respectively annually between 2014 and 2018.

An article in the journal Futures by Hari Bansha Dulal, Senior Associate for Abt Associates, concludes that without widespread implementation of fiscal instruments in Asia – such as carbon taxes and green subsidies for purchasing clean-energy appliances and vehicles – containing rapidly growing environmental challenges, including GHG emissions will continue to remain difficult, if not impossible.

However, Asia also has experience with clean energy policy. “This region, compared to others, has the highest rate of policy innovations that can help encourage green economies,” Dulal said. Fiscal instruments in use there are, to some extent, already altering resource demand and economic activities, but they have not been widely adopted.

Dulal argues that sporadic adoption of these incentives is not going to be enough to curb rising environmental challenges, including GHG emissions and transition Asia to green economy. Despite of all the promises associated with the adoption and implementation of fiscal instruments, there considerable barriers that need to be addressed for these instruments to achieve their fullest potential and help Asian countries transition to a green economy. A thorough understanding of all the aspects of fiscal instruments along with a deeper knowledge of socio-technique regime and political economy of the host nation are required for successful implementation of the fiscal instruments.

Read the article:
“Delivering Green Economy in Asia: The Role of Fiscal Instruments”

Read more about Abt’s work in climate change:
Focus Areas
Environment & Energy
Food Security & Agriculture
Jump Forward
Work With Us
Ready to change people's lives? We want to hear from you.
We do more than solve the challenges our clients have today. We collaborate to solve the challenges of tomorrow.
Link