PMI AIRS Ethiopia staff gather mosquito samples. PMI AIRS conducts entomological surveillance and monitoring across 17 countries in sub-Saharan Africa and builds the capacity of National Malaria Control Programs to help guide IRS programming decisions. Photo credit: Pamela Dasher, Abt Associates On World Malaria Day, observed on April 25, Abt joins others in the call to end malaria for good. More than 3 billion people remain at risk for malaria.
A key part of Abt Associates’ malaria prevention efforts is indoor insecticide spraying, carried out by the President’s Malaria Initiative Africa Indoor Residual Spraying (PMI AIRS) Project and other projects led by Abt. This indoor residual spraying (IRS) has helped protect more than 45 million Africans from malaria since 2011, including millions of children and pregnant women.

But IRS is only one aspect of Abt-led efforts to prevent and treat malaria.

PMI AIRS has been a leader in conducting entomological monitoring and surveillance. In Mali, for example, the PMI AIRS assessed the level of insecticide resistance in Anopheles gambiae s.l. mosquito populations, the primary malaria parasite-carrying vector in the country, against four classes of insecticide recommended for IRS.

The study, “Characterizing the Insecticide Resistance of Anopheles Gambiae in Mali, published in August 2015 in the Malaria Journal, shows that resistance is increasing in Anopheles gambiae s.l. to multiple insecticides, and recommends resistance management strategies based on routine monitoring.

“We also have used creative thinking to continue monitoring under difficult circumstances, such as in 2013 in Mali when our government partner was unable to fulfill its staffing and facility commitments,” said Bradford Lucas, PMI AIRS director and principal associate for International Health at Abt. “Our team turned a 40-by-8-foot shipping container into an insectary equipped for breeding, rearing, and testing mosquitoes.”

Other PMI AIRS strategies have contributed to the project’s success, such as engaging communities, seeking women’s participation at all levels, and maintaining the lowest-possible impact on the environment.

More than a decade of investments in malaria prevention have produced results: Malaria incidence rates declined by 31 percent between 2000 and 2012, according to WHO. 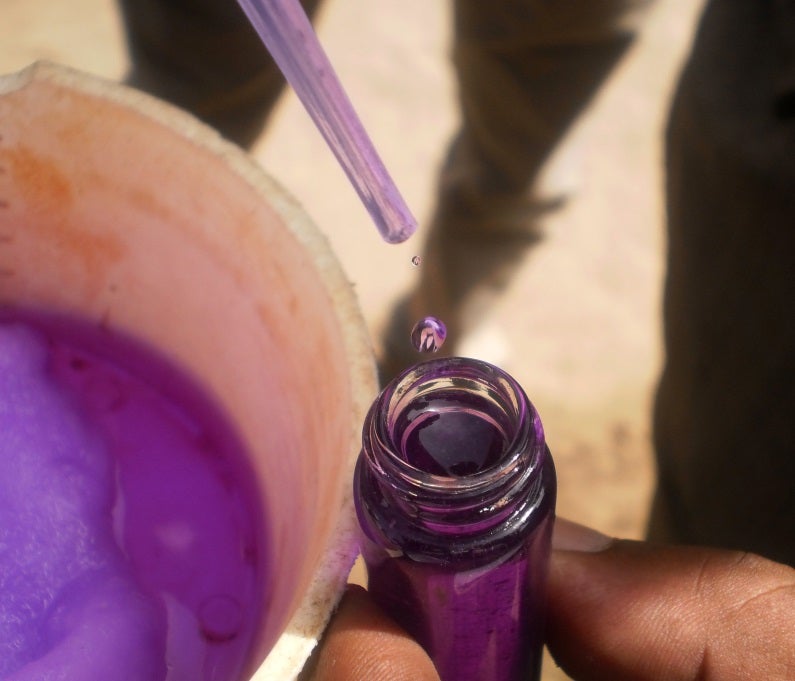 What are the Most Cost-Effective Malaria Interventions?

Other Abt research is examining broader questions, such as the economic impact of malaria interventions.

The Health Finance and Governance (HFG) Project – led by Abt Associates and funded by USAID – aims to fundamentally strengthen health systems at the country level to maximize the impact of malaria interventions. HFG also is producing research to convince decision-makers of the impact that scaled-up malaria control can have.
In November 2015, PMI and HFG hosted a consultative session on the Economic Impact of Malaria Control at the 64th Annual Meeting of the American Society for Tropical Medicine and Hygiene (ASTMH) in Philadelphia, Pa.

The meeting brought together an array of stakeholders — including funders, researchers, and implementers — who called for increased knowledge sharing and coordination among researchers to improve the targeting and efficiency of research efforts and the usability of results. The group also acknowledged the importance of involving implementers, programmers, and policy makers — the “users” of malaria economic research — in these discussions.

HFG is supporting the development of a Community of Practice for malaria economic research stakeholders that will work in support of the recently reestablished Roll Bank Malaria Partnership when its Resource Mobilization Technical Working Group is set up. Participants will include funders and users of this research as well as program implementers and the researchers themselves.

Abt also is carrying out its own research. Two Zambia-based studies began under the Abt-led Health Systems 20/20 project, predecessor to HFG, assessed how Zambia’s health system is affected at the facility level with expansion of malaria control activities. Overall, the findings suggest that expanding these malaria prevention, diagnosis, and treatment interventions did free up facility-level resources to assist other patients.

A third study by HFG in Zambia, expected to be published in 2016, is using data on the distribution of insecticide-treated nets (ITNs) and indoor residual spraying (IRS) from 2006 to 2010. The study examines if these activities in Zambia are associated with improving households’ ability to buy food, medical care, attend school, and save money.