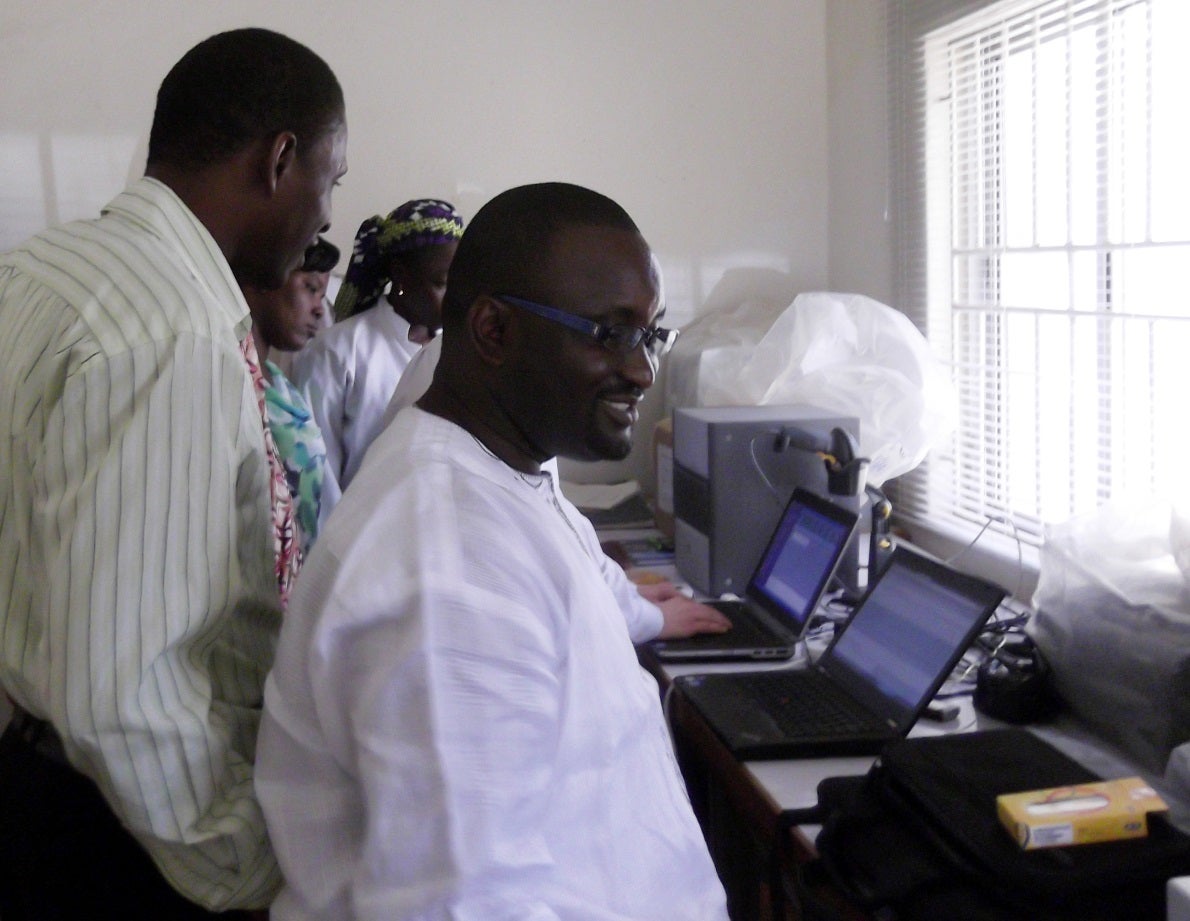 During World TB Day, observed every year on March 24, the World Health Organization Stop TB Partnership and other organizations involved in the global fight against tuberculosis (TB) work to get the message out about the 9 million people who become infected with TB each year. This year, the message focuses on the 3 million who don’t ever receive diagnosis or care for this debilitating but curable disease. A partnership between Abt Associates and the Nigerian Ministry of Health is expected to allow this country to more effectively reach people with TB – therefore reducing its spread and curing more of the most vulnerable, such as children, the malnourished, the elderly, and people already infected with HIV. “Data gathered through GxAlert – a unique Abt innovation – will help Nigerian health leaders to quickly see and respond to areas where TB is affecting the most people,” said Martha Benezet, Abt senior associate and TB technical lead. “This will be an essential strengthening of the national TB data systems to improve efficient and effective management of the government’s TB program for the benefit of all Nigerians.”

"GxAlert has revolutionized the TB control program in Nigeria with faster diagnostic results (with better accuracy) in real time. It has further made patients’ enrollment in treatment centers much easier."

TB deaths have declined over the last two decades, but the disease still was responsible for 1.3 million deaths in 2012 – mostly in sub-Saharan Africa. TB-infected people who don’t know it and aren’t on treatment continue to spread this air-borne disease to others through normal activities, such as breathing, talking, laughing, and singing. Increased speed in testing and starting patients on treatment can help further reduce the number of TB infections and deaths. With this in mind, Nigeria is deploying 50 GeneXpert rapid TB testing machines in government health facilities. However, reporting TB testing results is a lengthy process in many low- and middle-income countries due to a reliance on weak, often paper-based data systems, overburdened labs, and slow delivery of poor quality data to decision-makers. With this in mind, Abt Associates is partnering with the Nigerian Ministry of Health to nationally roll out Abt’s GxAlert Initiative – likely by June. GxAlert software vastly improves TB test reporting times and information delivery by allowing immediate online posting and sharing of TB test results from GeneXpert testing machines. Abt successfully piloted GxAlert with GeneXpert machines in eight locations in Nigeria in April 2013. The combination of technology allowed Nigeria’s Ministry of Health to begin treatment of multi-drug resistant TB more quickly and allocate the necessary drugs where they are needed most. “GxAlert has revolutionized the TB control program in Nigeria with faster diagnostic results (with better accuracy) in real time. It has further made patients’ enrollment in treatment centers much easier,” said Elom Emeka, Chief Medical Laboratory Scientist in the Nigerian Federal Ministry of Health.

Globally, TB also is the number one killer of people with HIV.  Nigeria is rolling out an additional 200 GeneXpert machines that rapidly detect TB in people with HIV. These also will be linked to GxAlert, which will give the Ministry additional information to care for these vulnerable citizens. GxAlert has been deployed for TB testing on a more limited scale in India and Kenya, but Jeff Takle, Abt Director of Innovation, would like to see many other countries carry out national roll outs. “We created GxAlert to help countries provide the most effective, targeted TB treatment possible and prevent other people from contracting the disease in the first place,” Takle said.

Focus Areas
Infectious Diseases & Global Health Security
Health
Regions
Sub-Saharan Africa
Jump Forward
Work With Us
Ready to change people's lives? We want to hear from you.
We do more than solve the challenges our clients have today. We collaborate to solve the challenges of tomorrow.
Link