More than half of the global population – about 4.4 billion people - currently resides in cities. By 2050, this figure is expected to rise to 70 percent, with most of the growth happening in less developed regions such as Sub-Saharan Africa, South Asia, and East Asia.1 Rapid urbanization will have implications on infrastructure such as housing, roads, transportation and communications networks, as well as services like water and energy provision and waste disposal.  Additionally, as cities’ populations grow, so will the risks posed by climate change. Cities currently consume over two-thirds of the world’s energy and account for more than 70 percent of global carbon dioxide emissions.  Congestion, pollution, and poor sanitation and waste management characterize many urban areas in lower and middle-income countries, and those strained systems are more vulnerable to—and exacerbate--natural hazards. Marginalized, under-represented populations living in these countries will be at even greater risk if urban resilience initiatives don’t address the unique challenges and vulnerabilities that they face.

A group that often gets overlooked when we talk about rapid urbanization and the significant risks it poses to vulnerable groups is indigenous peoples. It is often assumed that they mainly live in rural areas.  However, in all parts of the globe, an increasing proportion of indigenous peoples have been migrating to urban areas for some time now—both voluntarily and involuntarily—due to lack of social services (such as education and health), natural disasters, lack of employment opportunities, dispossession, tribal conflicts, and the militarization of their land, to name a few.2

Indigenous peoples experience the shocks and stresses of migration and rapid urbanization more severely than others. Though a move to the city could mean better opportunities, the transition also means loss of culture, identity, and community. Statistics have also shown that, globally, 30 percent of indigenous persons living in cities tend to live in slum areas and work in the informal sector. This translates to financial vulnerability, food insecurity, restricted mobility (especially during climate-related events like storms, floods, droughts, landslides, heat waves or freezes, and wildfires), and limited access to learning and education opportunities. With urban health programs lacking an intercultural focus, health is also a major issue, with high numbers of cases for preventable diseases documented worldwide. Then there are the issues of discrimination, marginalization, and exclusion. 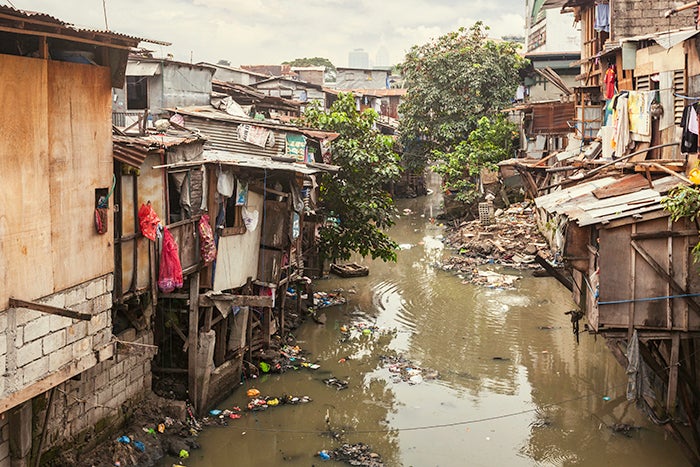 How can governments and donors help build resilience among urban indigenous communities?

As urban populations continue to grow and governments take deliberate steps to craft policies and programs aimed at increasing the ability of cities to survive and thrive as they adapt to stresses and shocks, vulnerable populations’ voices must be heard and their active participation, fostered. Indigenous communities, in particular, have a disproportionate stake in both the challenges and opportunities of the urban dynamic.

Making Equity the Bedrock of Value-Based Care and Payment In this webinar, panelists will explore how value-based care models can serve as the bedrock for equity in the future of healthcare.
Tackling Gender-based Violence Exacerbated by Climate Change Integrating GBV services into climate action planning can mitigate the risks of GBV and reduce GBV-related challenges experienced by women and girls during acut...
SDOH Speaker Series Check out Abt's Social Determinants of Health (SDOH) Speaker Series to learn from leading experts in public health, child and family well-being, and more.
Family Planning
Focus Areas
Environment & Energy
Climate Change
Equity
Racial Equity
Capabilities
Technical Assistance & Implementation
Regions
Australia & Asia Pacific
Latin America & the Caribbean
Sub-Saharan Africa
Jump Forward
Work With Us
Ready to change people's lives? We want to hear from you.
We do more than solve the challenges our clients have today. We collaborate to solve the challenges of tomorrow.
Link