During our more than 20 years in Central Asia, we directly linked health systems, financing and provider payment reforms to clinical practice. 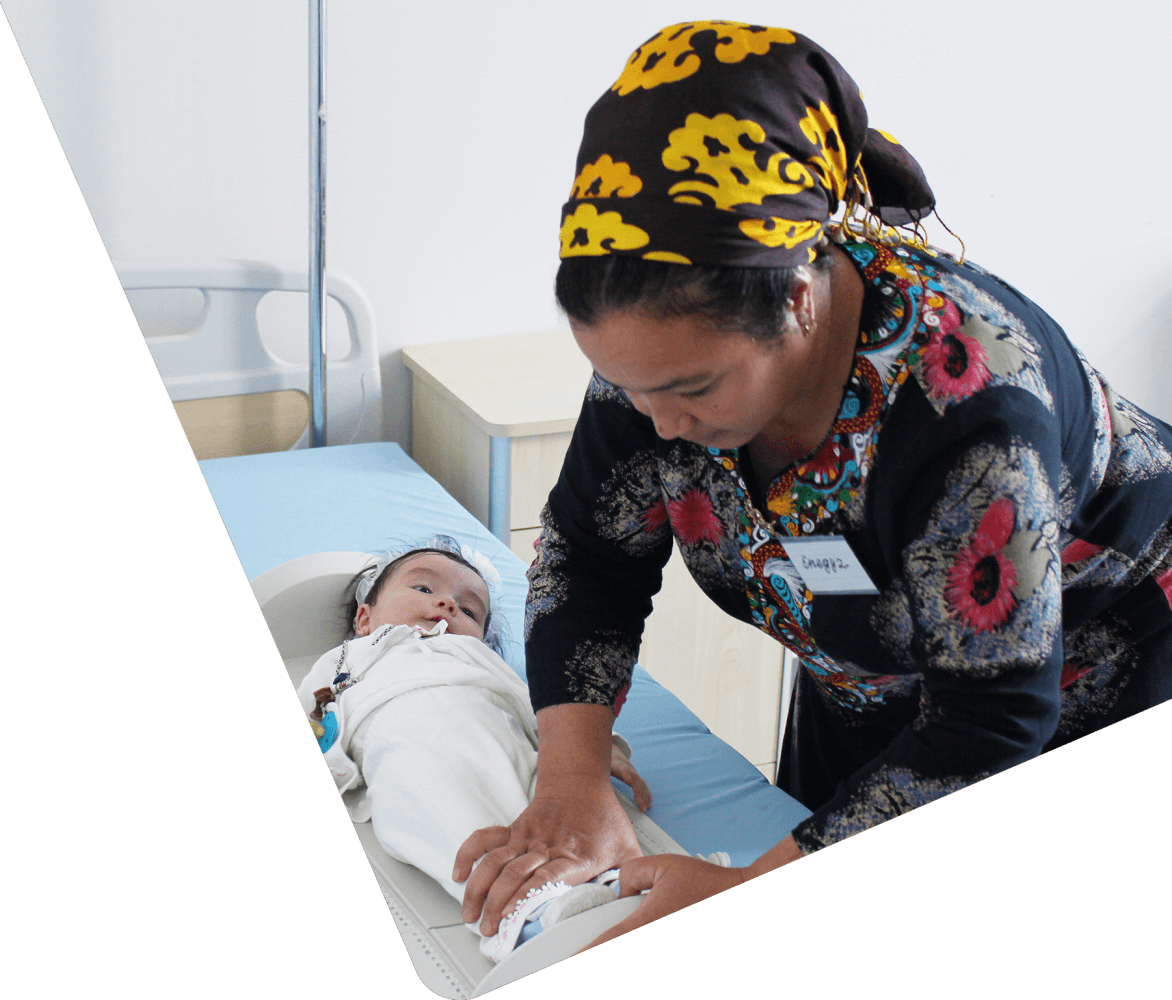 Tajikistan is one of the poorest former Soviet Republics, having suffered a five-year civil war from 1992-1997. Tajikistan’s relatively desperate situation – its health system was near collapse around 2000 – may have made leaders more open to health reforms than in other Central Asian countries.

Since 2000, Abt Associates has partnered with the Tajik government on a series of health system strengthening efforts that contributed to significant reductions in child mortality and improvement in health outcomes. Through Feed the Future, we are providing essential medical equipment, training hospital staff, and updating clinical guidelines in maternal, newborn, and child healthcare (MNCH). We also are working to prepare Tajikistan for the effects of climate change.

The decrease in the mortality rate for children under age 5 between 2000 and 2015, when Abt and others shifted the health system’s focus to primary and preventive care.
51%

Improving the Quality of Health Services in Central Asia

The Right Training and Equipment Save Tajik Triplets' Lives

From Fearful to Confident: One Tajik Doctor’s Journey