Harvest II is like a bridge to safely bring me across difficult roads. I am connected to more actors, which helps me to establish stronger business relationships and increase my sales.
Khun Sopheap
Orange Trader, Pursat Province, Cambodia 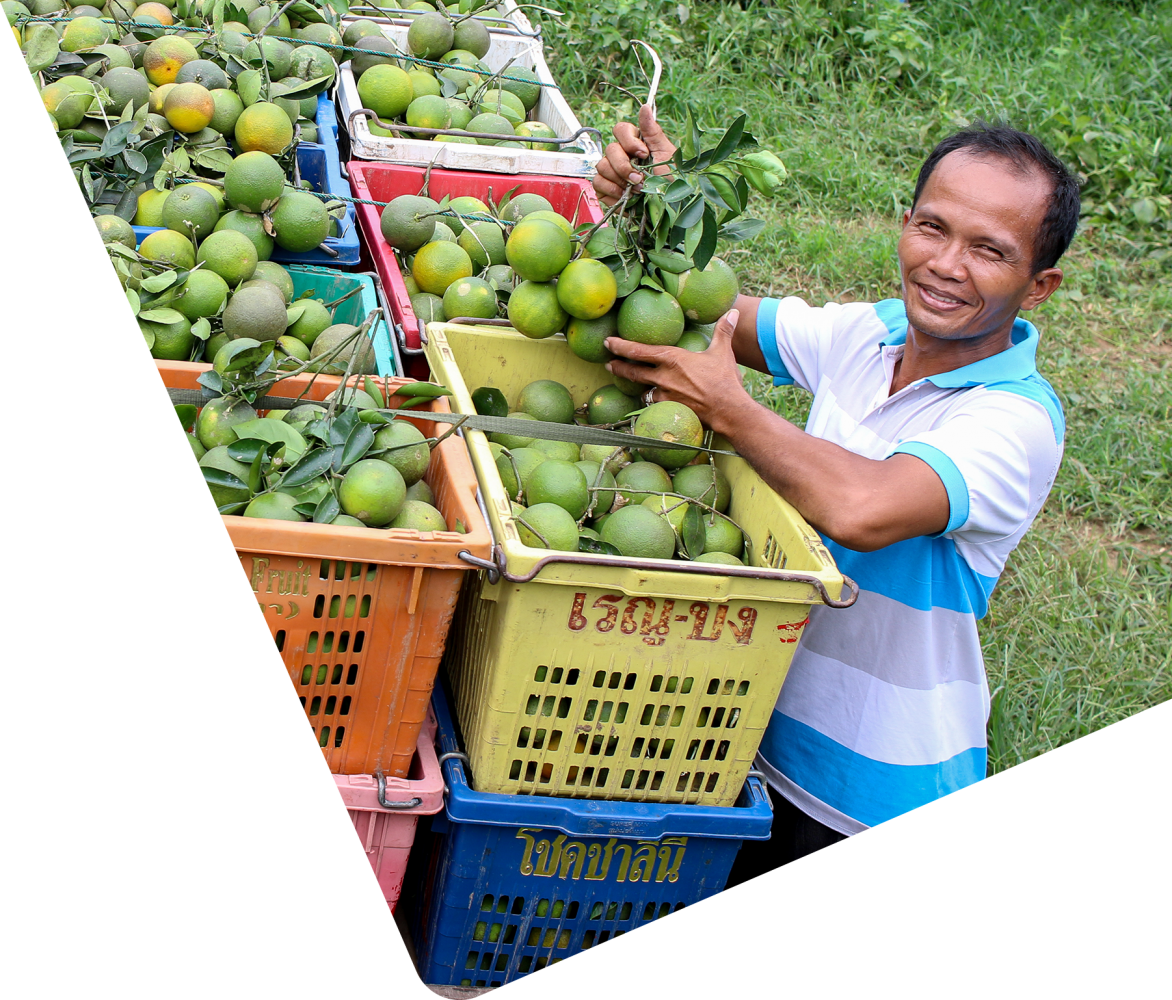 Historically, Cambodia has been a poor and largely agricultural country, and has suffered from decades of conflict. However, its economy has grown by 7 percent to 8 percent annually since 2000 and it attained the status of a lower middle-income country in 2015. Nonetheless, it faces many development challenges and over a third of its population is poor or near-poor.

Abt Associates manages USAID Cambodia’s flagship agriculture program, Harvest II, which employs a buyer-led/market systems approach to accelerate the horticulture sector’s growth and increase incomes for many vulnerable producers seeking a reliable pathway out of poverty. Under the regional Clean Power Asia program, Abt is providing guidance on investment in renewable energy, a critical component of continued economic growth. Working in Cambodia’s health sector, Abt helps the country develop and implement a plan to reduce the incidence of malaria.